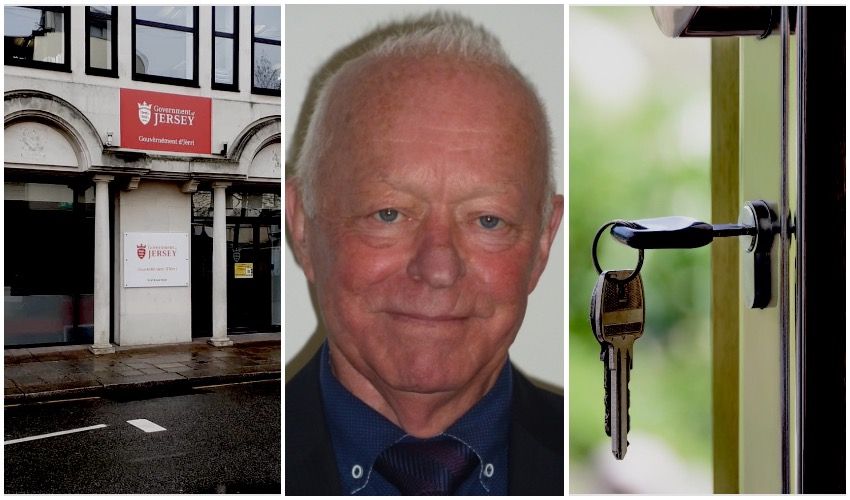 The founder and outgoing Chair of the Jersey Homes Trust has fired a parting shot at government, slamming the “profound failure” to provide decent housing on the island and calling the current system a "rudderless ship with a sleeping captain."

Michael Van Neste, who will be retiring this year after more than 25 years' service, made the comments in the JHT's twenty-sixth annual report.

In his final report for the Trust, Mr Van Neste - due to be succeeded by local lawyer and JHT trustee of 10 years, Philip Le Cornu - observed that though the Government disagreed on whether it was a crisis, it was clear the island had "sleep-walked into a crisis that is now seriously affecting young families, causing homelessness, poverty and despair."

Mr Van Neste noted that after the Housing Department was transformed into Andium, an office called the Strategic Housing Unit established.

"Regrettably, this has not been a success," he commented.

"The Housing Ministers who followed have not been supported with a properly functioning, properly staffed Department, developing a continuous and strategic oversight of housing need and supply, which should have been its primary concern."

He also took aim at the "fragmented and ineffective bureaucracy" around the department, highlighting the involvement of "departments with disparate objectives, agendas and policies, delivering reports, seeking sundry intervention and powers and achieving little."

He likened the system to a "rudderless ship with a sleeping captain", and said that currently, "the proliferation of agencies, committees and Departments with an interest in housing issues cannot be helpful."

The Affordable Housing Gateway - a central waiting list for those needing affordable housing - was something the JHT "firmly supported", according to Mr Van Neste.

He said however that the current Gateway "falls short of UK standards," with "harsh" rules that "discriminate against many Jersey families in need of affordable housing" - something that was also brought up in the Housing scrutiny panel's recent 'Affordable Housing Supply and Delivery Review'. 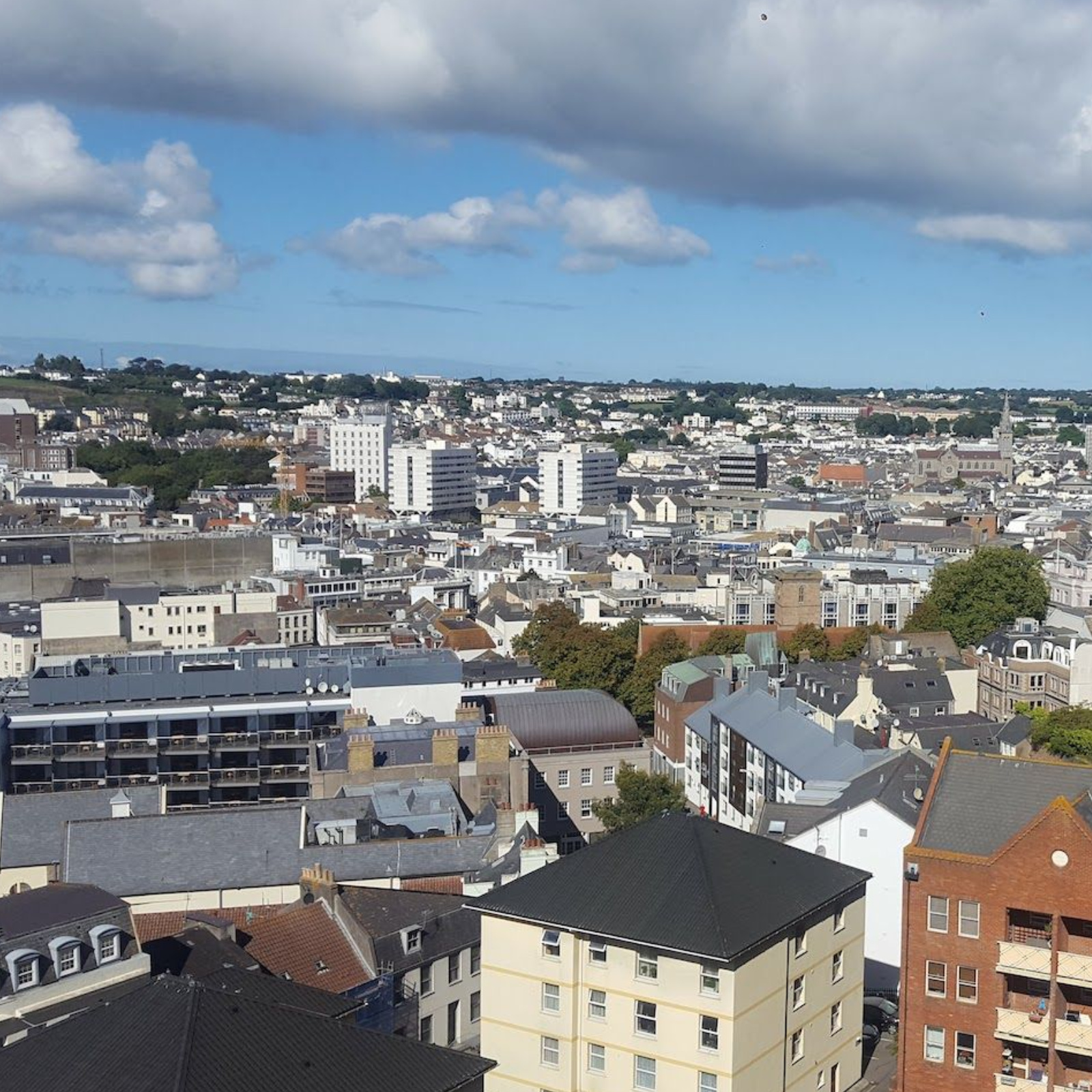 Pictured: Mr Van Neste highlighted a need for more sites to be identified for housing on the island.

Giving an example, he pointed out discrimination against couples without a child or a dependant, as well as how it misrepresented the true levels of housing need in the island.

"It is a serious injustice if, for example, couples without dependents are denied this opportunity.

"Furthermore, such exclusion distorts the official statistics of housing need, because the Gateway's waiting lists are relied upon to measure need and to inform Government policies," he observed.

"By this means, demand has been geared to meet supply, instead of the other way around. For many years, the official record of housing need has been artificially manipulated and its true extent unrecognised. The result is a housing crisis."

He praised the Housing Minister for announcing an intention to phase out these rules over several years, but criticised that delay, saying "it will take years to rectify the mistakes of the past."

Mr Van Neste argued for "simple and well-understood measures", as well as sites available for providers, noting that a "second year has passed without an opportunity for the Trust to commence any further development."

Indeed, he noted the Government has been "been slow and reluctant to release redundant sites, owned by the Public, for housing development."

This need for new sites was also highlighted in November by Head of Capital Projects for Andium Homes, Stephen Lilley, who said to reach their aim for 3,000 new homes by 2030, they would need more sites and were "ever hopeful that a surplus Government site will be offered up in that regard."

Mr Van Neste praised Environment Minister Deputy John Young for his efforts to deliver new sites in the Island Plan, and welcomed any attempts by Government to alleviate the crisis.

Following on from this, he also spoke in favour of the States Assembly's decision to reduce the rental cap from 90% down to 80% of the comparable market level, saying that if an increase in supply to meet demand could be achieved, the combination could reduce expectations in the private sector.

"That will be key to resolving the housing crisis in the rental market," he remarked.

According to the report's figures, Jersey Homes Trust has 839 units of accommodation, as well as three commercial units. Due to the pandemic, the report notes the average gap for re-letting a property went up to 17.68 days - almost 17 times what it was in 2019 - with "social distancing during the covid emergency prevent[ing] different contractors working together and delay[ing] the inspections of premises by prospective tenants."

The future of social housing has been a key point of discussion in recent months. In October, it was announced that the Government would pick up the tab for Andium's rent freeze, which will continue into this year, and, more recently, a 'Fair Rents Plan' was published by Housing Minister Deputy Russell Labey, which puts forward widening the social housing gateway to applicants without children reduced to 25+ by 2025.

"As is the case in overcoming the supply-side challenges in Jersey’s housing market, delivering change in the rental sector will not happen overnight," Deputy Labey commented in the introduction to the plan, saying he was "confident" it laid out foundations for "improving" the rental market.

Express spoke with Michael Van Neste earlier this year about housing on the island... 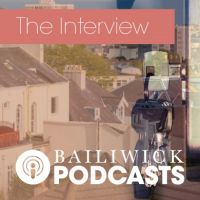 Posted by Guy de Faye on Jan 13th, 2022
I thank Mr Van Neste for his measured commentary, which was very polite under the circumstances. In fact, the Government of Jersey has not "sleep walked" into a crisis, but it has allowed it to take place in full knowledge of all the issues and has even contributed to making matters far worse than they need be.

When I was a member of the Planning, Environment and Public Works Committee in 2003 the matter of planning for future house building was an early subject for consideration. I asked whether the calculations included Jersey born people with full housing qualifications living and working abroad who may, ultimately, wish to return and live in their home Island. The planning formula did not include this cadre of local folk, primarily - it seemed - because nobody had the slightest idea of the numbers involved. The potential runs to many thousands.

However, the government of the day DID know about the growing number of elderly residents, as well as the steadily increasing population figures, fuelled by immigration and a misguided economic policy - recently running at 1,400 new residents per year. It is these continually rising numbers that have seriously distorted the demand and supply relationship in Jersey's accommodation market.

Whilst the retiring Jersey Homes Trust chairman is also right to highlight the reduced Andium rental cap from 90% to 80% of current market values, I must point out that the principle of linking Andium rentals to the private rental market is fundamentally wrong.

Andium homes are owned by the government on behalf of the people of Jersey and are not part of Jersey's property market. This association is a fallacy and was contrived in order to "prop up" private sector rental values. This abuse of Jersey's "less well off" residents has been supported over the years by numerous States Members, who happened to be private landlords. Andium rentals continue to be unnecessarily excessive, presently aggravated by the "financial skim" placed on Andium tenants in order to fund Andium loans and future construction projects - both of which should be funded from general taxation.
Posted by Keith Marsh on Jan 13th, 2022
Until Jersey wants to solve this problem, by building cheaper 2/3 bedroom family homes, with gardens, on medium sized estates, they will not succeed. There is too much profit by building luxury 4 bedroom detached individual properties. There has to be a will to change and this government does not have such desires.
To place a comment please login Login »