Durrell win race to save the world's rarest tortoise 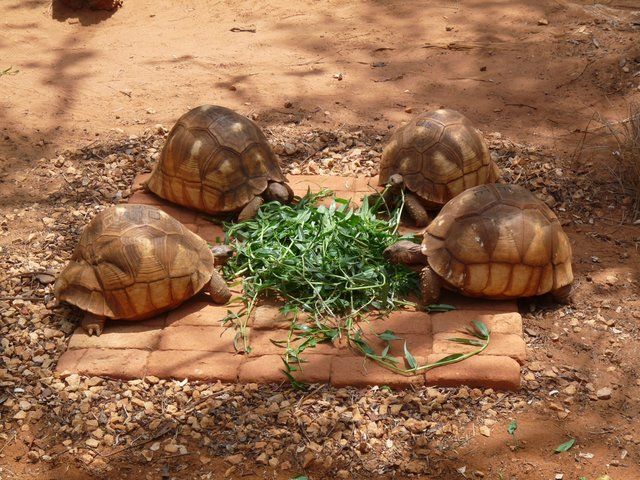 Durrell win race to save the world's rarest tortoise

One of the world’s rarest tortoises has been saved from extinction and more than a hundred of them have now been released into the wild.

The species is not known for its speed and the milestone release hasn’t come about quickly either – it’s taken more than a decade for Durrell conservationists to introduce so many golden-domed ploughshare tortoises, bred in captivity, into their native home in Madagascar.

Durrell’s Madagascar Programme Director Richard Lewis said: “For me personally this was the fruition of ten years hard work. When Durrell first proposed the idea of releasing ploughshares, many experts said that it couldn’t be done. We had to make the rule book ourselves, and to-date this release is still one of the few successful tortoise reintroduction projects in the world.”

Twenty more tortoises, a species threatened by habitat loss and the rise in poaching for the illegal pet trade, were released last week when a team from the world renowned conservation charity made the gruelling two day, 150km journey to Beaboaly.

Durrell is now focusing its conservation efforts on anti-poaching, law enforcement and teaching the locals how to look after their precious tortoises - a species still dangerously close to extinction.