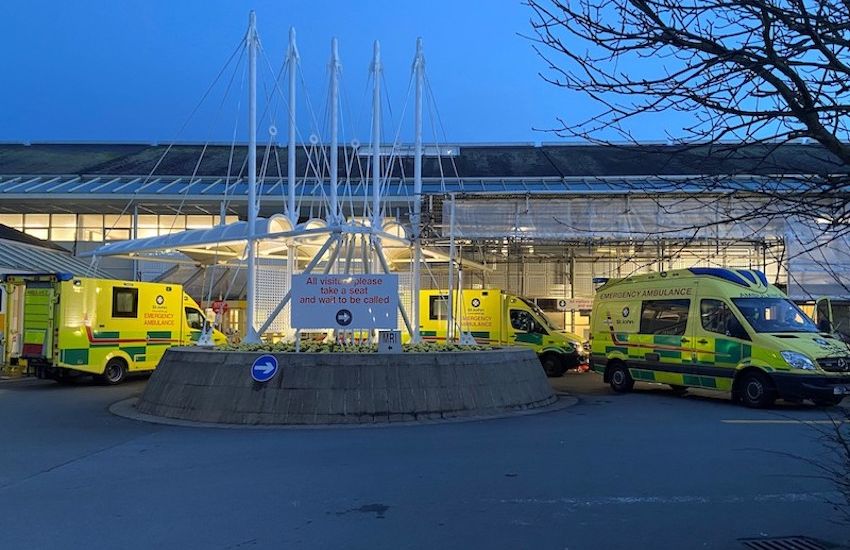 A Guernsey A&E doctor, who resigned over the decision to vaccinate 12 to 15-year-olds, has said he was threatened with disciplinary action for “just asking a few questions” of the island’s Law Officers.

Dr Scott Mitchell resigned from the Emergency Department of the island’s Princess Elizabeth Hospital this week.

He said he wanted the island to hold off administering the vaccine to children in the 12 to 15 age group, as “the risk of serious covid and hospitalisation…is almost negligible.”

Dr Mitchell’s issue with Guernsey's Health Department's plans revolve around a perceived divergence from guidelines issued by the Joint Committee on Vaccination and Immunisation, which normally only recommends vaccination when there is a direct health-related benefit to the individual receiving it.

The JCVI did not oppose vaccinating 12 to 15 year olds, but said that they were unable to recommend it because they would not receive a direct health benefit.

However, it has been argued that avoiding disrupting a child’s education and the associated mental health impacts, coupled with a green light from the Medicines and Healthcare products Regulatory Agency, are reason enough to offer the vaccine to young people.

In line with what has already been happening across Europe for many months, and a subsequent approval in the UK, Jersey and Guernsey recently announced that they will be going ahead with vaccinating 12 to 15-year-olds.

Dr Mitchell argues that we simply do not know the lasting effects of the vaccine on the general population, let alone children.

“We have no long-term safety data; in terms of widespread use, we’ve only got nine months of data.

Following his resignation, Dr Mitchell now faces the prospect of having to leave the island after five years working at the Princess Elizabeth Hospital. It’s something that he laments but said is an inevitable repercussion of doing what he felt was “morally right”.

He also said he had been threatened with disciplinary action.

“…I got an email from the Medical Director threatening disciplinary action just for sending an email of my concerns to the Law Officers, Dr Brink, and States’ members, because I was using my states email account.

“It feels rather tyrannical here at the moment, facing disciplinary action for just asking a few questions. I couldn’t quite believe it.”

The States of Guernsey said it wouldn’t comment on individual employment matters when asked by Express.

Guernsey’s health service continues to emphasise that the vaccine is voluntary, and all young people invited for one will received supplementary information so they can discuss the offer with their parents.

Pictured top: Dr Mitchell came to Guernsey from Scotland to work in the Emergency Department of the island's Princess Elizabeth Hospital.