Guernsey landlord under fire for calling prospective tenant a "leacher" 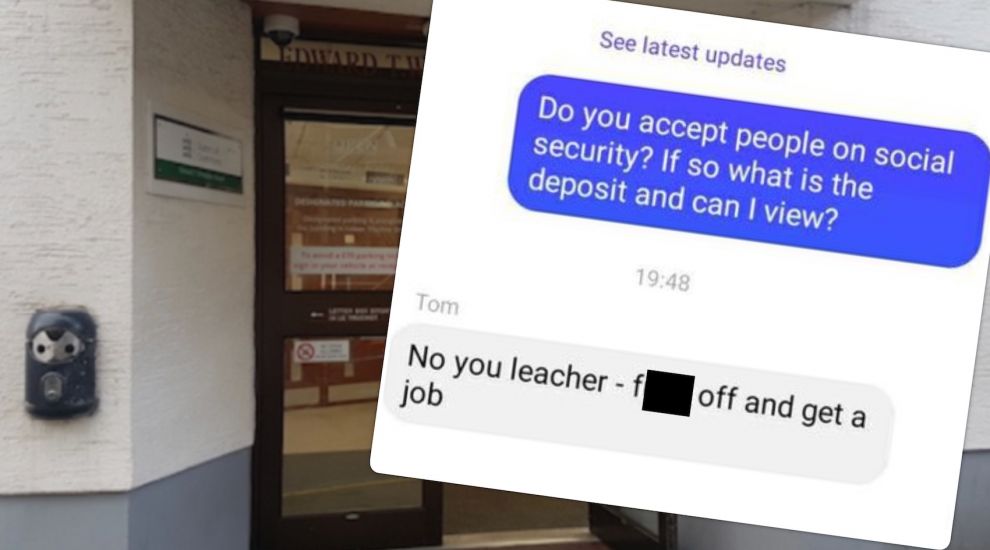 Guernsey landlord under fire for calling prospective tenant a "leacher"

A young Guernseywoman, who asked if a landlord accepted tenants on Social Security, was told to “f*** off and get a job” - with the landlord telling Express that claimants should be "put to work on litter picking patrols on Lihou".

There are very few protections for prospective or current tenants in Guernsey law, neither is there much protection for landlords - an issue the island's Environment and Infrastructure Department is looking to tackle.

The intervention of government in the private rental sector is something that is currently under review, but for the time being there is little recourse for people discriminated against.

Express confirmed the message was legitimate by contacting the landlord, Tom Whitby, who stood by his comment. 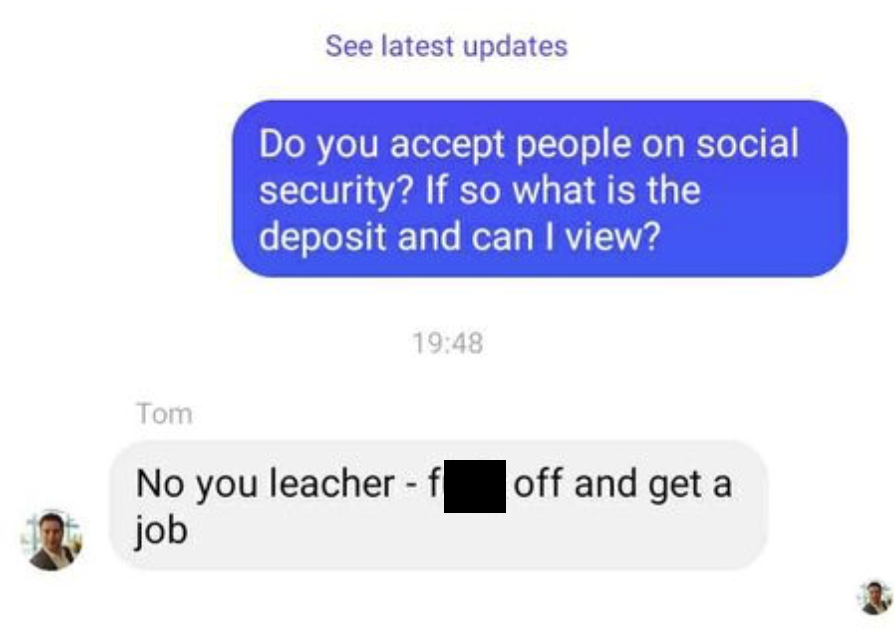 Pictured: The above exchange was published on Facebook by a young woman, who asked if the landlord accepted people “on social security” – it’s not clear whether she was asking for herself or potentially a friend or family member.

“We operate a high quality and professional Category D property that is vital to Guernsey’s vibrant society and economy," he said. "We welcome gainfully employed tenants from all backgrounds without discrimination."

“While I regret my language, I stand by my quote – in my view the level of housing benefits available on island is outrageous and morally I refuse to profit from it.

“I believe basic States housing should accommodate social security claimants. Preferably on Lihou, where they can be put to work on litter picking patrols."

Pictured: The President of the Committee for Employment and Social Security, Deputy Peter Roffey, said some people are too judgemental of those asking for help.

Asked for his view, Guernsey's Employment and Social Security President Peter Roffey said: "There's far too much stereotyping of people on income support in the community. By and large they are people with legitimate reasons to claim benefits and it's time for the community as a whole to cut out these attitudes."

He also raised the point with Express that many islanders will claim benefits at some point in their lives.

"Some people work full time but are on relatively low wages, and some just because it's been a difficult year in Guernsey and they're looking for work."

Deputy Roffey expressed disdain at the comments made and said everyone is entitled to ask for services, or to be turned down politely if deemed unsuitable.

"Unfortunate is too mild a word," he said of the comments. "It's despicable that people should tar others with some kind of judgemental brush and refuse to provide goods and services, which is effectively what accommodation is."