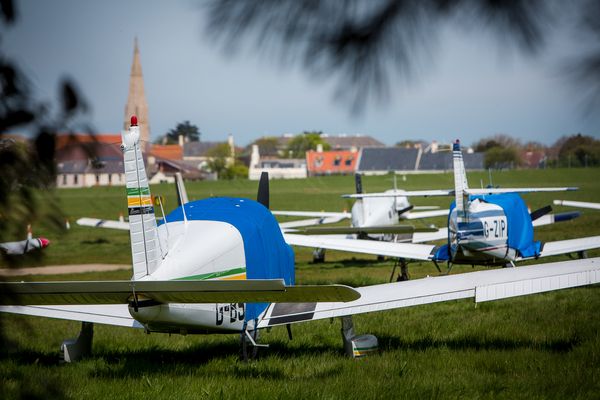 Jersey's aircraft registry may have only secured two customers in its first year but the politician in charge is certain it will soon be making money.

The registry costs £116,000 each year to run, but the Economic Development Minister, Senator Lyndon Farnham says it could be a “slow build,” with the potential for multi-million pound profits in future years. When it was set up, it was reported the registry could generate up to £20million a year.

Guernsey’s aircraft register, set up three years ago, has been very profitable and the Minister wants more of the same in Jersey.

He said: “It’s true that we are having to compete after coming into the game fairly late. There are set-up costs, but it is absolutely vital that we continue to develop aircraft registration in Jersey.

“We are very keen to get it going and we are playing a long game. There is a cost element in the early years but income generated will more than compensate for that in later years.

“There are a lot of private aircraft here in Jersey and I’m told sales are very buoyant. We have got to make sure we take advantage of that as an increase in aircraft registration will bring all sorts of benefits to Jersey.

“Revenue will be created through fees charged by the registry and we hope it will lead to other jobs and revenue creation in the form of crews, pilots and catering staff.”

A net budget of £116,200 has been allocated by the States to manage the registry in its first full year of operations and this will be reviewed annually as the registry develops.

Then-Economic Development Minister Alan Maclean set up the Aircraft Registration (Jersey) Law, which was launched in November 2015 - amid reports that it could generate up to £20million.

The registry would allow aircraft, aircraft engines and aircraft mortgages to be registered in Jersey and gave the Island the registration prefix ‘ZJ-‘

Jersey was way behind Guernsey in setting up a registry even though the Islands worked together until August 2013 and had planned a joint Channel Islands aircraft register.

But Guernsey decided to fly solo in 2013, registered on their own and have since reaped considerable benefits.

Ports of Jersey are hoping to improve hangarage at Jersey Airport in their multi-million pound re-development plans, in the expectation that it will entice more aircraft registration in the Island.

Deputy Andrew Lewis raised the issue in the State this week, and said Jersey “came in very late into this potentially profitable market.”

He added: “I think the fact that the airport is soon to be up-graded cannot come at a better time as you don’t want to be parking a £35million plane in the elements, in 50mph winds, so I hope the improved hangarage will help us get more aircraft registrations.

“Two aircraft is not a great return so far, but the amount of revenue which could be generated would be substantial, although there will be a period of time before this starts to bear fruition. But we are well into this and there has not been good progress, although the Economic Development Department is really keen to do something about it.”

Posted by Thomas Hunter on Sep 29th, 2016
As usual Guernsey get their act together while Jersey is still thinking about.
To place a comment please login Login »