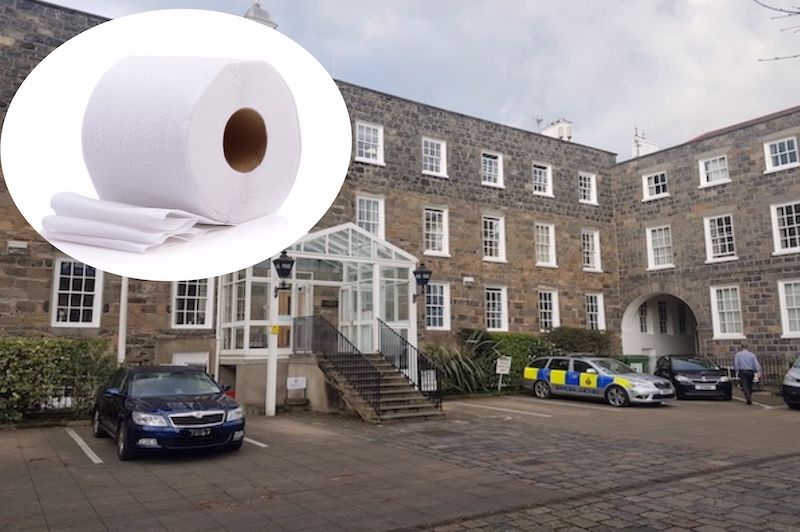 A 31-year-old man from Guernsey, who attempted to flood a cell at the island's police station while drinking water from the toilet and throwing wet toilet roll at the walls, has been handed a hefty fine.

Ciaran Millar (31), who appeared in the Magistrate's Court for sentencing this week, was first arrested at his home in the early hours of the morning on 21 May.

He had resisted officers while in custody, so was taken to a cell to be restrained.

Guernsey Police officers claimed they gave him a drink of water in the cell, which he threw to the ground - though this was disputed by Millar's advocate.

While in the cell, the defendant filled the sink with toilet roll so it was blocked and turned the taps on, meaning the water overflowed and started to cover the floor. He then repeatedly spat on the floor and told the officers they would have to clean up his mess, because he wasn't going to.

At this point, officers turned switched off the water supply to the cell to stop it from flooding.

Millar, who claimed he was thirsty and had been asking for a drink, went on to use his hand to drink water from the toilet bowl and splash more over the floor. "You're making me drink toilet water," he told the officers. 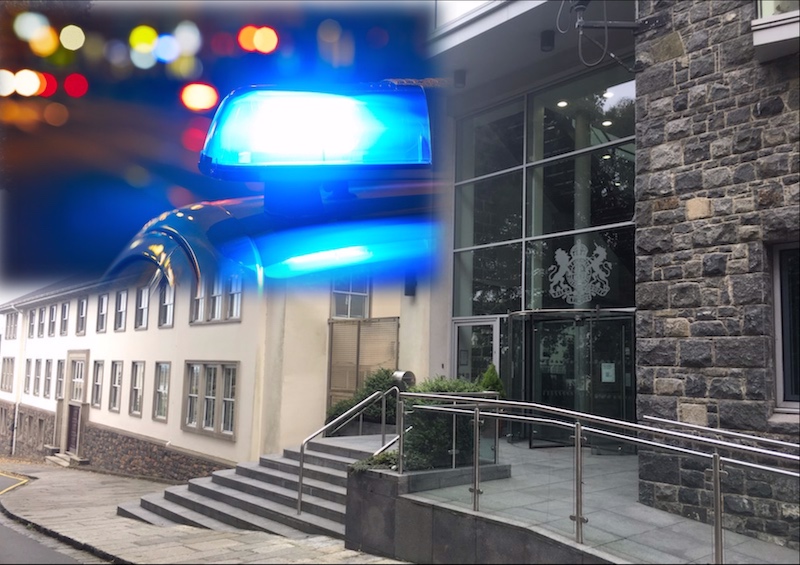 Pictured: Officers arrested the defendant in the early hours of the morning. However, it was his actions at the station that led to him ending up in court.

He soaked toilet roll in the water that he had splashed on the floor and proceeded to throw it at the walls and at the CCTV camera in the cell, before going on to drink some of the water off the floor. He also took the mattress off the bunk and soaked it in the water.

The defendant then attempted to sweep some of the water and the soaked toilet roll under the cell door and into the corridor.

When officers did give him water, he drank it, crumbled the polystyrene cup over the floor and asked for more.

He was eventually arrested for criminal damage, to which he responded: "it's not damage - give me a mop and I'll clean it up".

Guernsey Police had to have the cell professionally cleaned at a cost of £90. No permanent damage was caused.

Millar has a number of previous convictions and has a history of criminal damage.

In his defence, Advocate Candy Fletcher said the defendant had cooperated with police to begin with and had gone calmly to the station, but had become agitated over a dispute with officers in custody. This led to a physical altercation in which Millar was taken to the ground.

"His mood changed as a result," Advocate Fletcher explained. "He was upset at the way he'd been treated."

She also told the court that the defendant had been struggling with mental health issues and had been asking to speak with a doctor.

Millar was let off with a £450 fine as an alternative to 22 days in prison, which he will have to serve if he doesn't pay. He has also been ordered to pay an extra £90 in compensation to the States for the damage he caused.

No evidence was presented to back up the arrest that led to him being taken to the station, and he was not charged in relation to the original incident.