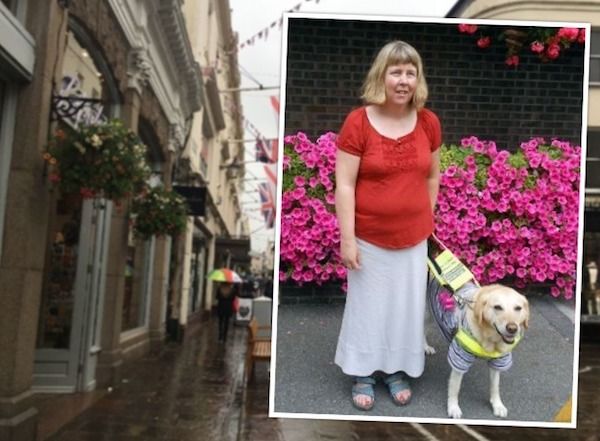 A guide dog user has spoken out over the “vicious” and “upsetting” abuse she has received from islanders who have accused her of faking her visual impairment.

Jenny Stafford is calling for greater compassion and understanding of visual impairments after having her sight loss questioned by hostile members of the public.

She told Express that her first instance was when she was with her guide dog, Pacha, in the bus station. “I got accused by a lady – a member of the public – of pretending to be blind, and told me that the only reason I had a dog was so I could go to Social Security and get every payment going, which was upsetting.”

But that instance sadly was not a one-off.

“Then I had nine months where I was back on my cane and I had people who were trying to grab me to frogmarch me across the road. I had a lot of verbal abuse when I had my long cane… Recently, when I was training my new guide dog I was told by someone I was only pretending; I didn’t need a guide dog, there was nothing wrong with me,” Jenny recalled, later expressing concerns over the difficulties of reporting abuse without being completely sure of what the perpetrator looks like. 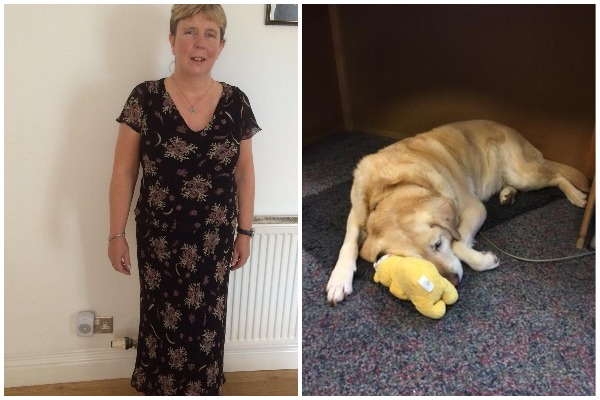 Pictured: "What should I look like if I look blind?" Jenny asks.

Although only coming from a small number of people, she added that she had been shocked by the comments she had received, especially the accusations, which she found especially “hard to take.”

“It’s only the minority, the majority of people are really helpful and will stop and ask if I need help if I’m going the wrong way. But the minority can really be cruel and upsetting when you’re trying to live your life as independently as possible.”

But she feared that things could be worse for those with a less obvious disability. “What should I look like if I look blind? You get really crazy comments like that. But it’s really the people who are probably losing their sight, or don’t feel their sight is bad enough to use a long cane or to have a guide dog, I think they come across quite a lot of problems.”

That concern was shared by sight impairment charity Eyecan, who told Express of a scattering of incidents affecting some of their clients who don’t use aids such as canes or guide dogs. 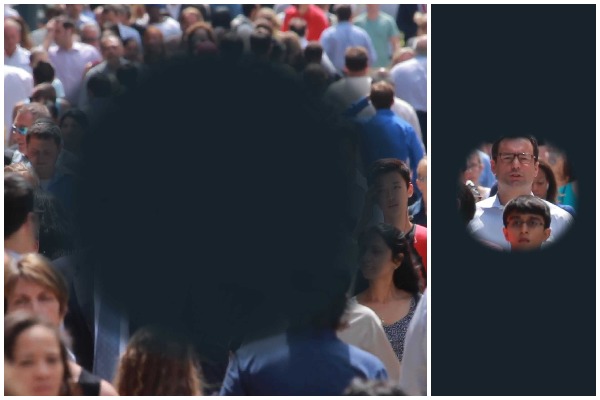 Pictured: Sight loss doesn't conform to a single stereotype, but can take many forms, such as Macular Degeneration (left) or Retinis Pigmentosa (right).

Eyecan’s Welfare and Advocacy Officer, Sarah Shaw, explained: “People have been told that a member of the public doesn’t believe they’re blind, that they’re fake. It’s hard enough without having people doubt you. There are lots and lots of different ways that you can be sight-impaired and your vision will be very different, but people are making these assumptions.

“In recent years we’ve had a rehabilitation officer so there’s been somebody helping them to gain mobility skills, so more and more people are going out with canes, the last thing we want is members of the public to go up to those people and casting doubt about why they should be mimicking or pretending to be sight-impaired.”

The main issue, she said, is down to misconceptions from members of the public, which the charity is aiming to dispel.

Eyecan say that many expect blind people to look like Stevie Wonder, who “wears dark glasses and moves his head rhythmically, without directional focus.”

But the reality is that visual disabilities often look very different – especially given that just 4% of people registered as sight-impaired are “completely” blind, with zero perception of light. Some will struggle with “black spots”, while others will have their lives complicated by the challenges presented by “tunnel vision.”

“People have got this image in their head of what a blind person looks like, and that’s nonsense because for most of our clients, you won’t notice any difference in their eyes at all, it’s just that they’re not working properly,” Sarah explained.

They’re now working hard to tackle those misconceptions, and better educate the public on sight loss. Last month, they successfully held a fundraising walk from La Frigate to Bel Royal and back, which islanders were asked to complete while wearing goggles simulating a sight issue while being guided by a sighted partner. Named 'Walk in My Shoes', the event was held in memory of islander Glen Robertson, whose impairment wasn't immediately obvious.

Jenny’s sporting efforts also go a long way to tackling stigma and proving the capabilities of those with sight loss. She has previously taken part in the London Marathon, and was delighted to recently smash a sea, saddle and running challenge after being contacted by the Jersey Sports Association for the Disabled.

Pictured: Glen Robertson, who inspired the 'Walk in My Shoes' challenge.

Although recognising that identification can be “difficult”, Police nonetheless urged those with sight loss “not to be worried” about making reports against those who have verbally abused or harassed them.

A spokesperson said: “I would advise those persons to call the police there and then (and not be worried about calling), to maximise the chance of us identifying the person’s responsible, i.e. they may still be in the area or there may be witnesses in the area who saw the abuse.

Posted by B De Gruchy on Jul 5th, 2018
I've always admired the bravery of the blind or visually impaired to navigate this world as they do. Well done Jenny for speaking out. You and others like you deserve all of our protection from these cowardly acts.
Posted by Jennie Tadier on Jul 6th, 2018
I have met Jenny on several occasions when she was accompanied by Pasha her former guide dog,mostly in a professional capacity. She is an unassuming personable lady with acan do attitude toward her disability, how anyone could be so uncaring and unkind has absolutely disgusted me. I know however upsetting this has been for Jenny she will rise above it and continue to meet future chalanges.
To place a comment please login Login »