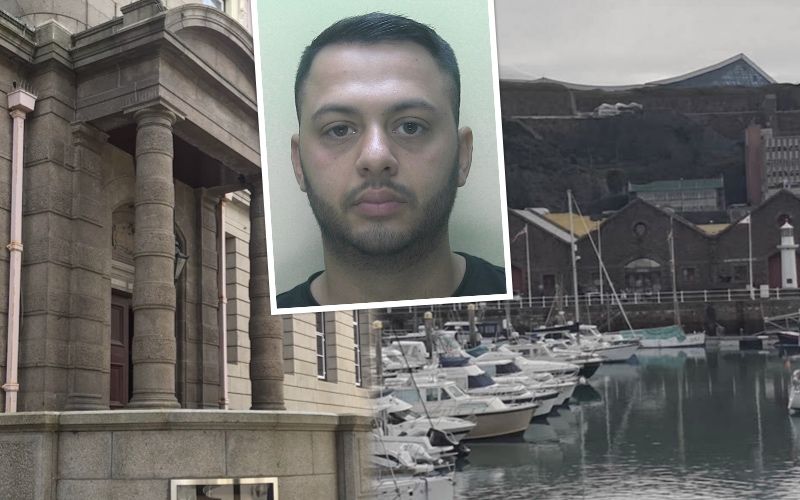 A 26-year-old man who raped a woman at the Harbour has failed to have the jury's verdict overturned.

Mark Fernandes was found guilty of raping a woman, who was too drunk to consent, by a jury after a six-day trial last October.

The jury also found him not guilty of a second count of rape alleged to have happened against the same woman at his home later that evening.

He was sentenced to four years in prison in February.

Now the Court of Appeal has rejected Fernandes’ attempt to overturn the jury’s decision.

At a hearing last month, his lawyer, Advocate Julian Gollop argued that there was an “abundance of independent evidence” which undermined the Crown’s case and which provided support for Fernandes’ “reasonable belief” that the woman was consenting to sex.

This independent evidence included the witness statements of two Harbour security guards and CCTV footage, which showed six other members of the public were present on the marina promenade at the time, none of whom intervened, raised the alarm or came forward following an appeal for witnesses.

He also argued that the evidence in support of the “reasonableness of Fernandes’ belief in consent” was not given sufficient weight at the trial, and there was a “logical inconsistency” between the two verdicts – guilty and not guilty – given by the jury.

At the Appeal, the Crown, represented by Advocate Rebecca Morley-Kirk, maintained that it was obvious to anyone that the woman was incapacitated by drink: she could not stand, hold onto her belongings, walk unaided or make basic decisions.

She was, by 00:30 - when she and friends arrived at Liberation Square - extremely vulnerable and incapable of consenting to sexual intercourse, said the Prosecution.

Rejecting the Appeal, Jonathan Crow, Lord Anderson of Ipswich and David Perry said in their judgment: “Having considered with care [Fernandes’] three grounds of appeal, we have also taken the opportunity to read (and re-read) the entire transcript of the proceedings.

“We have also viewed the relevant CCTV footage in its entirety. We have concluded that there was evidence to go to the jury and that there was no misdirection or error of law.

“The verdict of guilty on Count 1 of the Indictment [the rape at the Harbour] is a verdict that was properly and reasonably open to the jury on the basis of the evidence adduced at the trial.

“In these circumstances the application for leave to appeal is dismissed.”