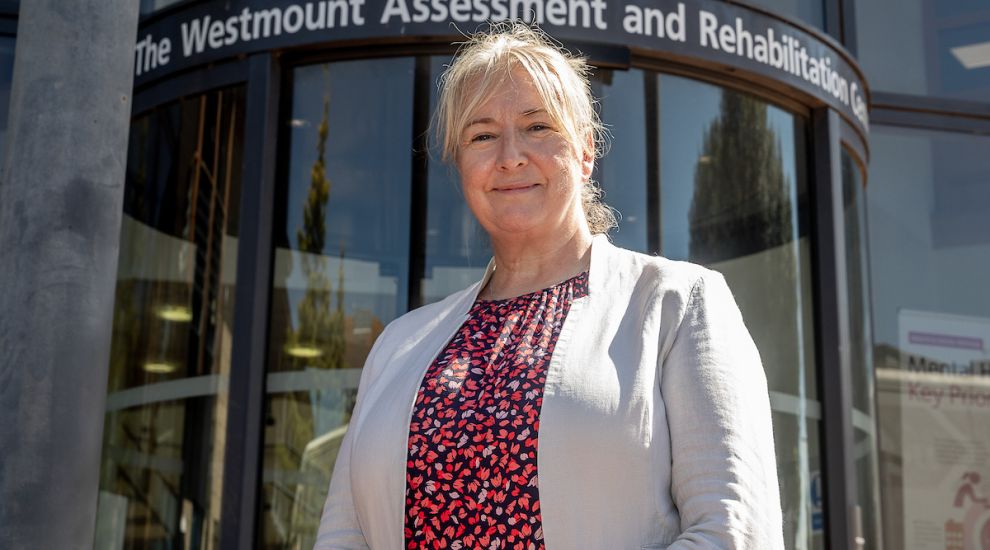 The Health Minister has revealed that she “encouraged” the author of a damning £85,000 report alleging a 'Jersey Way' within Health to apply to lead the new board overseeing the service - and then appointed him.

But Deputy Karen Wilson – who had the final say on appointing Professor Hugo Mascie-Taylor – maintained that the recruitment process was able to “weed out” any potential conflict of interest.

The decision to update Health’s existing oversight board flowed from a report by Prof Mascie-Taylor, which alleged that bullying, a "bias against standardisation" and "vested interests" are dominant in the island's health service and posed a threat to patient safety.

The recruitment exercise was carried out by a health-specialised UK executive search firm and overseen by the Jersey Appointments Commission.

Of the 52 candidates that were sourced, five progressed to interview. From the final two, Deputy Wilson appointed Prof Mascie-Taylor as Chair of the HCS Board on a 12-month contract.

It will see him paid £225,000 to work three days a week - with travel and accommodation expenses covered by the public purse - on putting in place “the key structures, processes, and culture and behaviours necessary to drive improvement, openness and transparency.”

Professor Hugo Mascie-Taylor has recently been appointed as the new Chair to establish the new Health and Care board. He will oversee the Health and Community Services Department as it works to advance the quality and safety of its services. pic.twitter.com/euiDls6vAv

One consultant told the JEP after the appointment was announced that some clinicians felt the appointment to have been “underhand” and were particularly concerned about Prof Mascie-Taylor’s existing relationship with Health Director General Caroline Landon and Medical Director Patrick Armstrong, who he had previously mentored on a weekly basis.

Appearing before Scrutiny this week, Deputy Wilson admitted that she had “encouraged [Prof Mascie-Taylor] to consider whether or not he would be interested” in the top role.

“That was as far as my interest went and officers then took that forward in terms of sourcing a number of people.”Defending the process, she later added: “I think there were enough stages… before it got to my decision to weed out any conflict in that regard and I think what I was satisfied with was having been presented with two candidates to compare that the candidate who was successful was the one that met the requirements of the job.”

Assistant Health Minister Malcolm Ferey, who was also at the Scrutiny meeting, added: “The Appointments Commission was involved in the process to ensure independence and transparency.”

The Chief Minister was forced to state her “confidence in the process” in the States Assembly last month when Health Scrutineer Andy Howell said she was aware of concerns among health staff about the appointment, given Professor Mascie-Taylor's "previous professional relationship with members of the executive."

She also said that it was "very unfortunate" that the other finalist – whose identity has not been disclosed – was not chosen, as they "would not have had the same conflicts of interest".

Author of damning £85k report appointed to lead Health board

IN-DEPTH: “How much evidence does Jersey’s health service want?”

Posted by DavidPaul97 on Dec 5th, 2022
Anyone with any previous dealings with the top 3 or 4 layers of health should automatically have been disqualified so that they are in a position to make ANY recommendations.
Posted by Aston Francis on Dec 6th, 2022
Perhaps we should wait for the Prime Minister's reassurance that everything is fine. That it is OK to nominate a friend of Director General Landon and a mentor to Group Medical Director Armstrong to the prestigious role of the non-executive chair of the new this time independent board to oversee the performance of Director Landon and Director Armstrong. The role, that Professor Mascie Taylor himself invented recently in his damned 85k report commissioned by Director Landon. Given the circumstances, it must be hard for the professor to remain neutral and hence the executive pay of £225k plus accommodation and travel - all unlikely to exceed £350k - but it is OK given he is committed to working for 3 days each week. Similar non-executive chairs of NHS boards at the largest UK trusts earn in excess of £60k per year and they are not provided with accommodation. It is not clear if the previous, less independent board members received any golden handshakes.
Posted by Stathia Ekdikisi on Dec 6th, 2022
Health Minister Wilson selected (encouraged) her preferred candidate upfront, not sure if she encouraged anyone else. Then, without proper advertising of such high profile role an agency paid an undisclosed fee managed to identify over 50 other candidates to make an impression of a fair process. Out of the two final candidates Minister Wilson hand-selected 'the one that met the requirements of the job'. It happened to be the one she encouraged in the first place. So even the best one of the remaining 50+ 'background' candidates did not meet the requirements. Earlier we learned that no one from a Jersey had applied. They say in Russia that it is not important who votes but rather who counts the votes.
To place a comment please login Login »