“Heartbroken” family’s plea to dog owners: keep them on the lead 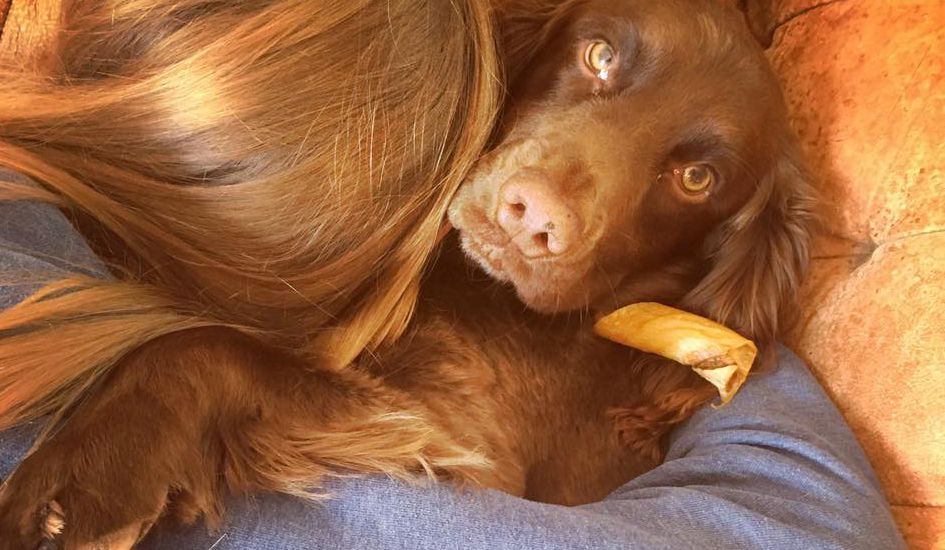 “Heartbroken” family’s plea to dog owners: keep them on the lead

A “devastated” family are calling for dog owners and walkers to keep their pups on the lead, after their beloved cocker spaniel - who went missing over the edge of a cliff - sparked a search by hundreds of Islanders.

Two-and-a-half-year-old Bailey went missing near Gronez Castle on Thursday morning, where he had been taken out in the morning for one of his twice weekly trips with the Jacobs family’s dog walker.

“Bailey went with [the dog walker] every Tuesday and Thursday, who would take him out with another group of dogs.

“I got a phone call at about 11:00 on Thursday morning, and she just said, “I’ve lost Bailey, I think he’s gone over the side." I just put the phone down and sped up straight to Gronez Castle, and we’ve been searching non-stop since then.” Cindy Jacobs told Express. 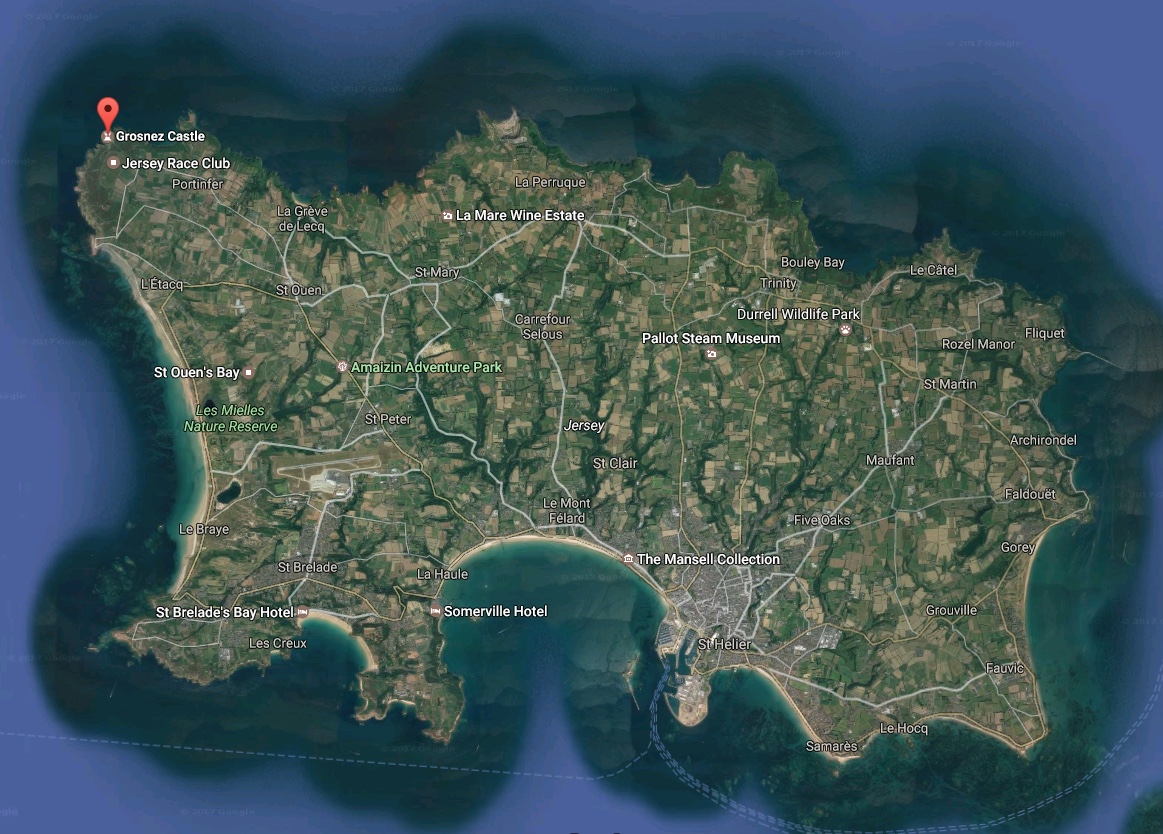 Pictured: Bailey went missing around Gronez, in the north-west corner of the Island. (Image: Google Maps)

Feeling, “…desperate, not knowing what to do, how to proceed and how to get a search put on,” the mum-of-two took to Facebook to ask for help spotting the brown working cocker.

In what was an unexpected development for Ms Jacobs, “…the post just went crazy” and “hundreds of people” turned out to look for the “friendly and approachable” Bailey.

“We’ve had the drones out looking for him over the edges, we’ve had boats going along the shoreline, we’ve had planes, we’ve had scent dogs… The overwhelming support from everyone has just been fantastic.”

But sadly the three-day coastal search wasn’t enough to bring him home. 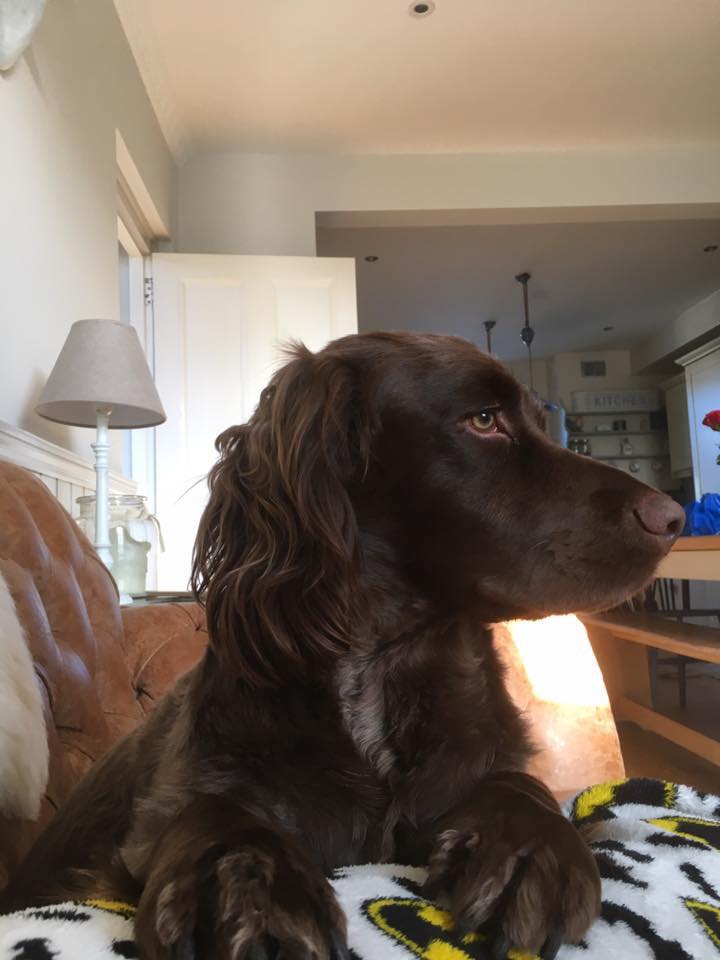 Searches were called off on Saturday night after three search dogs gave a “strong indication” that Bailey had fallen over the side of the cliff. Now they’re scouring the north-eastern coastline instead for “closure” – and won’t stop until Bailey is found.

“Not knowing is the worst thing… My two girls [nine and 15] are absolutely devastated.

"He was our baby. He just made the house what it was. The house is just quiet, we don’t know what to do with ourselves. It’s heartbreaking."

The experience has been so traumatic, Ms Jacobs said, that, if they do get another dog, the family, "...will never use a dog walker again."

But this trauma could be avoided if dog owners and walkers simply "put them on a lead" and walk them away from coastal paths altogether.

"Even when we were doing the search, you would see people getting out of their vans with six or seven dogs at a time and it just made my stomach turn, because you can’t control six or seven dogs in an area like that," Ms Jacobs explained.

"This is where I kick myself because the dog walker that we were using didn’t do a risk assessment. They obviously didn't understand the dangers of those areas. I’m trusting them with one of my dogs that is more like a child to me, and this didn’t need to happen."

Although "devastating", Ms Jacobs is determined for both pet owners and walkers to learn from her experience.

"It’s absolutely devastating that we’ve lost Bailey, but I want something good to come out of this. I do not want anyone else to have to go through something like this because it’s just awful."

Posted by Sean Patrick Power on Feb 20th, 2017
Very sad story. It raises questions about what were the weather conditions; how many dogs can be managed safely on a leash; the safety issues in this area with regard to walking young dogs off leash; do dog day care enterprises need to be looked at by States Vet to view minimum standards of operation?
Posted by Kitty Heald on Feb 21st, 2017
My heart goes out to the family for their very sad loss.
I think all dog walkers should have safety restrictions and they should all be checked out by the authorities. As anyone can start up a dog walking business with no safety conditions. This is easy money for dog walkers as 7 dogs £10 per hour. I have seen a dog walker at Gronez with 7 dogs and he has opened the door let all the dogs out while he has stayed in the car on his phone. There needs to be something done as Bailey is not the first dog to go missing. Please someone in the states do something.
Posted by June OKeeffe on Feb 21st, 2017
Oh no no, so sad I was hoping they would find him xxxx
Posted by Sarah Ferguson on Feb 21st, 2017
Kitty - start a petition and it can be taken to the States. I have no doubt questions will be asked in the States as 6 to 8 dogs in a group turn into a pack and that can be dangerous for small children and small dogs.
Posted by Peter Slattery on Feb 21st, 2017
This is very sad but I do not see how the dog walker can be blamed for this, or how this would have been prevented had the dog been walked solo rather than in a group. On the very same day a dog went missing at L'Etacq whilst being walked solo by its owner. Fortunately it was found many hours later, but this just shows that this sort of event can happen whether in a group or solo, indeed I would venture that with a group of dogs being walked together, should one get in distress the other dogs will likely be able to locate the distressed dog quicker than just a dog walker by themselves. Many of the people who run dog walking enterprises do so due to their love of animals rather than to make their fortunes and I can only imagine that the dog walker involved must be feeling terrible that this has occurred.
Posted by Kitty Heald on Feb 22nd, 2017
Dogs should be kept on leads in public places. It's the responsibility of the dog walker to take care of the dogs they have been entrusted with. If dog walkers do it for love of dogs, then the dogs should be walked singularly on leads rather then in packs off the leads. Some dog walkers just open the car door and let them out running free while they are still sitting in the car on the mobile phone. There needs to be rules and regulations regarding dog safety with paid walkers . I personally would NOT have walked my friends dog off the lead at Gronez by the lighthouse. It's to dangerous. If they want to walk packs of dogs take them on the beach.

Regardless of the dog walker feeling how about the young family feelings that have lost and still cant find their beloved pet Bailey and being told by the walker that he has gone over the cliffs. People love their dogs and treat them like babies. You can't just buy another dog, this will not take the pain away.
This could have been prevented by putting the dog on leads and taking them to the beach where you could have more control over dogs running free rather then taking them to the cliffs.
Posted by ByronHatton93 on Feb 24th, 2017
Typical Jersey news one dog is involved in an accident and we may implement new laws and licenses. People are so dramatic it's a one off incident. Yes it sucks for the family however,it is no different from people in the past falling down the cliff paths or road accidents.
To place a comment please login Login »