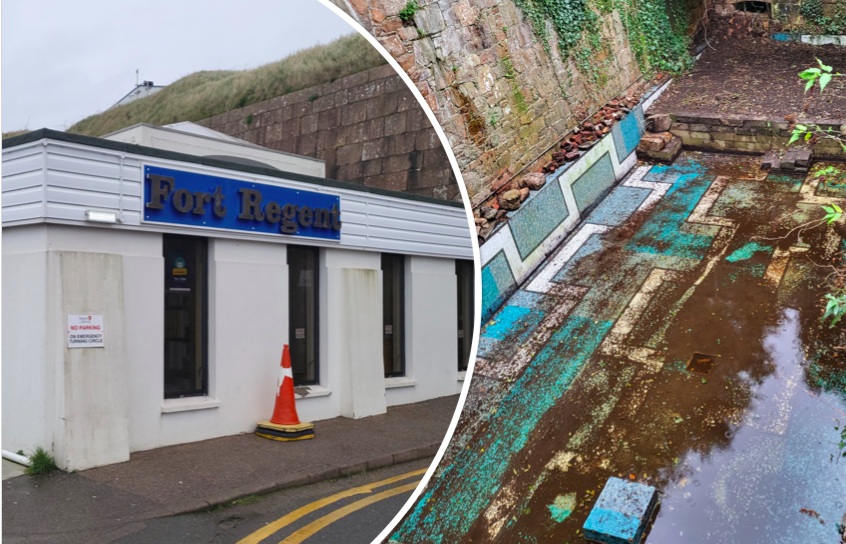 There has been a lot of discussion surrounding the future of Fort Regent in recent months.

Between major refurbishment plans, potential art strategy involvement and proposals for a lift connecting the site to Snow Hill, that future is shaping up to be very interesting.

In the meantime, recent landscaping works have raised a few talking points of their own.

Express joined Bruce Labey, Senior Operations Manager at the Government’s Infrastructure, Housing and Environment (IHE) Department, for a tour around parts of the Fort that are currently closed off to the public, but that have been rejuvenated to pave the way for potential developments...

After stepping through a gated archway towards the back of the Fort - not far from where, in times long past, the fairground used to be - an area known as “the moat” lies ahead. 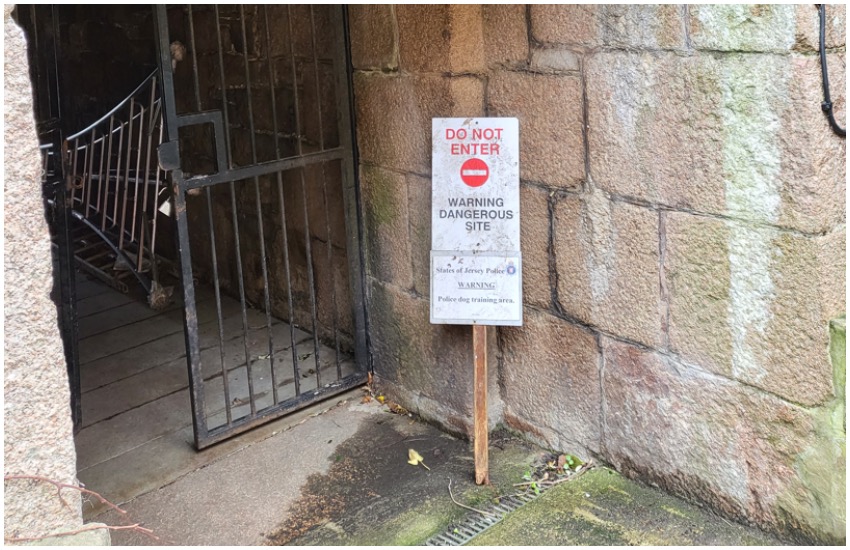 Pictured: A gated archway which leads to the closed area of Fort Regent.

The moat is a T-shaped recess which sits above the area connecting Snow Hill and the tunnel. Until recently, it had been almost entirely filled with foliage and debris.

“It was fully covered, up to head level,” says Bruce. “We brought in James Ransom [of James Ransom Horticultural Services], who managed to clear it out over the space of a week.

“He did a marvellous job.” 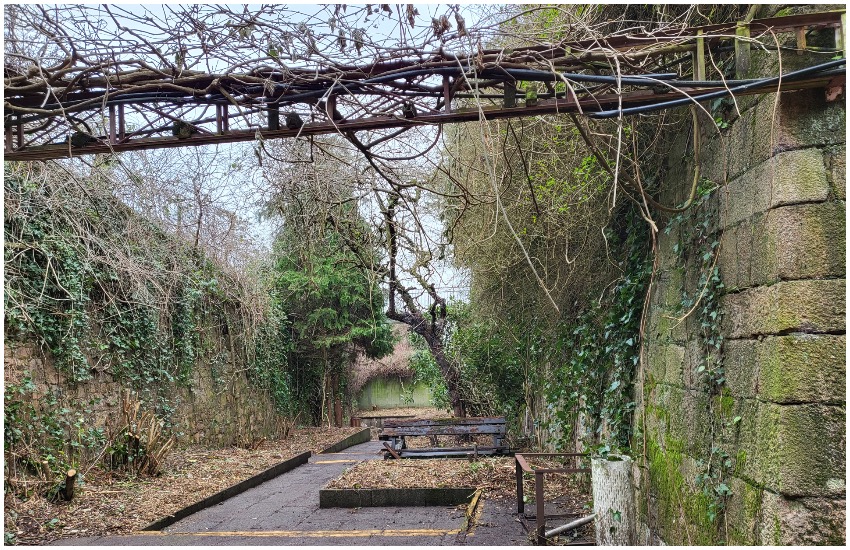 Pictured: The T-shaped recess of land known as “the moat”.

The area, which due to its disuse has become overgrown, has become somewhat of a habitat for a variety of local wildlife.

Kestrels, peregrines, and pigeons have all at a certain point taken residence here.

There are bat boxes dotted around the trees, and Bruce notes that an old gun installation had in the past housed a colony of the animals. 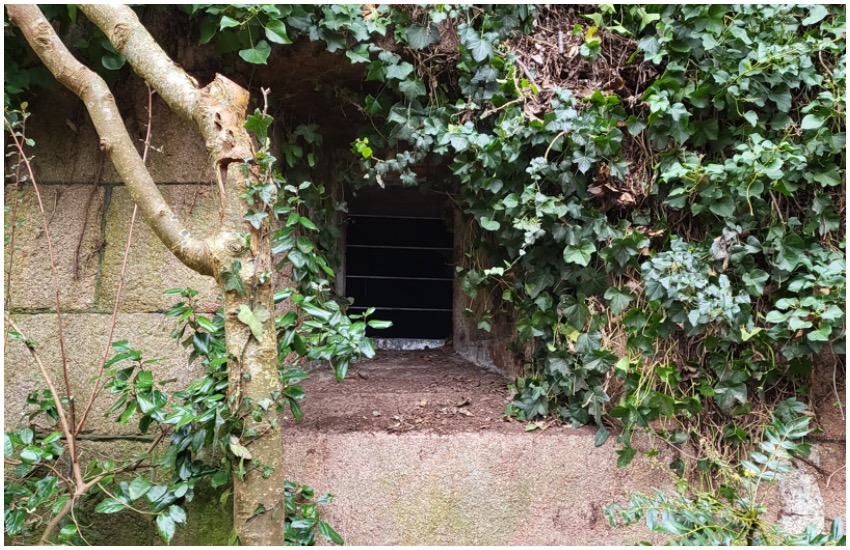 Pictured: This disused gun installation once housed a local population of bats.

Alongside the uninhibited greenery, relics of the Fort’s past remain.

A rusted plate of metal shows where a sign was once mounted. One tree has fairy lights embedded into its bark, after growing around their cables for decades.

An aviary of budgies also once lived in this area, all of which remains is a damaged stone placard now propped up against a wall. 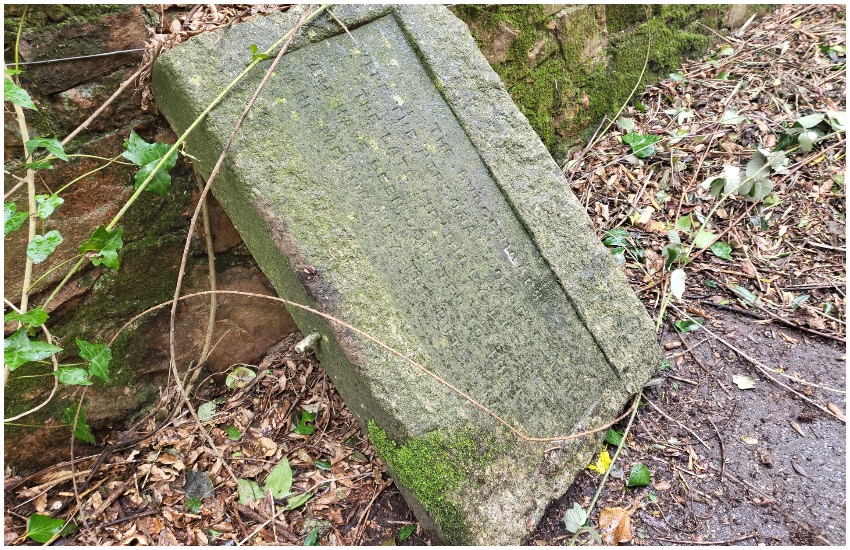 Pictured: This stone placard is all that is left of what was once an aviary.

Towards one end of a moat is a mosaic pond that until recently has “not been seen since the 70s”.

A dug-out area in an already recessed piece of land, the pond was totally covered by bricks, leaves and other debris.

Two spouts once created a waterfall that poured into the pool, which discouraged the koi carp from straying too far from their allocated area enclosed within. 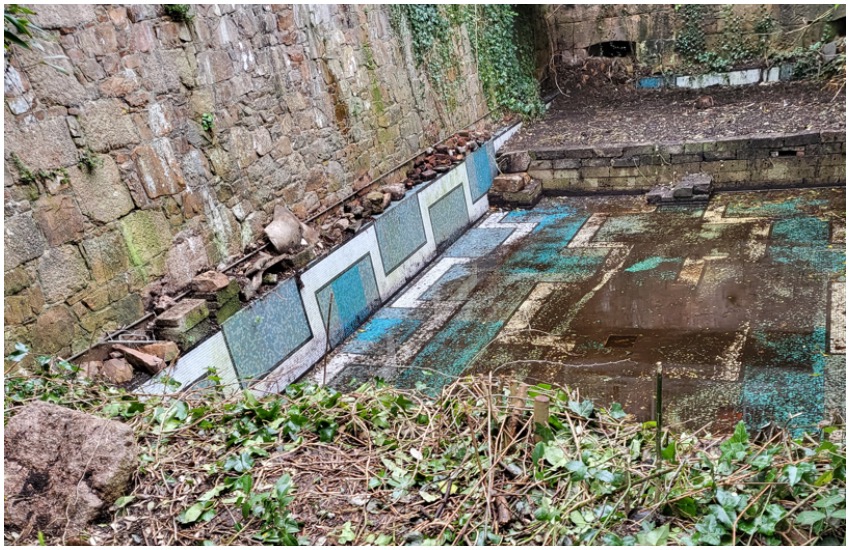 Pictured: The mosaic fishpond that used to feature a waterfall and contain koi carp.

The area as a whole has been closed to the public since the last cable cars ran from Snow Hill to the Fort in 1988. The cable cars launched in 1970, only a few years after in 1967 the 'Fort Regent Development Committee' began converting the site from a military fort into a recreational centre.

For two decades, visitors to the Fort would be greeted by the sight of the waterfall and fishpond after exiting their cable car and stepping up towards the ramparts. 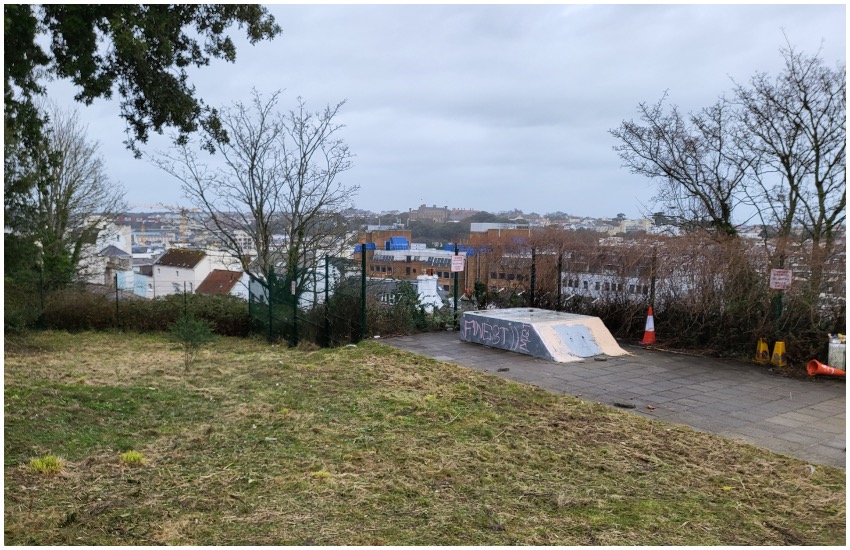 Pictured: An area of land which previously acted as landing bay for cable cars arriving from Snow Hill.

Bruce then leads the way through what used to be a large rose garden.

The original planters for the roses still hang from some of the stonework.

On the side of a rose garden, steep stairs go down towards a large, studded door. 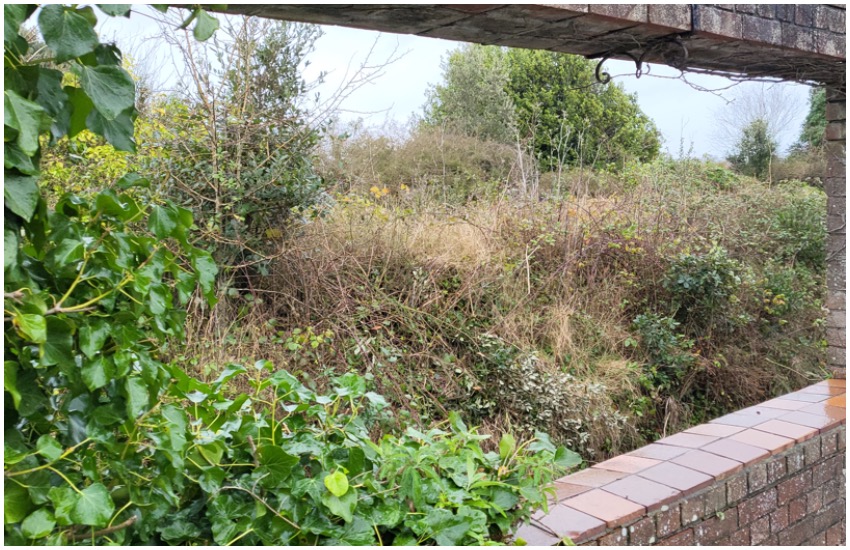 Pictured: A view from inside the rose garden, still with has its original planters.

After the cable car service finished in the late 80s, this series of rooms was temporarily used as a recording studio. Like much of the surrounding area, this area quickly fell into disrepair when it ceased to be used.

Even the abandoned studio has signs of life, however.

Next to flaking plaster and dilapidated fittings, small butterflies inhabit the chambers and rest on its walls. 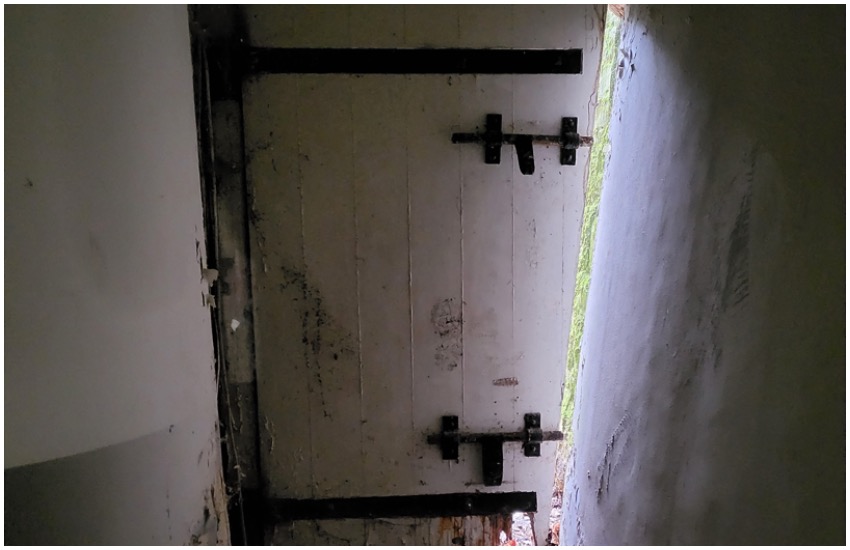 Pictured: Inside the sprawling rooms of the abandoned recording studio.

With an uncertain but much debated fate, there is a buzz surrounding matters relating to the Fort.

“A lot of people are excited, and understandably so,” says Bruce. “There are 21 vergées of land [almost nine and half acres] here, just waiting to be used.

“We’ve been looking at some old plans from 1984 linking the Fort to La Collette, as well as Snow Hill. There has always been discussion with what to do with the place.

“It’s amazing how everything has now come full circle.”

Do you have any photos of Fort Regent from the days of the cable car, rose garden and other lost attractions?

Readers are encouraged to email their pictures to the Express at editor@bailiwickexpress.com.

Plan to 'elevate' Snow Hill with lift to Fort Regent

Posted by Scott Mills on Feb 16th, 2022
The state of the Fort is a reflection of the island itself... Wonder what happened to the "Rolling Bomb", which hung in netting against the battery wall. Walked past it from cable cars.
Posted by Martin on Feb 16th, 2022
I am sure IF a private individual owned a property of SUCH historical interest & value if the Planning Department would allow it to become effectively - a ruin?
Posted by John Henwood on Feb 16th, 2022
I remember the aviary, the fish pond, the gardens and all those areas which were reclaimed by nature when abandoned and are now being rediscovered. It is less Indiana Jones and The Lost Fort and more a testament to the States of Jersey's propensity to waste taxpayers money on grand projects. I confidently predict all the resources being spent now on refurbishment are will be wasted. You can't make a silk purse out of a sow's ear and Fort Regent, build over 200 years ago to keep people out, is not only a sow's ear, but a very badly dilapidated one. I have absolutely no confidence in the government or its Development Company turning the Fort back into a viable leisure centre and attempts to do so will result in huge and ongoing expenditure and ultimate failure.
Posted by Scott Mills on Feb 16th, 2022
Bring back the Dolmen and stick there!!!
Posted by tonyandrews13 on Mar 24th, 2022
I agree with the need for a lift to the fort ,if you want to see something detracting from the fort check out the pier road Car park. The lift would give easy access to many residents of st Helier as well as visitors to town without the need to drive up-to the fort . Without easy access the whole project would be a waste of time and resources.
To place a comment please login Login »