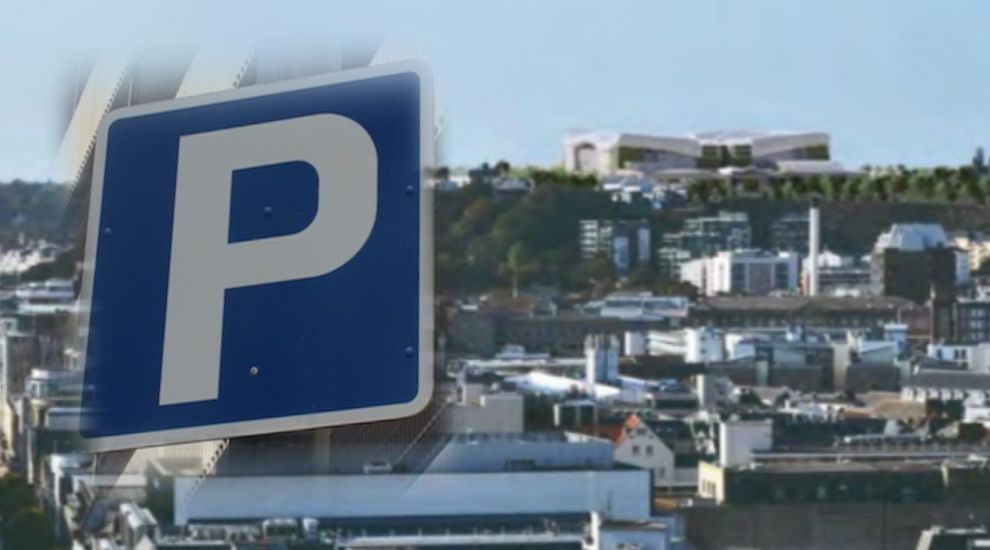 Staff who “choose” to drive to the new hospital instead of using other sustainable modes of transport could be forced to pay more for parking than those who can prove they “need” to use their car.

The proposal was detailed in a report about the design of the new £800m facility due to be built at Overdale, which included a section on its parking strategy.

According to estimates of car parking demand, 855 spaces would be needed at the Overdale hospital, with 64 of them being accessible. With sustainable transport interventions, the demand could reduce to 691 spaces, 54 of which would be accessible.

In addition, around 50 motorcycle parking spaces will be required, two of which would be for patients and visitors. 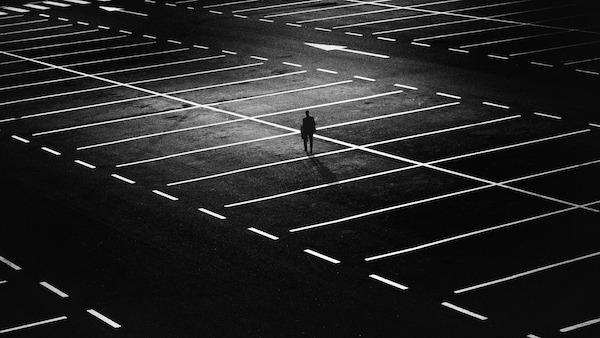 Pictured: Some staff could pay higher charges than other if they "choose" to drive to the hospital.

Four pricing strategies have so far been considered, with at least two of them aiming to encourage staff not to drive to the site.

In addition to a free-of-charge policy and a flat parking charge policy, one of the other options being reviewed would involve charging a limited rate to staff who “need” a car for travel whilst charging higher rates to those who “choose” to travel by car.

The final option would see staff who “choose” to travel to the hospital being charged higher prices than in public car parks whilst reduced fees would apply to some staff and visitors.

Whilst the pricing strategy has not yet been decided, it should be agreed before the planning application for the hospital is submitted.

Likewise, a decision has not yet been made on how staff car parking will be managed.

One of the potential options would be to issue permits based on need, in a similar manner to NHS Trusts in the UK. Under this scheme, staff would be guaranteed a parking space if they need one for work purposes, have personal commitments such as childcare or are unable to travel to work by another mode of transportation.

Permits could also be issued to services rather than individuals or on a first-come-first-served basis. 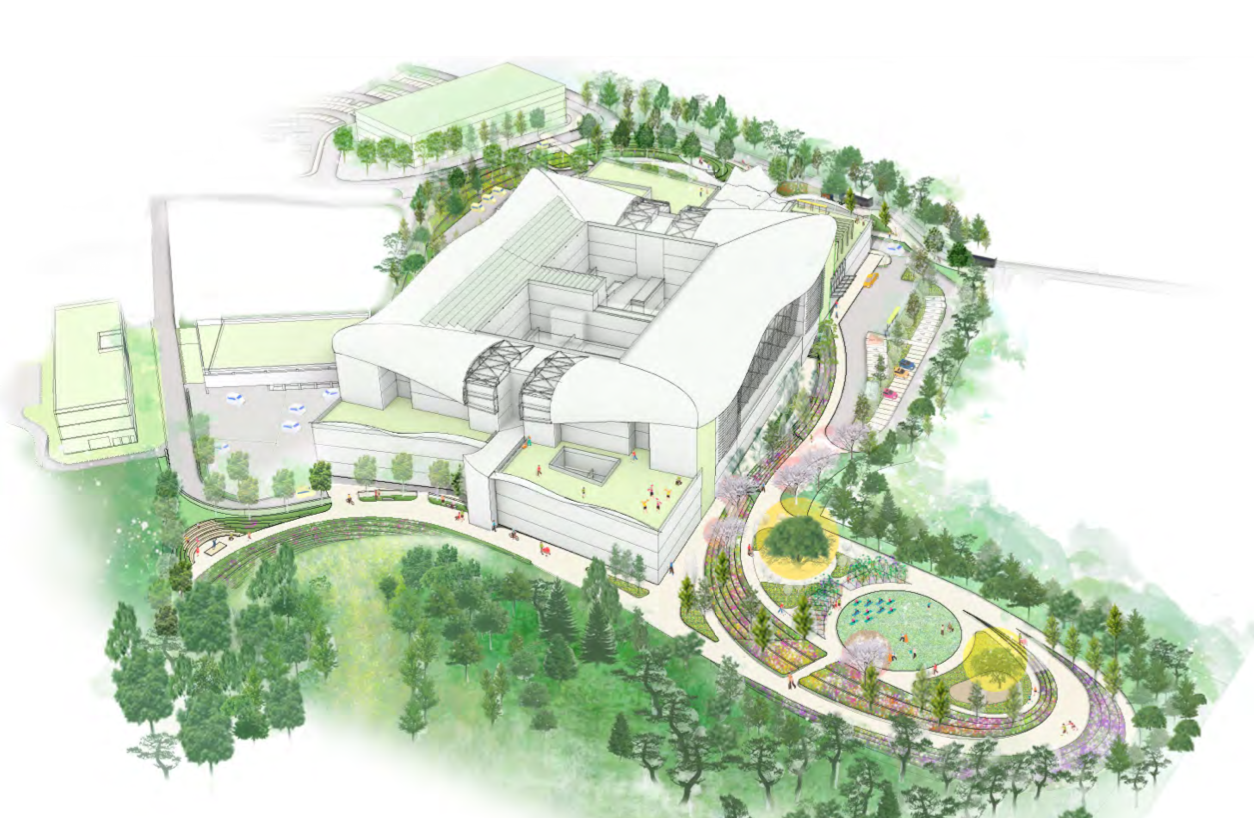 Pictured: The car park (in the top left corner) will now be located closer to the main entrance.

Whilst it was previously expected that a two-storey car park built on the southern field would be sufficient to accommodate parking needs, a four-storey one is now being considered.

Building the car park underground, either within the building and/or below the fields, was also once considered but the idea was abandoned due to the nature of ground conditions, cost, programme, clinical functionality and the need for mechanical ventilation.

A multi-storey car park will help “alleviate’ the impact of cars being parked outdoors, the design report noted. It will provide 400 spaces with an additional 200 located on the site east of Westmount Road, and a further 100 spaces located around the main hospital.

Following comments from the Planning Department the building has been located to the eastern site so that it is far away from the cemetery. The new location will also make it easier for patients and visitors to find the hospital main entrance and shorten the walking distance. 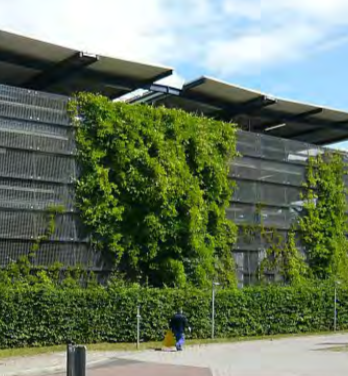 Pictured: The sides of the building will support climbing plants.

A four-and-a-half storey building is now being proposed, with each storey being three metres floor-to-floor. The building will use the natural topography of the site to accommodate the lower ‘half’ floor, which will align the height of the structure to approximately the same height as the hospital frontage to Westmount Road.

It will have a green roof with a stainless-steel mesh on the facades to support climbing plants and will be naturally ventilated.

A series of artworks will also be installed between the car park and the main entrance to accompany visitors on their way into the building.

Posted by captain sensible on Sep 6th, 2021
What will they come up with next? This seems like a brilliant idea and one that is certain to cause wage inflation.
Posted by Guy de Faye on Sep 6th, 2021
Overdale is a good site for a comprehensive IN-PATIENT facility, centred around heavy scanning equipment, private rooms, operating theatres, wards etc. The traffic impact for in-patients is very low, so no need for a £15/ 20 Million new motorway and demolition of the bowling club. Plus the on-site parking requirement is massively reduced.

I reject the problems of establishing underground parking at Overdale. Apparently one is COST - so someone is having a joke at public expense.
What are the "clinical functionality" issues in a car park and why is mechanical ventilation essential at the top of a hill, where heavier than air exhaust gases (CO and CO2 etc) will seek a lower level and can be "drained away" like excess water??

The latest plans show a similar area being devoted to car parking as is utilised for the hospital (apparently being built SMALLER!!!). The two storey car park is now to go to FOUR levels and the acquired field opposite is apparently being used, primarily, for a large bend in the proposed new road.
If underground parking is, in explained facts, impossible, then install surface parking immediately UNDER a raised hospital footplate, whilst reminding the imported UK design and planning "experts" that space comes at a premium in our Island.

Let's face reality. The All-in-One Hospital is a seriously flawed concept - especially in the light of a mutating pandemic and a mysterious Health Strategy - that continues to throw up unintended consequences, ultimately leading to a grossly expensive disaster.

Accident and Emergency, together with Out-Patients must remain at a redesigned and refurbished General Hospital in Gloucester Street, after In-Patients have been decanted to a new, specialised, Overdale Centre. The "General" can be accessed easily on foot or mobility scooter by Town residents, it is adjacent to the St Helier Ring Road and the Esplanade, is about a 10 minute stroll from Liberation Station and is alongside a multi-storey car park.

The "Government of Jersey" will fail hopelessly to deal with population growth and Jersey, as predicted by a Scrutiny Panel, will need at least TWO hospitals.
Posted by Davey West on Sep 6th, 2021
Again I had to give up when I read fifty motorcycle places ( to encourage less use of the car I suspect ) but only two places for the public. I use two wheel transport eighty percent of the time as it is far more efficient but obviously will not be able to use the new hospital car / bike park should have an appointment. Who employs these bozo's with their silly ideas ?
Posted by nigel pearce on Sep 6th, 2021
Is there any plan for the hospital or is it being made up as they go?
Posted by IanSmith97 on Sep 6th, 2021
How to totally brass off your workforce who have given their all over the past nearly two years. Honestly, this green rubbish is turning into an obsession and nearing the levels of the Salem witch trials. Who decides, and on what criteria, who needs or doesn’t need a car? Imagine the bureaucracy involved. Just forget this nonsense and get on with building the hospital. Don’t brass off your workforce. Stopping hospital staff from parking at the hospital will not affect global warming one iota.
Posted by Scott Mills on Sep 6th, 2021
50 motorcycle places, who for the hells angels? suitable transportation for a person who has broken limbs. They've just copied what all hospitals have done in the UK, charge the hell out of their workers to park at work. Atleast they've have a lovely view of the beaches up there.
Posted by gordon le claire on Sep 6th, 2021
So the idea is to charge hospital staff if they live with-in a certain area from the hospital but use a car to get there just want you want a long walk up a hill before a long shift unless they will supply transport 24/7. is this not going against the states wanting everyone treated the same
Posted by Private Individual on Sep 6th, 2021
This is nothing, they are presently putting together a policy to tax your personal parking space at home, yes the one you own! This is part of the sustainable transport policy which is to shut cars off from town and is all part of the latest scheme from ARUP.
Posted by Robert Gabriel on Sep 6th, 2021
There will be no point in building a new hospital if you can't recruit enough clinically qualified personnel to run it. As it is Jersey can't easily attract staff to move here because of the horrendous housing costs. Taking more money off them because they might want to take their car to work is insane!
Posted by Private Individual on Sep 6th, 2021
Does anything this government does make sense!
Posted by Jon Jon on Sep 7th, 2021
They should try talking to staff who work in the hospital,the moral is so low! Expect staff to pay more for parking if they live close to this new hospital,this government is nuts,I know they want the car off the road in less than ten years,well that ain’t going to happen ever!
Posted by Keith Marsh on Sep 7th, 2021
I expect all the Senior Consultants, Directors and Senior Managers, just HAVE to need a space.
What a load of ...... ! Morale is at an all time low, Service levels are slipping anbd ALL the Government worries about is who gets free parking.
Posted by Scott Mills on Sep 7th, 2021
This has got Carbon Offsetting to actual polluting NATIONS!!! Jersey will earn a fortune selling their low carbon offsetting. This has nothing to do with our health, fitness and walking to work etc....This is all about money. See the bigger picture. IF they continue with this, why not extend it to teachers, they all get free parking outside of their work...what's the difference. Lovely beaches we have, that'll be all that's left one day
Posted by Private Individual on Sep 10th, 2021
Scott, you make me laugh every time I read your comments! Lovely beaches we have tho!
To place a comment please login Login »