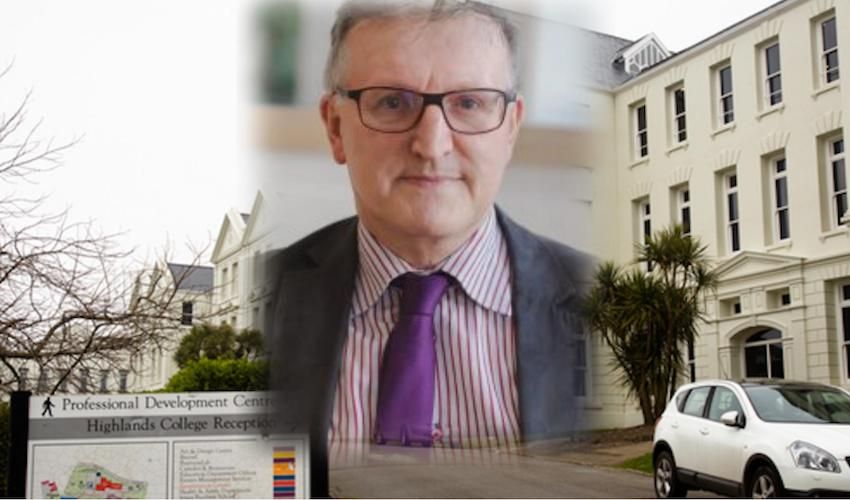 The Head of Highlands College is stepping down after five years in the role so that he can focus on his life “outside of work” - and maybe go back to school himself.

Steve Lewis, who became the College’s Principal in 2014, has announced his retirement at the end of the summer after a 40-year career in education.

Having first entered the classroom as an English and Drama teacher in 1978, Mr Lewis has worked extensively in further and higher education – but now he wants to take a step back to focus on family, volunteering and enjoying his retirement.

Highlands offers a range of vocational and academic courses both at post-16 and university-level.

Since being in post, Mr Lewis announced £60million plans to revamp the college campus to modernise the site and cut down on expensive running costs.

Pictured: An early-stage concept drawing of what the new campus could look like (Highlands College).

Of his time at the College, Mr Lewis said: “I have really enjoyed being the Principal of Highlands College and I count myself as extremely lucky to have had this opportunity. My focus has always been to put students at the centre of all that we do at Highlands.

“I believe we have worked to create a culture which encourages getting the best out of people but also enables us to challenge preconceptions around technical and vocational education. The time is right for me to move on to make room for someone with renewed energy and fresh ideas who will steer the college in the right direction to meet the skills demand of the future workforce.”

Mr Lewis joined the college as his predecessor – Lesley Toms – lead a major review scrutinising the roles of the college and the secondary within the education system, particularly Hautlieu’s position as a selective school.

Pictured: Mr Lewis hopes that his retirement will "make room for someone with renewed energy and fresh ideas."

Formerly the Vice-Principal of City College Brighton and Hove and with experience as a lecturer in performing arts, Mr Lewis moved to the island to take up the role five years ago.

Speaking about his plans for his retirement, Mr Lewis commented: “I would now really like to focus more on my interests outside of work and spend more time with my wife, Lorna, and with friends. Stepping down from this job will give me the flexibility to take up writing again and maybe return to be a student!

To his colleagues, he said: “I’m very grateful to my senior team at the college, to the committed teaching and support staff at Highlands, to my amazing board of governors and to colleagues in the Education Department who all make Highlands what it is; also to the students, without whom Highlands would not exist, who are enthusiastic, loyal and - based on those I bump into in the street - extremely polite. Thank you to everyone.”