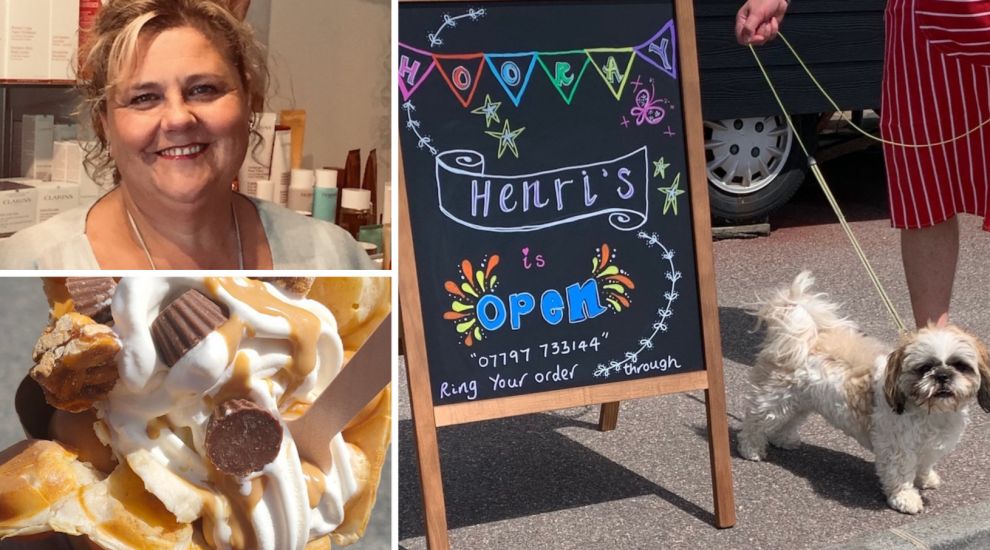 A former rape charity worker has taken a dip into the deep end at Havre des Pas with a vibrant new café on the Green Street slip with a menu and community focus she hopes will bring customers a 'waffle' lot of joy.

Formerly run by Barista, the new 'Hooray Henris' kiosk will be serving a large variety of 'grab-and-go' items for breakfast, lunch and dinner on the beachfront at Havre Des Pas.

New owner, Jayne Gruchy, described herself as a “total novice” in the hospitality industry.

She admitted: “It’s a lot harder than it looks. My background is in the media and finance, so I wasn’t really sure what to expect!" 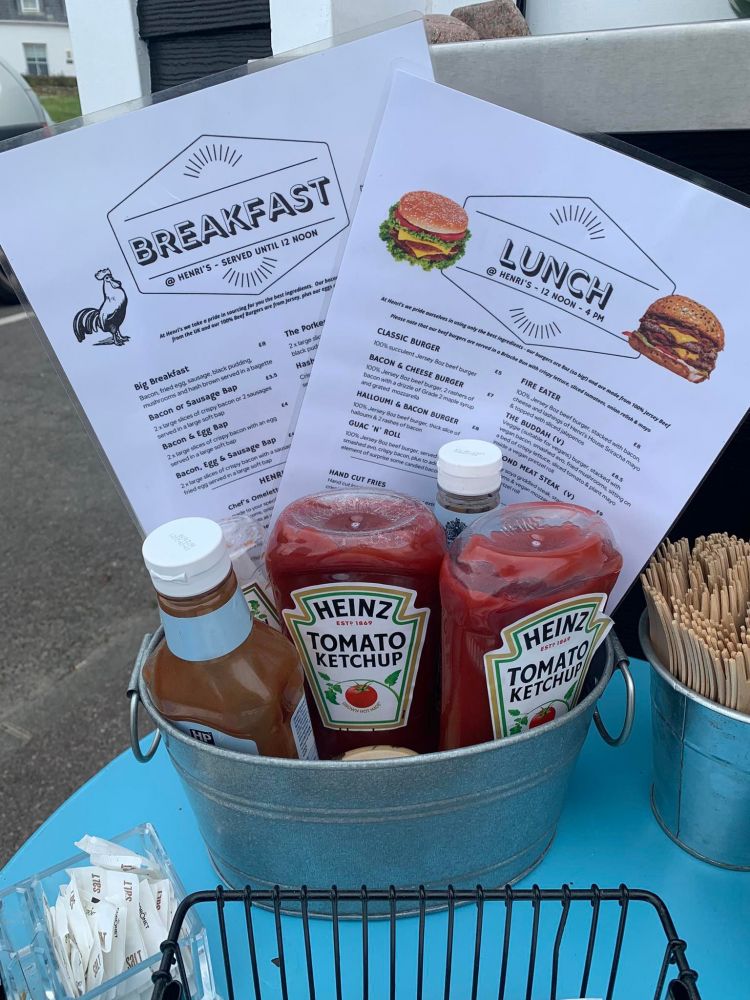 Pictured: The café has both a breakfast and lunch menu.

“I learnt a lot of new skills over the past four years working for the Jersey Action Against Rape charity, so when this business came on the market, I thought to myself, ‘Why not?!’”

The café was initially meant to be a joint venture, but a change of circumstances has meant that Jayne is now running it on her own.

However, she has received a lot of support from other friends and family in the month since she opened. 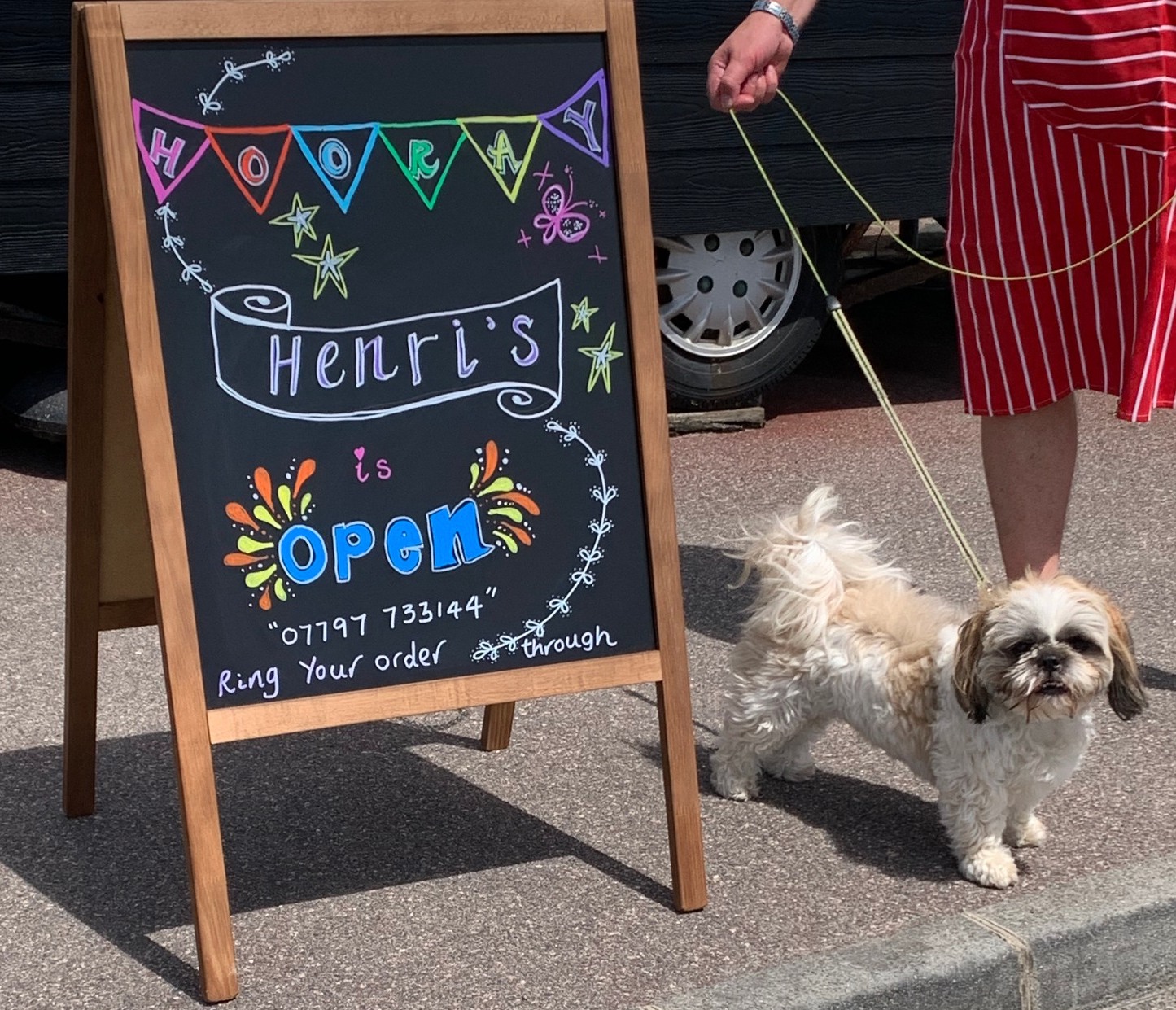 Pictured: The café is named after Jayne's beloved shih tzu.

Those who know Jayne may recognise the inspiration behind the café’s name.

“The café is named after my little dog, Henri,” she says. “He’s a three-year-old Shih Tzu and my life revolves around him!”

The café is located in a prime location, at the top of Green Street slip overlooking Havre Des Pas beach.

Jayne said: “This business came up for sale, and I already knew that The Good Egg had fantastic footfall so I thought if I’m going to get a kiosk somewhere then this would be a really good one to get.”

However, she isn’t threatened by the great reputation that her neighbours have already established: “The popularity of The Good Egg actually benefits me! They’ve been very helpful and kind in welcoming me to the area.

“I wanted to ensure that I do stuff that compliments what The Good Egg does. For example, they don’t serve ice cream so the first thing I bought was a soft serve Jersey ice cream machine.

"Obviously, The Good Egg offers more sit-down meals whereas we will be providing a quick grab-and-go service, although people are of course welcome to sit at the tables and relax.” 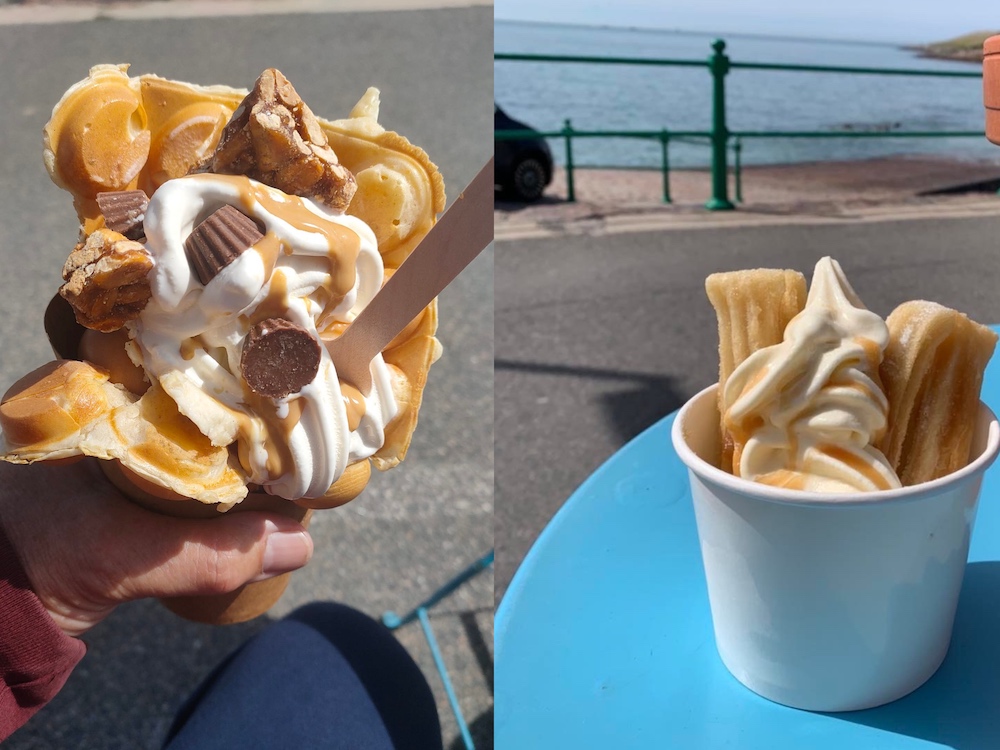 Pictured: Hooray Henri's will be serving a range of sweet treats, such as Bubble 'Woof'les and Jersey ice cream with churros, many of which can be made vegan!

Jayne’s aspiration is for Hooray Henri’s to be a ‘kiosk for the community’ and she has already implemented some new ideas that support this ethos.

She said: “I’ve introduced fish and chip evening every Friday (called Fry-day!) and our first one sold out almost straight away! People can bring down a bottle of wine and enjoy the sunset, or have their meal as a takeaway if they’d prefer. I am also hoping to introduce sharing platters in July.”

She has also ensured that the Hooray Henri’s menu caters for a wide variety of people, alongside those with different dietary requirements.

She added: “We have introduced quite a few items for vegans on our menu including waffles, ice cream, breakfast rolls and burgers as I just feel that it’s important that we’re inclusive."

In fact, Jayne went to such great lengths sourcing quality vegan items that she was recently confronted by a customer angry to have been served 'meat' - when Jayne showed him the 'facon' packet, that anger turned into pleasant surprise!

Jayne is clear that she wants “Henri’s to be established to be part of the community, not just for a specific demographic of people."

She added: “We even do pots of tea and cakes in the afternoons which attracts a lot of the older generation who enjoy sitting here in the sunshine!”

The ‘community’-feel of the café extends further than just the menu.

Jayne explained: “I’m also doing a community bookshelf, where people can bring down any books that they’ve read or toys that they’ve finished with to give to others. 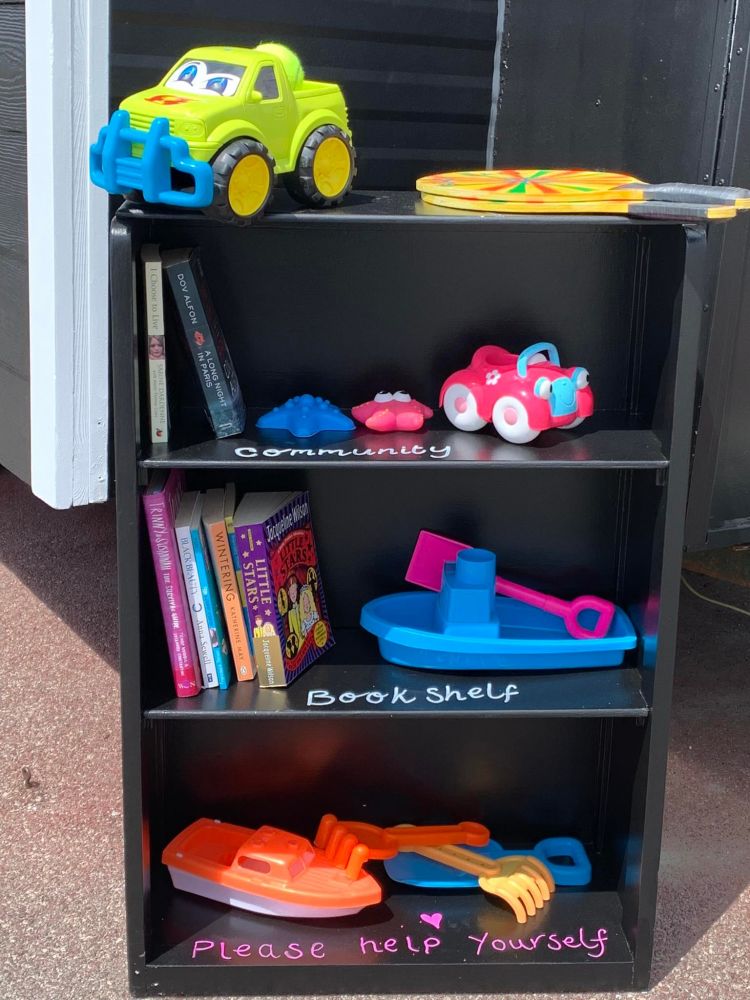 Pictured: Jayne hopes that people will donate books and toys to bolster her community bookshelf.

“There’s a lot of people around here who struggling and in just two weeks many people have been able to claim something from there.

"I will be stocking it up myself from charity shops and putting out a plea for donations for books and toys so hopefully I can grow that initiative.”

Like the hospitality industry as a whole, Jayne admitted that she has faced a lot of setbacks so far.

“The main issue is obviously staffing, which I know is the same for everyone in the local hospitality industry. There is only me and one other member of staff at the moment, and we can’t possibly run a café with just the two of us!" 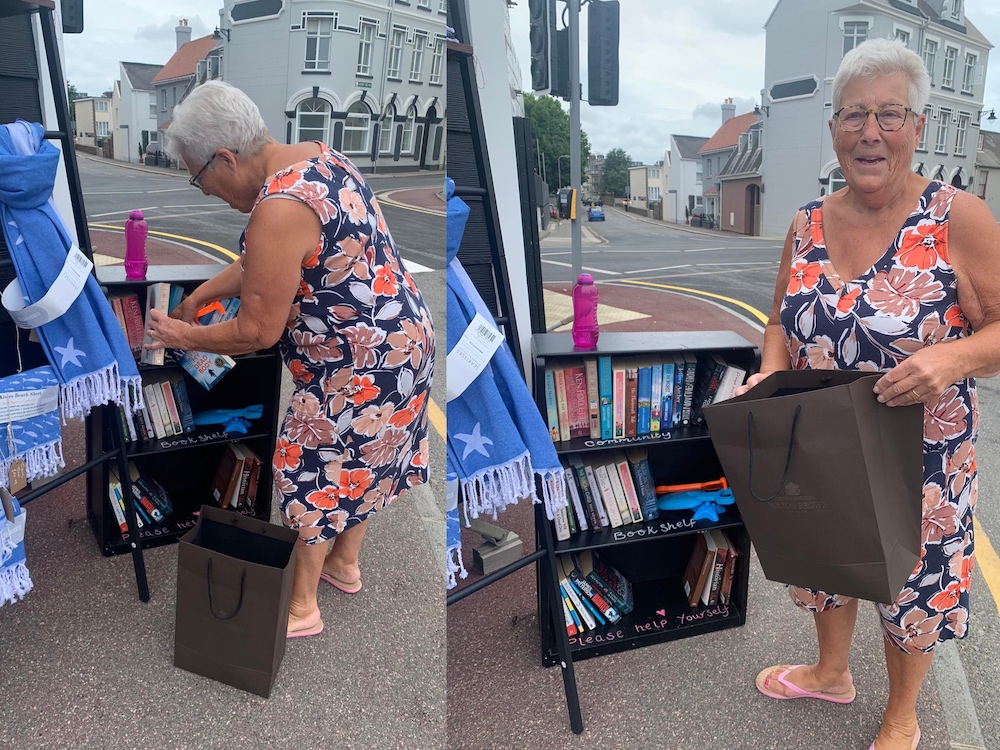 Pictured: Some members of the Havre Des Pas community have already been topping up Hooray Henri's community bookshelf.

“Currently, I can’t open for all of the hours I’d like to and working here on your own means that even popping to the toilet is an issue! Obviously, you can learn on your feet, but it would be amazing to have a qualified barista just to take the stress of serving the drinks off my hands.

“It’s so hard for hospitality businesses to compete with the wages offered by the finance industry, but I'm looking forward to finding some great staff members and having an amazing summer season!”