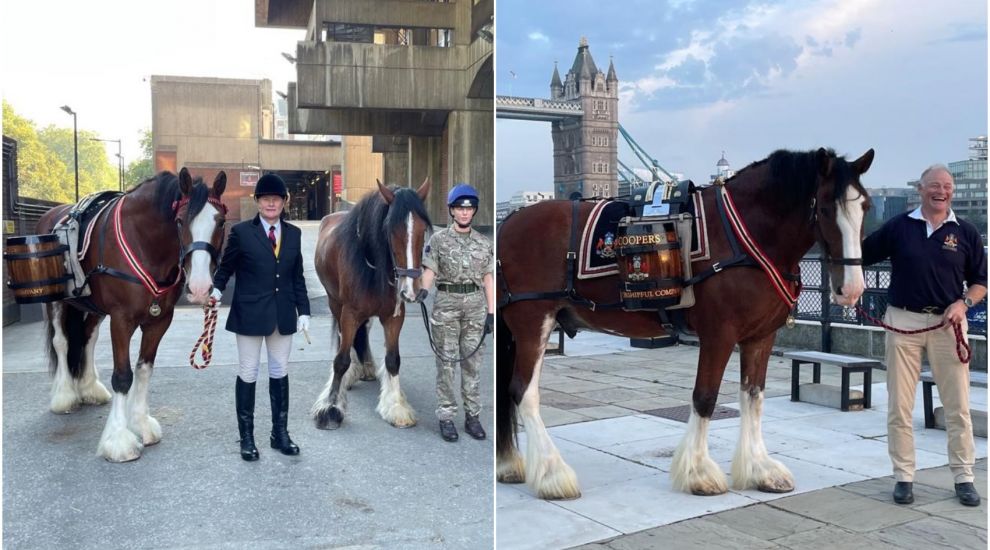 A Jersey horse has been having an adventure around the UK over the past month, in an effort to raise awareness of his endangered breed and be an ambassador for an historic British trade.

Ajax the horse has been on stays to both London and the Cotswolds, as well as meeting the men behind the recent evacuation of Kabul. 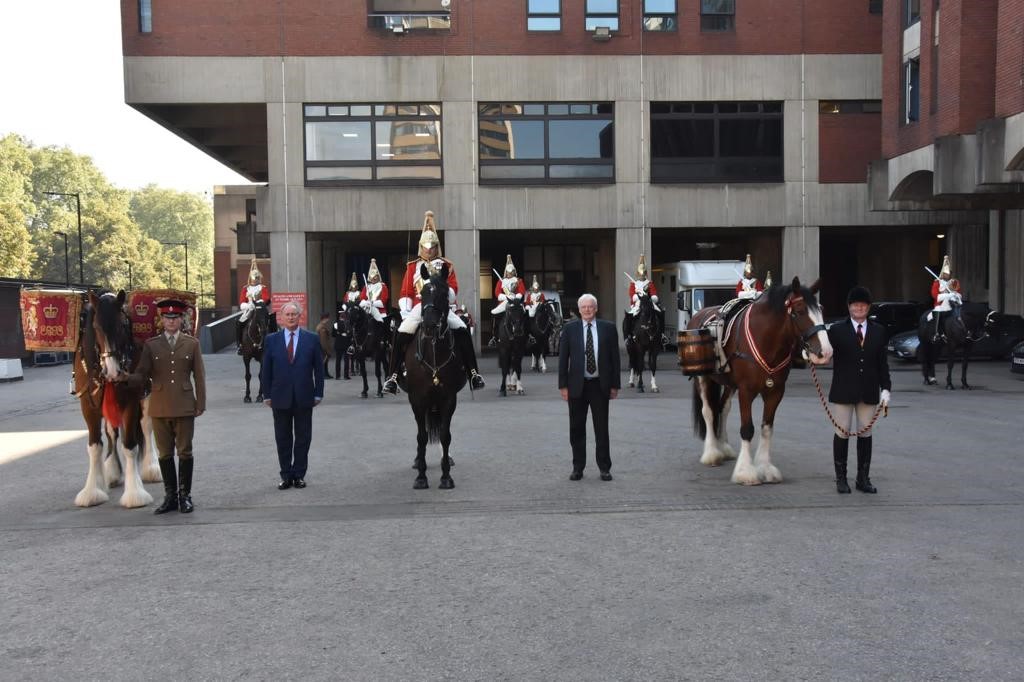 Pictured: Ajax spent a week staying at Knightsbridge Barracks, where he met a number of other ceremonial horses.

Ajax is a full Shire Horse, who Director and Insolvency and Forensic Accountant at Grant Thornton, Alan Roberts, bought around 10 years ago.

As Alan put it: "I'm just a big bloke and I needed a big horse to ride!"

Throughout their time together, Ajax and Alan have performed in jumping competitions, but, more recently, he has taken on a rather special role overseas from his Jersey home.

"It's kind of morphed into ceremonial work - principally when he was adopted by the Worshipful Company of Coopers in London as that company's mascot," Alan explained.

The Worshipful Company of Coopers, which began as Coopers' Livery Company, was a collective of Coopers - craftsmen specialising in making in wooden watertight vessels/casks to contain goods.

Though at one point it was a massive industry, with most things being stored in wooden vessels made by Coopers, it has seen a decline over the past century with advent of plastic bottles, metal tins, glass bottles and similar modern innovations wiping the majority of the trade out, beyond the storage of beer, wine, cider and spirits.

The Company of Coopers has now become, as many livery companies are in London, a largely charitable enterprise. 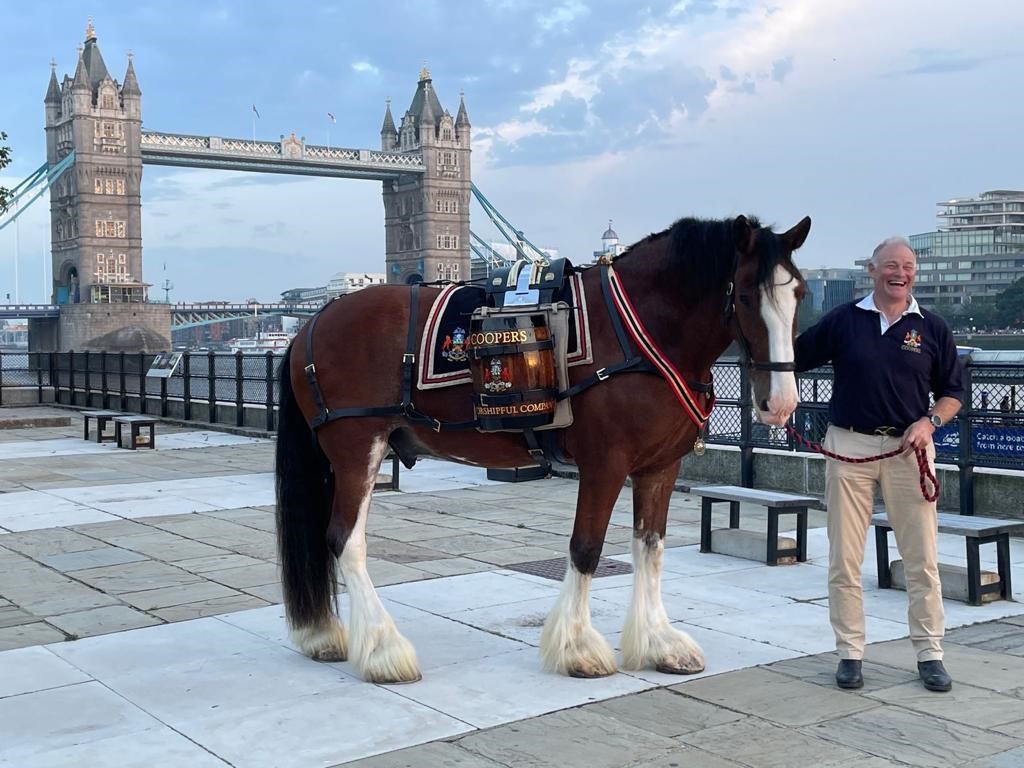 Pictured: Ajax's journey has taken him from London up to the Cotswolds this September.

Though a large Shire Horse from Jersey may seem an unusual mascot for such an organisation, Alan explained that there is a tight-knit history bringing the breed and the profession together.

"In 1535, Henry VIII passed an act of Parliament making it illegal to breed small horses - and that act of parliament in 1535 led to what we now have as the majestic heavy horses of today," Alan outlined.

"Originally the purpose of that was to breed horses that were larger for war, sadly, and to put knights on with armour and to put armour on the horses.

"But it's a pleasing legacy of that awful origin that we now have these beautiful horses that grow to our country."

He continued: "The Coopers started in 1501, so heavy horses starting a few years later gives them a rooted origin in history, and heavy horses are synonymous with pulling or pushing brewers' drays with wooden casks on."

He added that sadly, Ajax's Shore Horse breed is endangered, similar to how there are now a very limited number of Coopers out there in the world.

"So the shire breed is a very natural ambassador as a mascot for a company like the Coopers," he observed. 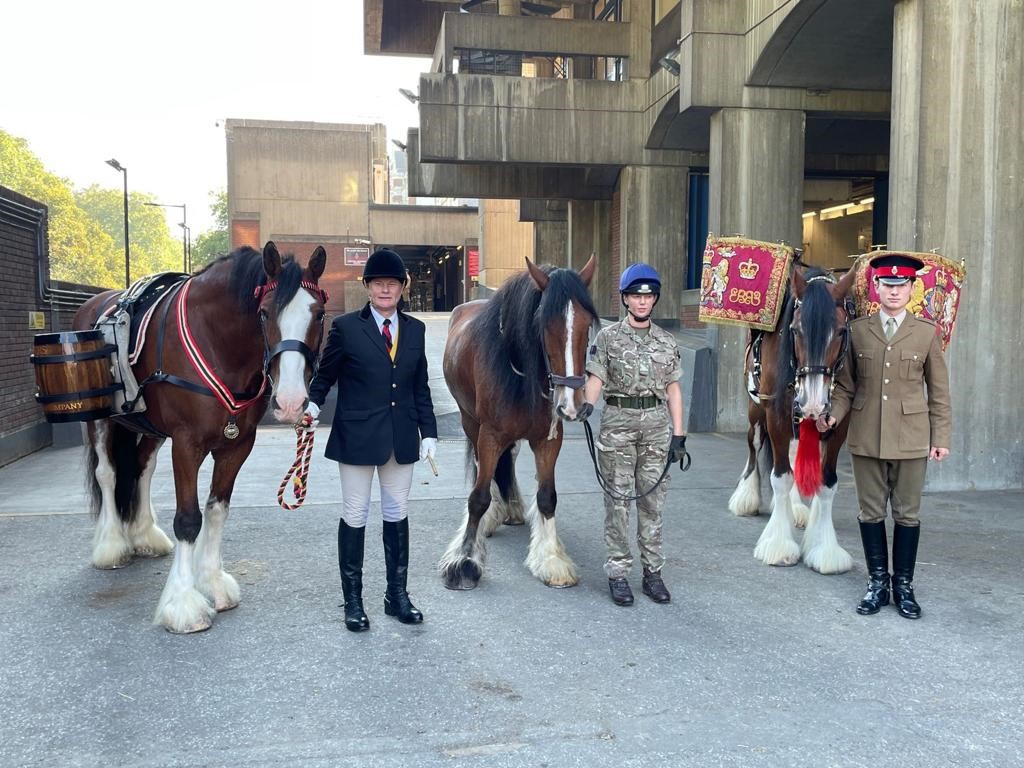 Pictured: Ajax has barrels on both sides as a symbol of his association with coopers.

Indeed, as part of his distinctive look, Ajax sports either the Coopers Company colours on his saddlecloth or has two wooden casks or wooden barrels mounted on other side of him.

The past month's activities have seen Ajax visit a school, pay a visit to the Tower of London, attending a drinks party, as well as parading in front of the HMS Belfast, raising awareness for his endangered breed.

He also spent a week staying at Knightsbridge Barracks - the only household cavalry that has ceremonial heavy horses now in Britain, and riding through Hyde Park to Horseguards Parade with the barrack drum horses, a ceremony Alan described as "a fine piece of riding from Ajax."

He then moved out of London and into the Cotswolds later in the month, staying with traditional brewery Hook Norton, joining their four shire horses in delivering kegs of beer and doing ambassador work.

Then, over the past weekend, he has visited RAF Brize Norton and the RAF 99 Squadron - who recently acted as one of the major participants in the evacuation of Kabul - as the Coopers are affiliated with the squadron. 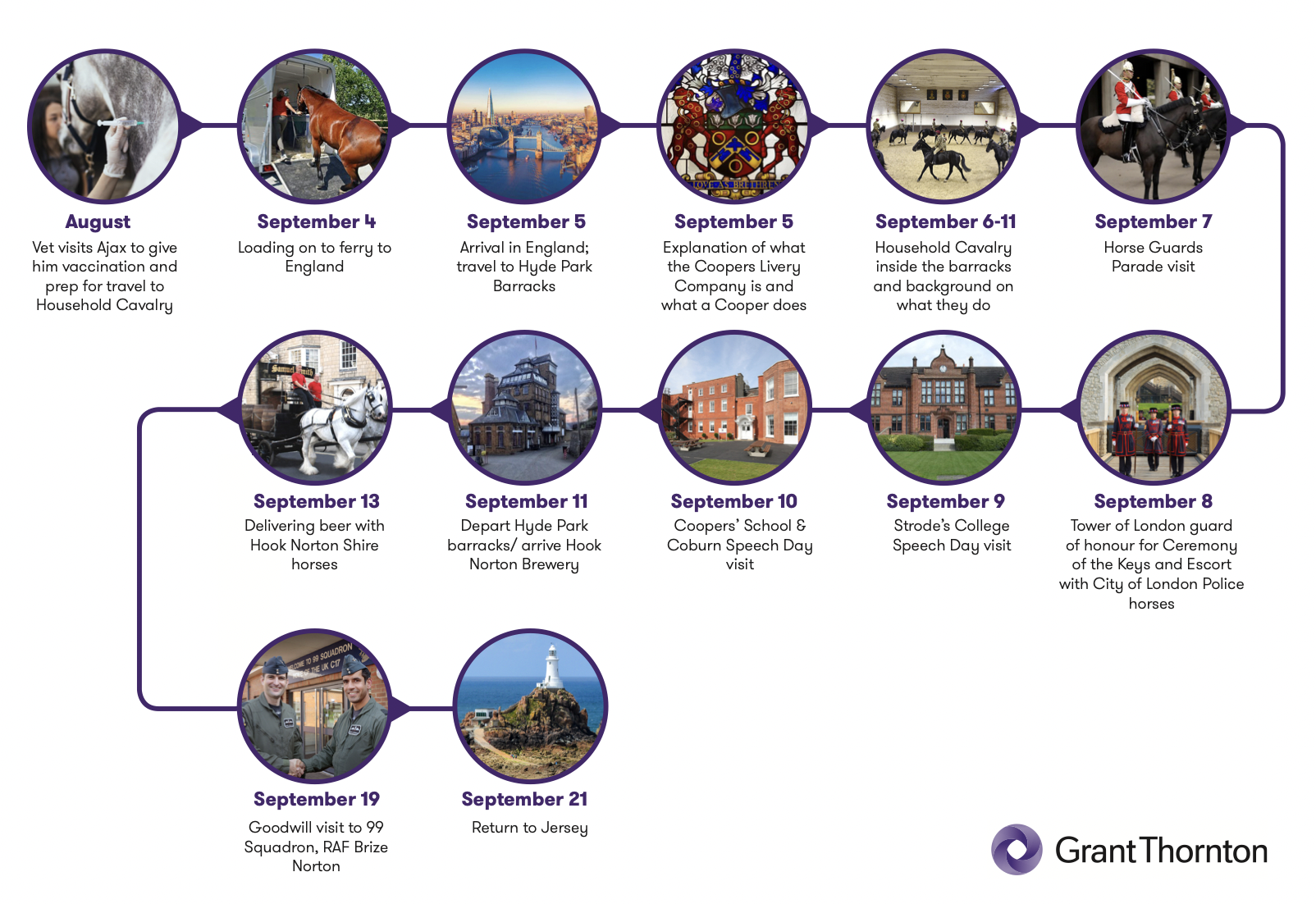 Pictured: A timeline of Ajax's adventures around the country.

Speaking about why Ajax has been such a good ambassador over the past four years, and has been able to go on so many adventures, Alan put it down to his calm breed.

"He lives in a field in Jersey, a very quiet environment and within twenty four hours he's in the City of London - and not many horses can take that sort of transition, yet he can and then be ridden or walk out or then be moved again," he said.

Though he added Ajax does not travel much, as it is not good to move a horse around a great deal, he did note that "the reason that we've had such an enjoyable journey through life together is because he is calm", referring to Ajax as a "gentle giant."

"That's what we've done over 10 years together, and he seems to have a ready fan club whenever he goes, so I can see more years to come hopefully!"