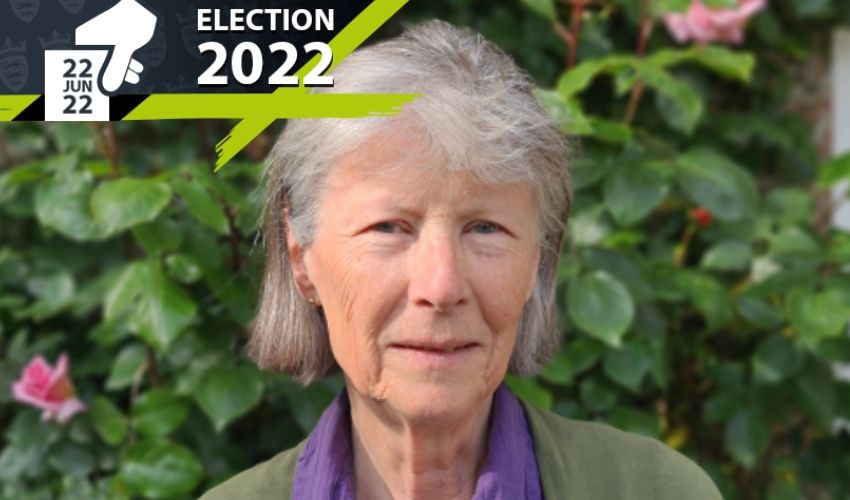 An islander who led walks around Overdale every day for a month in protest at the new hospital plans is standing as an independent candidate in the election.

Mary Venturini is hoping to secure one of four seats in the new 'super-district' of St. Lawrence, St. John and Trinity.

A journalist and editor who returned to the island 20 years ago, Mrs Venturini said that her experience as a member of the Friends of Our New Hospital group over the last 18 months had inspired her to stand.

Mrs Venturini said: “As a result, I not only have serious reservations about the new hospital design and the destruction of large parts of the community around Overdale but I have also learnt a great deal about the way political decisions are taken, how huge amounts of money are earmarked without responsible thought for the future, about island planning, and about the way the people most directly involved in a project are sidelined.

“This applies not just to the hospital project but to almost all aspects of life in Jersey at the moment. Crucial decisions are made without enough community involvement. People are feeling disenchanted, as though they don't matter.

“Is it any wonder that large numbers are being turned off by the political process and don't want to vote?“

She said that she hoped the 22 June election would give everyone “a chance to debate the future and to take a hard look at all the difficulties that worry the island”.