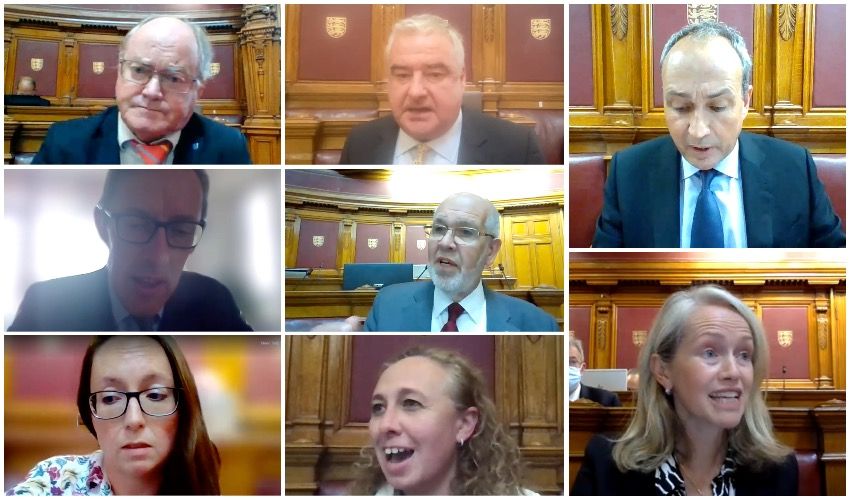 The hospital funding debate appears finely poised after a day of discussion on a plan to slash the overall cost of the project to £550m.

After taking on board the views of their own team of construction consultants, a Scrutiny Panel concluded that the Government’s proposed £804.5m budget is too high and this should be reduced by 31%.

Consequently, they have also cut the £756m of borrowing called for by Ministers to £400m.

23 Members from both sides of the argument spoke on Wednesday. Although some politicians kept their cards close to their chests, it appeared that the Government was ahead by a slim margin after Day One – by one or two votes.

If the ‘pour’ and ‘contre’ votes are the same, the status quo will remain and the amendment by Scrutiny will fail. 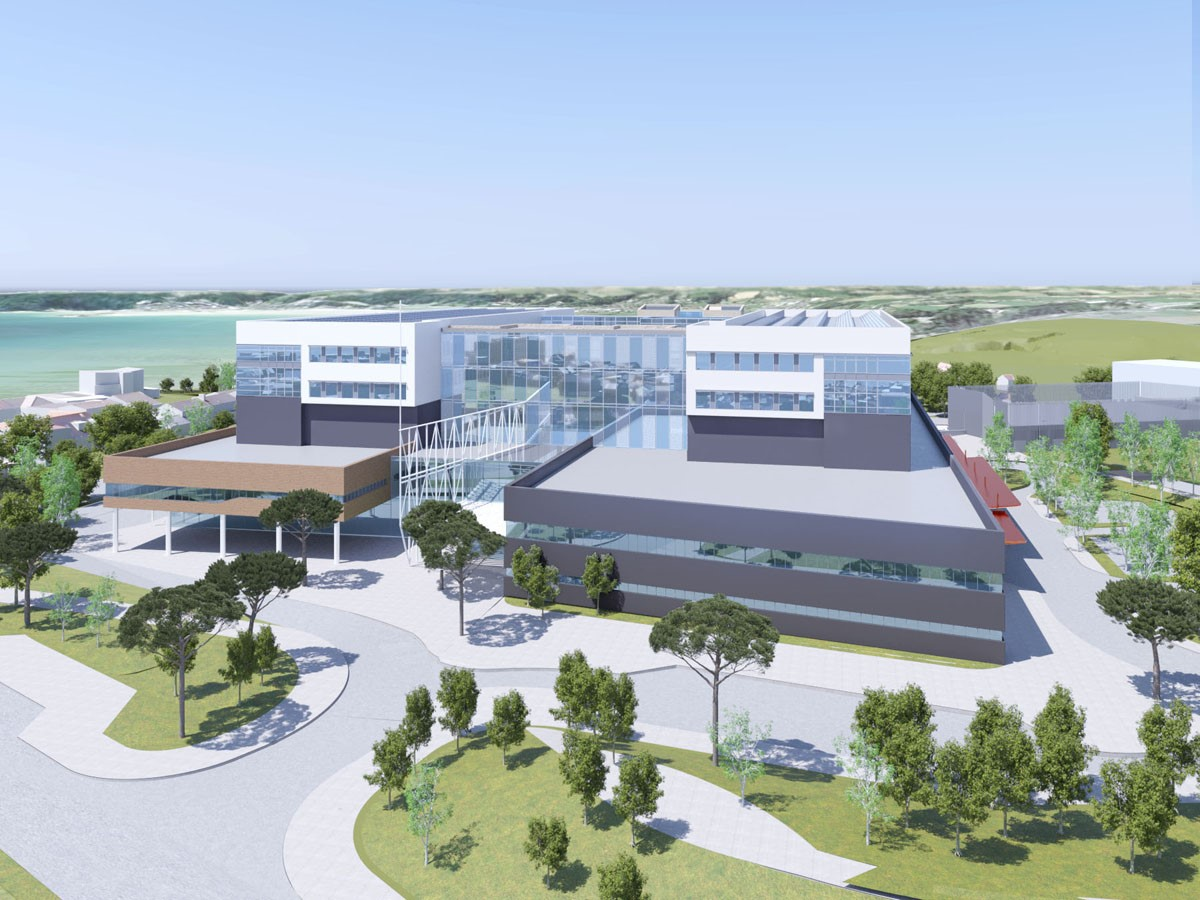 Pictured: An artist's impression of the new hospital at Overdale.

Contributors yesterday included the Chief Minister, who said: “To get the rubber out and start redesigning it in six weeks [if the amendment passes] ain’t gonna happen.”

This was after revealing that Our Hospital planning application is due to be submitted by 15 November.

He added that borrowing close to £800m would allow the Government to avoid touching its Rainy Day Fund – allowing it to grow £1.7bn over the hospital’s lifetime.

Supporting the amendment, along with his Reform Jersey colleagues, Senator Sam Mézec said that there was not enough information in the Government’s Outline Business Case - in other words, its funding proposal document - to allow him to back the £804.5m budget and £756m of borrowing.

He, along with several supporters of the Scrutiny amendment, said that it would not delay the project, but would give the Assembly greater control of its cost.

Today, the debate on the amendment continues. After that is voted on, the debate will move onto the Government’s funding proposal.

Posted by Jon Jon on Oct 7th, 2021
Even if its capped what happens when the cost has hit that figure and we have half a hospital built? Simply they will go back to the States who will have no choice but to vote any figure required to finish the job.
Posted by Jon Jon on Oct 7th, 2021
Will add though there's no faith in this Government,had we competent members then I might agree this borrowing ,but we are dealing with complete amateurs in this states assembly at present.
Posted by Private Individual on Oct 7th, 2021
Just another government debacle in the making. If they had been upfront and honest in the first place about how it was going to be paid for this would not be happening.
Posted by Denise Shrives on Oct 7th, 2021
How can the new hospital cost so much? I understand there will be no physio pool, not so many beds. How is going to maintain such a large building as the States have not maintained the one we have. For 25 years I was a member of the Hospital Radio Team so had access to parts of the Hospital that others didn't and could not believe that state things were allowed to get in. Who is going to staff this new hospital when we haven't enough for ours now. Where are all these folk going to live if we do get folk from abroad? This new Jersey Care Model is not working, I know of a elderly sick man for was discharged from hospital to go home and be taken care of at home - he didn't see anyone for 7, yes 7 weeks, ended up back in Hopital and then put into a Care Home until he is fit enough to go home. Can you imagine howe much this is costing the Tax payer, what is our Goverment playing at ?
Posted by Keith Marsh on Oct 7th, 2021
The Care Model that Jersey has stolen has never worked in any country where it has been tried. When staff numbers get tight "community nurses" get called back to the hospital and when Money gets tight, and it will, the first health sector to suffer is the community, because it is an easy target.
We need a decent hospital that will cope with ALL our needs, and we want it now ( well 2026 is close enough )
To place a comment please login Login »