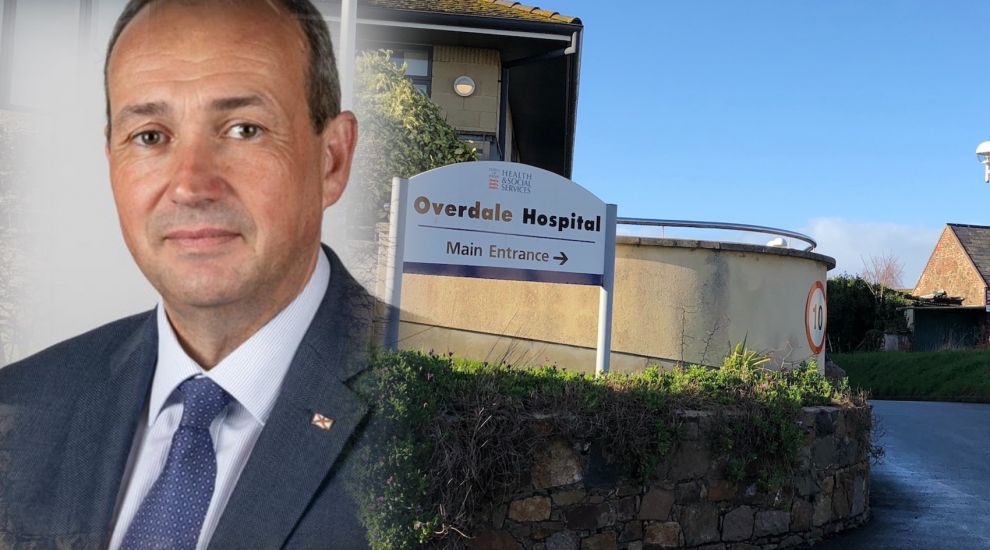 Almost £50m has been spent on the new hospital project so far, with another £10m set to be spent before States Members decide to borrow £756m to fund the rest.

But while the political head of the hospital project has conceded that £804m is “a lot of money”, he denied it is excessive.

Next month, the Council of Ministers will ask the States Assembly to allow it to borrow up to £756m to fund the new hospital, which is due to open in 2026.

The Future Hospital Review Panel held its last review before the debate on the ‘Outline Business Case’ - a document laying out the plan to fund the new hospital - which is scheduled for debate on 5 October.

The panel heard that:

Members have already selected Overdale as the site of the new hospital but have yet to approve its funding. If the Outline Business Case is approved, the Government will take out a public-rated sterling bond, with an interest rate of up to 2.5% per annum, payable in between 30 and 40 years' time.

£27m was spent on the previous 'Future Hospital' project to build a new facility on the current Gloucester Street site.

While the project was scrapped, the Government said that not all the money had been wasted, as some of the research work would be useful for the Overdale project.

Following our final hearing with @lyndonfarnham #scrutinyjsy remain concerned about the lack of detail in the Outline business case. This wknd we will be working on an amendment to deliver an affordable plan for future healthcare - debate on 5th October https://t.co/mmE3KQcyoG

She added that they would be working on an alternative plan "to deliver an affordable plan for future healthcare" over the weekend.

You are going to have NO MONEY in your pocket after they bring in the new taxes to pay for this project.
Posted by John Sheen on Sep 21st, 2021
Let’s hope Senator Moore isn’t going to commit political suicide and try to stop this. While we may all disagree on the perfect site, she has to stop these attempts to block progress and let Jersey get the hospital it needs.
Posted by Martin on Sep 21st, 2021
You HAVE to admire the BARE FACED behaviour of spending FIFTY MILLION POUNDS on effectively nothing & then spending another £800 M on the Hospital against the majority of our wishes ( AND it WILL be more than £800m) & then the interest £$ on the £800 M and the forty years of added financial strain on the next generation/S to pay all this back!

The good news is that by then - I WILL be dead!

Does anyone want to buy a fishing boat?
Posted by Paul Troalic on Sep 21st, 2021
So Senator Farnham concede that £804million is 'a lot of money'. Well that is very noble of him.
Perhaps the question he should be asked is if it was your money and your project would you be spending it?
Of course he wouldn't because it isn't his money it belongs to the tax payer.
This project goes from sublime to the ridiculous.
Why would anyone decide to build a hospital on anything but empty land? Why would you demolish a perfectly good building housing snd providing excellent services for the sake of the land on which it stands.
Why would you build a hospital on top of a hill with dubious access from all sides?
The whole thing is quite preposterous and Senator Farnham should admit he has made a mistake and more importantly underestimated public feelings and opinion.
Let's hope we can return to normality before more millions are spent.
To place a comment please login Login »