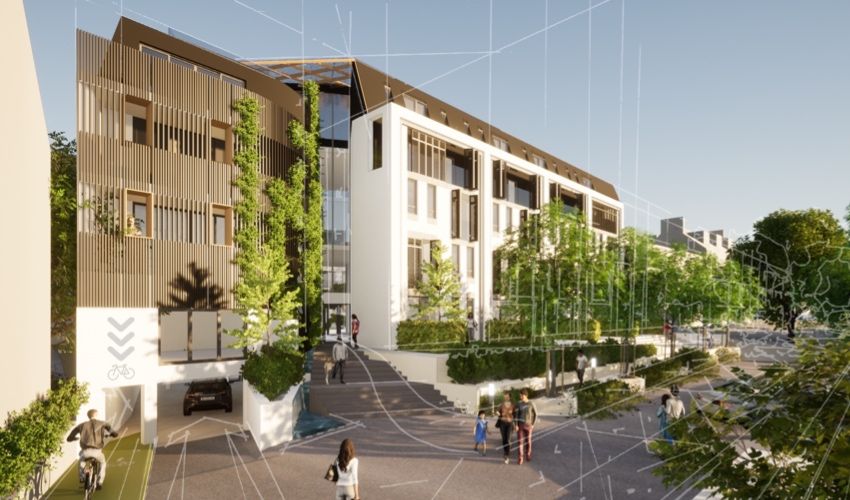 Plans to demolish the Hotel Savoy at Rouge Bouillon and replace it with 56 homes, including 33 two-bed units, have been refused.

The owners of the hotel, which first opened in 1968, had wanted to knock down the existing Victorian building, which dates back to 1840, and build “environmentally-conscious family townhouses”.

However, Planning has recently turned down the application.

Reasons for refusal include the impact of the proposed development on neighbouring properties, including Gloucester Mews and Gloucester Terrace.

The decision notice also says that no details have been provided of an ecological assessment of the site, nor was there a waste management plan for the existing buildings.

“The proposed amenity space provision for residents of the development is not of an acceptable overall size and quality, contrary to Policy H1 of the 2022 Bridging Island Plan.”

The project is one of the first to be refused under the new Bridging Island Plan, which was approved by the States Assembly last month.

Unveiling the plans last June, Savoy Director Roberto Lora Said the hotel had been “fighting a losing battle” to stay relevant to the ever-changing tourism market.

“Our property would be ideal for new ecological family housing built for Islanders wanting a quality residence that sets a new bar with its eco credentials."

He added: “We’re compassionate about the surroundings in terms of storey heights and screening, minimising traffic impacts and focusing on general well-being of the population. This is a genuine attempt to proactively move toward the zero carbon goals the island is striving for.”

Posted by Alan Keen on Apr 8th, 2022
Seems a little hypocritical considering the eyesore be constructed on the Ane Court site. Which was built with absolutely no consideration for nearby home owners.
Posted by Jon Jon on Apr 11th, 2022
Maybe the government have plans to use the Savoy to house the nine hundred workers needed to build this new hospital if it passes! Overdale is only up the road!
Posted by Sheila Young on Apr 11th, 2022
Maybe someone could build a hotel in St Helier, now that we have so few left.
To place a comment please login Login »