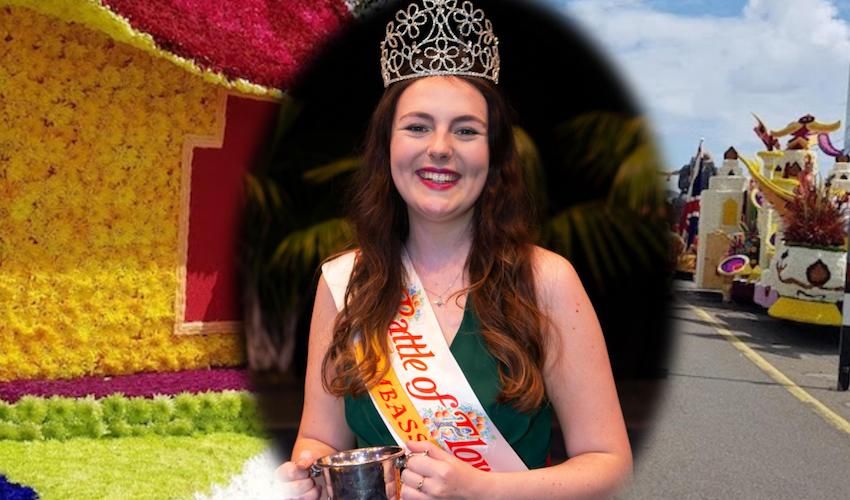 A 22-year-old HR officer has been selected as the second ever Jersey Battle of Flowers Ambassador.

Her consort will be 21-year old Emily Pallot who is currently studying to become a primary school teacher at Brighton University.

The pair were elected last night by a panel of judges, including Mary Walledge, Guy Le Sueur and Tracey Peters.

Joining the pair during the August Battle of Flowers Parades will be 12 year-old Eloise Morel who was named Junior Ambassador. Eloise lives in St Lawrence and attends Jersey College for Girls. Her junior consort is 10-year old Jasmine Joblonski, a pupil at First Tower School.

This is the second year that Battle of Flowers is electing Ambassadors instead of Miss and Mr Battle, after they decided to open both roles to female and male entrants due to a steady decline in the number of female entrants and the "misguided opinion" that the event is merely a beauty competition.

Commenting on the evening, Jackie Donald, Event Director for Jersey Battle of Flowers, said: “Once again it was another great evening with fantastic competitors so as always a difficult decision for our judges. It’s especially nice to see the Battle spirit is still alive within our younger community and I’d like to thank everyone who took part and in particular would like to wish our title holders an enjoyable and memorable year ahead."

This year's Battle of Flowers will take place on the afternoon of Thursday 8 and in the evening of Friday 9 August.