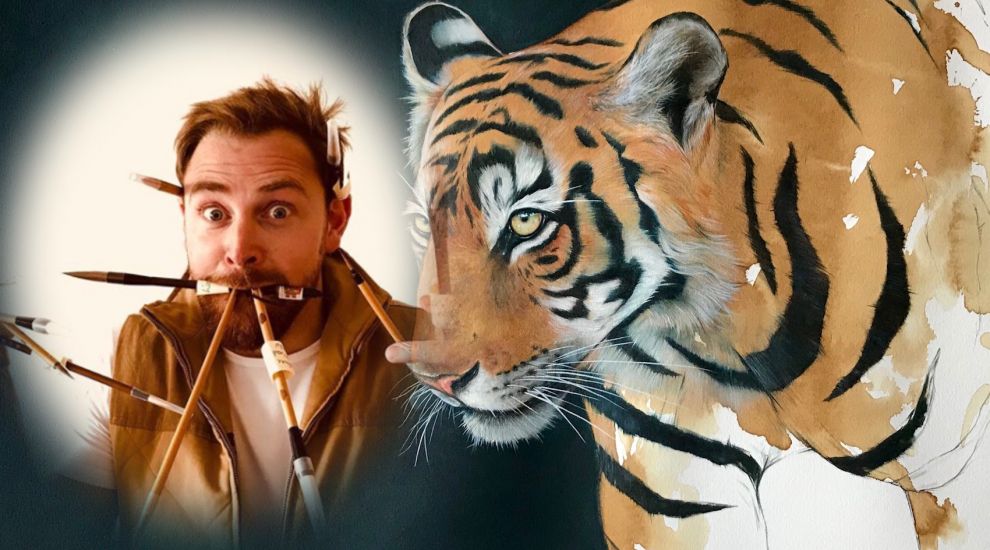 An artist who uses coffee and bronze to create striking portrayals of animals has shared the story behind his unique style currently on display at a Jersey gallery.

A selection of Stephen Rew's sculptures and one of his 'meowcchiato' tigers is on show at CCA Galleries International in the Summer Exhibition, which concludes on Wednesday.

“When I was young there were only going to be two career options for me, the artistic route... and I would have liked to become a vet or zookeeper. Never anything else.

"Those were my two options from day one,” the artist explains.

Despite it not being taken seriously as a career – “If you were trying to explain to people you wanted to be an artist, it was like saying you wanted to spent your days on the beach” - Stephen ended up taking the artistic route.

“I was always a painter”, Stephen recalls, adding that he has been drawing and sketching ever since childhood.

Having studied illustration at university, he admits his artistic path was always focused on two dimensions… until someone commissioned him for a sculpture.

“He asked me if I had ever worked in bronze, I hadn’t,” Stephen explains. “You never say never. I am a 'yes man', so I said I would give it a go. I played around, I made my first sculpture and I never looked back!”

Today, Stephen splits his creative endeavours between sculpting and painting and says he couldn’t possibly pick just one as each practice has its own merits.

“Bouncing between the two and being able to explore different mediums drives me and keeps me on my toes, it means I never get bored,” he says.

“I am constantly inspired,” he adds.

“I take elements form different paintings and throw them together. I am like a kid in a sweet shop, I cannot help myself! The world is too exciting I cannot stay away from certain things and some of that is very much an unconscious decision.”

One thing Stephen definitely cannot stay away from is animals – a subject he focuses on in almost all of his paintings and sculptures.

Looking around his office, he says he is surrounded by 10 different species, from octopuses, zebras and deer, to swallows, tigers, antelopes and king fishers.

Pressed to choose a species, he reveals the “big cats”, especially leopards, are “endlessly inspirational”.

A bust of one of them can be seen in the Summer Exhibition along with a portrait of tiger created with ink and coffee.

“Leopards are elusive, graceful, stealthy and understatedly powerful,” Stephen says. "They are incredible creatures and thanks to their elusive nature I have seen very few of them but not as many as I would like. I am desperate to see more.” 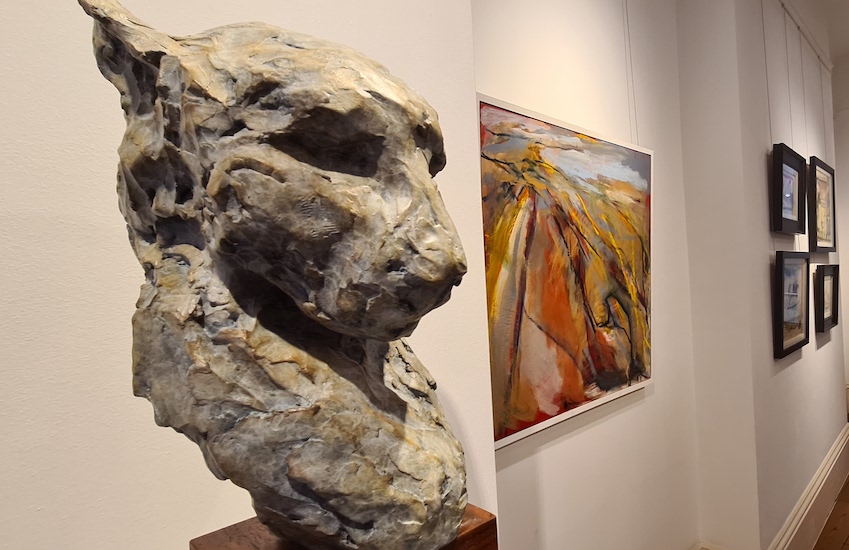 Stephen is also fascinated by birds, whose delicacy and feeling of weightlessness he says is hard to capture in something as heavy and hard as bronze.

While Stephen never became a vet or zookeeper, he fulfilled his childhood dream, nevertheless. He works closely with the David Shepherd’s Wildlife Foundation, which aims to protect endangered species in Africa and Asia, as a Partner Artist.

“The work they do in protecting wildlife something that is really important to me,” Stephen says.

“Being included in that team with like-minded people focused on the same end goal of salvation of animals inspires and energises me to keep working and stick to this path and keep changing."

“When I won ‘Wildlife Artist of the Year’ last year, there was a striking moment when I remembered… when I was younger, under 10 years old, I can remember a career person advice coming into the school.

"I remember at that age... that I wanted to do something with my art work to save the animals, but there was a doubt in my mind that it would happen, in the same way every boy wants to be a race driver or an astronaut but never believes it will really happen.

“I am living that little boy’s dream. I have managed to combine the two biggest passions in my life, and turn them into a positive change-making career.”