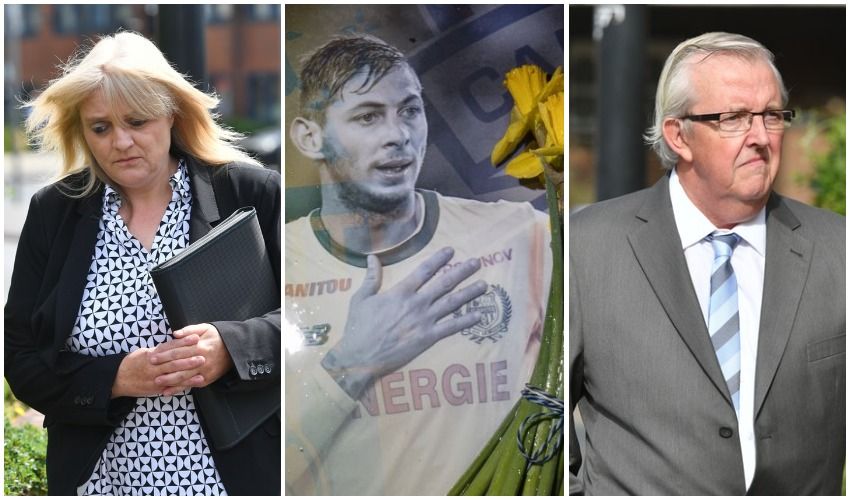 Two former CCTV company workers are facing a prison sentence after admitting accessing footage of the post-mortem examination of a footballer, who died in a plane crash off the coast of Alderney.

Striker Emiliano Sala (28) had just signed for Cardiff City when the plane he was travelling in from Nantes to the Welsh football club with pilot Dave Ibbotson disappeared off-radar near Les Casquets lighthouse on 21 January.

His body was recovered from the wreck just over two weeks later in February, and a post-mortem took place the following day.

In the following months, an image purporting to show the 28-year-old Argentinian striker’s remains at the Holly Tree Lodge mortuary in Bournemouth began to circulate extensively on social media, prompting an investigation by Wiltshire Police.

Last week, they appeared in Swindon Crown Court, where both admitted three counts of securing unauthorised access to computer material.

Bray also admitted perverting the course of justice by telling Ashford to “delete your pics” and deleting footage of Sala from her mobile phone.

The Court heard that Bray’s company held the out-of-hours contract for operating the mortuary’s CCTV, and that she had taken photos of the footage using a camera on her phone. She also sent a family member a photo on Facebook Messenger.

Police investigations also found that Bray had taken a photo of another body in the mortuary.

Judge Peter Crabtree warned that the two were very likely to face jail-time for their crimes, telling them: “The starting point is custody undoubtedly in this case, it’s extremely serious.”

Speaking following the hearing, Detective Inspector Gemma Vinton said that the pair’s actions had led the families of Mr Sala and the other gentleman to be “significantly impacted at what was already a difficult and traumatic time for them.”

“The actions of Bray and Ashford caused additional unnecessary distress and heartache, and I hope the families will now be able to concentrate on grieving for their loved ones,” she commented.

Anthony Johns, of the Crown Prosecution Service, described their actions as “truly appalling.”

“I cannot imagine why anyone would want to look at this footage at all, let alone replay it.

“Their actions represented a flagrant and disgraceful breach of confidentiality.

“Thankfully the wealth of evidence against the defendants left them no choice but to plead guilty to these offences and spare Mr Sala’s family any more pain.”

The pair will be back in court on 20 September.