Ian Rolls, Artist: Five things I would change about Jersey 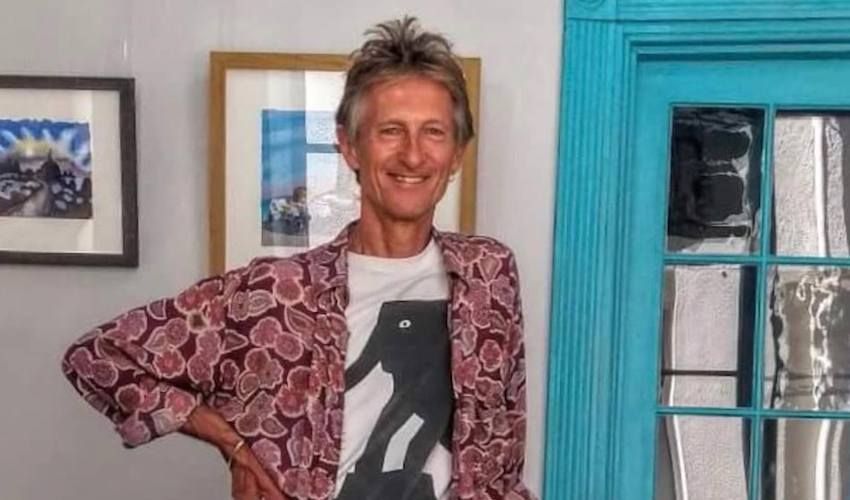 Ian Rolls, Artist: Five things I would change about Jersey

Best-known for his vibrant interpretations of iconic landscapes from Jersey and further afield, this ambidextrous artist is used to drawing inspiration from the world around him.

Although seasoned watercolourist Ian Rolls is no stranger to studying his island home in an artistic sense, what would he change about Jersey if he had the chance?

He took some time out of meditating, painting and running his new art space, Pitt Stream Gallery, to tell Express exactly that...

1. Jersey should be braver

I would love Jersey to take more risks. This little self-governing place is ideally suited to adopt emerging policies that larger jurisdictions are too unwieldy to trial... an island-wide electric new vehicle policy or organic farming practice to name but two.

This could also extend to use of tidal power as a source of sustainable energy, a total ban on single use plastics or subsidies on the cost of healthy food and drink to improve the diets of the less well off (and relieve the burden on the health service).

Pictured: Ian Rolls says that Jersey is the perfect place to trial "emerging policies" and he would like to see more organic farming in the island.

The promotion of such things together with much more cutting edge modern architecture would transform the image of the island almost immediately.

Jersey’s endemic conservatism over the years has led to the outsize growth of the finance industry with all its negative connotations and the traditional visitor of a certain age with an unadventurous mentality.

2. Fort Regent should be a university campus

Arguably one of Jersey’s few iconic buildings, Fort Regent has, in my view, never and will never realise its potential as a sports centre. If it was developed as a modern, purpose-built university campus it could attract vibrant young talent to the island (students and teaching staff) and by so doing transform the culture and society in a positive way and be a viable alternative source of income for Jersey.

Pictured: Ian says that the "iconic" Fort Regent should be transformed into a university campus.

Universities are big business, especially when they are in beautiful places.

3. Fishing boats should be in the marina instead of luxury cruisers

Wherever I go in the world, groups of indigenous fishing boats not only provide a feast for the senses, but represent the culture of a place in a totally uncontrived way.

Pictured: According to Ian, "groups of indigenous fishing boats not only provide a feast for the senses, but represent the culture of a place" (Ian Rolls).

So, I would plonk Jersey’s fishing harbour down in the marina opposite Liberty Wharf where the colourful hustle and bustle of the fishing industry can be enjoyed by locals and visitors alike and the luxury cruisers which shout excessive wealth and privilege can be hidden away where the fishing harbour is now.

4. Creative industries should be given equal status with finance

Jersey’s wealth of creative talent should be nurtured like a valuable new crop which has the potential to grow into a major export. Given financial and political support and the use of interesting States-owned properties, such as the old La Folie Inn and Piquet House in the Royal Square, creative hubs could be developed with associated cafes, studios, galleries & imaginative self-catering options.

And, of course, to supplement this we need an iconic piece of modern architecture to showcase the Island’s large hidden art collections with a policy of regular contemporary acquisitions.

Pier Road car park has the double distinction of having one of the best views in town from its caged concrete floors and being seen in all its bland, dreadful ugliness by every visitor who arrives in the island by sea.

Pictured: Ian says that Pier Road is an eye sore and he would be glad of some cladding for the "bland" multi-storey. (Google Maps)

Please clad it with a growing green wall or allow it to become a giant artwork or at least cover it in coloured lights at Christmas!

Posted by nigel pearce on Jan 11th, 2019
I have to agree with a lot of what Ian writes, particularly item one. One of the better 'Five things I would change about Jersey'.
To place a comment please login Login »