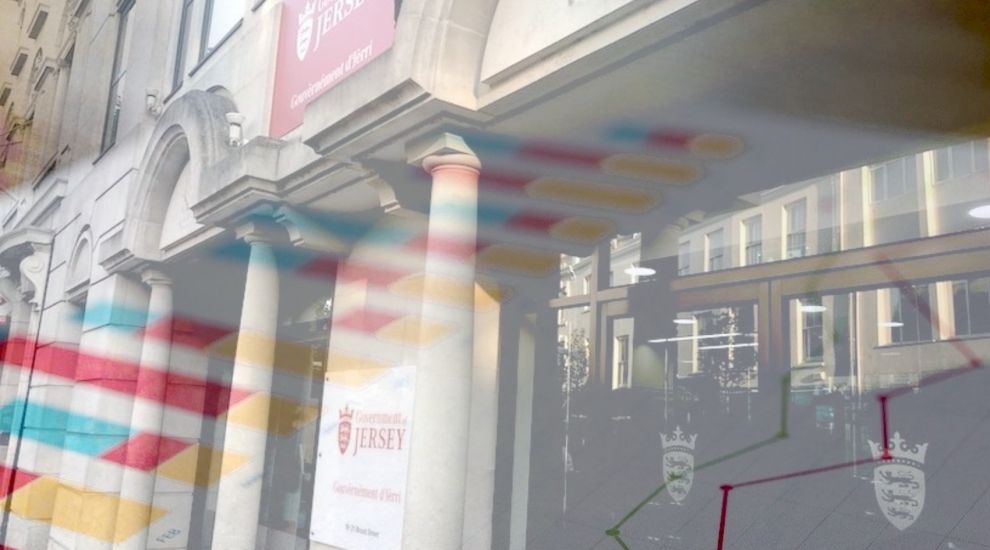 A battle with Government to protect Statistics Jersey’s independence has led to the departure of the island’s most experienced statistician after 20 years of service, Express has learned.

Chief Statistician Dr Duncan Gibaut, who has led the unit responsible for key reports on matters ranging from population to the economy since 2007, was put on gardening leave in November last year.

The decision came after Dr Gibaut and the Statistics Users Group (SUG) – the independent panel responsible for overseeing the work of Statistics Jersey - raised concerns about the unit’s independence.

This had been officially enshrined in law in 2018, but the unit remained funded by Government and its statisticians were therefore employed as civil servants.

Despite the new law granting them the authority to comment “on the quality and interpretation of any statistics produced by public authorities”, their employment status prevented them from doing so – a loophole sources described to Express as having been somewhat “weaponised.”

Further amendments were due to be made to the 2018 law to rectify this among other issues, while it had also been suggested to Government that the body should be grant-funded to ensure its independence.

But when the proposed changes were finally shared by policymakers, SUG remarked in their September 2020 meeting minutes that the plans had “evolved over the last 18 months into something completely different from originally envisaged.”

They said the Chief Statistician remained “too constrained, and should be able to explain SJ statistics and methodology to States Members and other public bodies”, adding that the suggested law changes also “did not have the appropriate consideration of UN principles and other international documents of best practice.”

Two months later, Dr Gibaut was placed on gardening leave – just months ahead of Statistics Jersey’s most important project of the decade: the 2021 census.

Since then, Ian Cope – a professional with more than two decades’ experience in the UK’s Office of National Statistics – has been appointed to temporarily fill Dr Gibaut’s role.

Operating under the new title of ‘Interim Director of Analytics and Statistics’, he will manage Statistics Jersey, as well as a new ‘analytics’ team in the newly-created Strategic Policy, Planning and Performance department. Express understands their work will focus on Public Health in the wake of covid.

Mr Cope started working in the role at the beginning of this month.

Responding to a request for comment from Express, a Government spokesperson said: "The States Employment Board has approved the establishment of a new post - Director of Statistics and Analytics. This role will have exactly the same independence as that of the Chief Statistician, but will operate at a more senior level in the public service. The post of Head of Statistics has also been established. This role will operate as Deputy Chief Statistician and so will have the same independence.

"These changes will provide, for the first time in Jersey, complete career ladders for local statisticians and analysts, from entry level right up to Director."

They continued: "Work has started to explore ways in which the Statistics and Census Law could be further enhanced and improved.  The Statistics Users Group has provided valuable initial input, and will continue to do so over coming months as the drafting instructions are developed. It is hoped that amendments to the Law will be lodged later in 2021 for consideration by the States Assembly.

"Ministers have always respected the independence of Statistics Jersey and will support any required improvements.

"Statistics Jersey will remain independent, as currently provided for in the Law, and our official statisticians will continue to provide briefings directly to the Assembly, the media and other third parties, as they do currently."

They declined to comment on the circumstances of Dr Gibaut's departure, however, stating: "We do not comment on matters relating to individual staff."

Posted by John Henwood on Jan 14th, 2021
It's very simple, if Statistics Jersey is not independent of government, no one will believe the information. The weasel way in which the independence of the unit has, apparently, been subverted is worrying and begs many questions.
Posted by Michael Blampied on Jan 14th, 2021
I am extremely disappointed that the island has seen fit to dispense with the services of such an eminently qualified, clearly dedicated and locally educated individual, and I am equally concerned at the reported reasons behind his departure. It worries me that there is a nasty whiff emanating from gov.je.
Posted by Steve Liron on Jan 14th, 2021
Yes, a very worrying development. So, if government owns everything and employs everyone, they really can start to do what they please without much in the way of challenge. And we in the West have the cheek to question authoritarian regimes and banana republics…..

I’d go some place where at least the sun shines. Oh I can’t can I – Covid….
Posted by Richard Lock on Jan 14th, 2021
The messenger has been sacked by the powers that be. I hugely sympathise with Dr Gibaut. We appear to have regressed into a dystopian Nazi state where all government information has to be distilled by the shameful ( expensive and over manned )Communications Unit prior to being released to the unsuspecting public. And last year we celebrated 75 years of Liberation !? To cap it all we have an imported replacement for Dr Gibaut accountable only to the One Gov system and thus open to undue influence. The Statistics Department must emphatically remain independent.
Posted by Peter Richardson on Jan 14th, 2021
Cutting to the chase on this matter I totally agree Mr Lock but having imported a UK mindset to gov.je what do you expect. The key issue is that we could trust Dr. Gibaut to be independent and make the calculations such as RPI correctly. Our RPI has mostly exceeded the same figure for the UK and don’t forget that our pensions and other benefits are updated by the increase each year. It would not be beyond imagination to find ways to massage this figure down to, match the shameful UK CPI, and save lots of money. Who better to do this than an expert from the UK?
To place a comment please login Login »