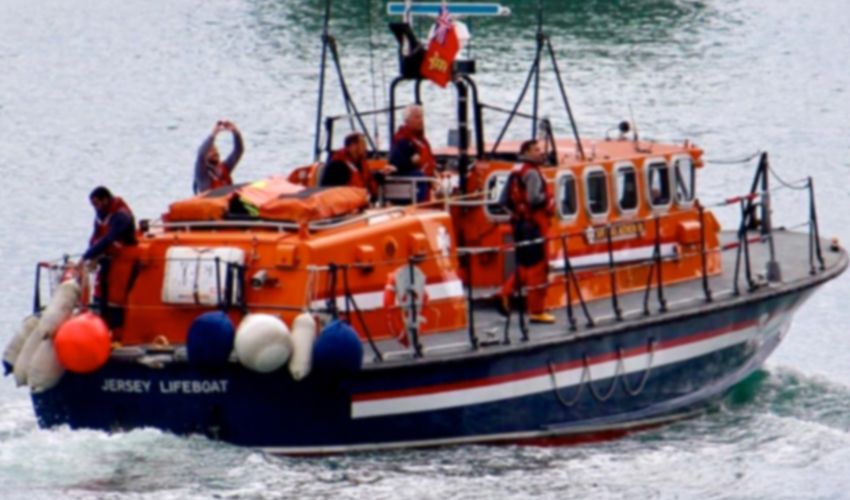 The Coastguard has launched an investigation after a Jersey Lifeboat Association vessel hit rocks on the way to help a stranded French yacht, which had to be rescued by the RNLI.

On its way to assist the French yacht, which reported that it was stuck on fishing gear at 21:31, Sir Max Aitken III struck rocks around Noirmont.

It then had to return to port in St. Helier, and the RNLI's All-weather lifeboat, the George Sullivan, was called at 22:12 to assist the stranded French boat. The yacht was freed from the fishing gear and then towed into St. Helier.

The JLA said in a statement: “The crew were never in any danger, and whilst the rudder was damaged, the boat did not take on any water.”

The Coastguard said that an independent investigator has now been appointed to find out what happened.

In the interim, the JLA's boat remains off service, and the charity told Express that surveyors will soon be inspecting the damage.

Responding to social media speculation that they had launched a Mayday call, the JLA was clear that this was inaccurate. They also denied hitting another vessel during berthing.

An RNLI spokesperson said this morning: “We were tasked to attend to a sailing vessel last night which was fouled on some fishing lines.”

Asked whether Sir Max Aitken III being out of service may affect the island's lifeboat provision, the Coastguard responded: "Jersey Coastguard does not operate any dedicated Search and Rescue (SAR) assets but does coordinate the most appropriate asset available for any given incident.

"Jersey Coastguard has an extensive and diverse range of SAR facilities available in response to incidents. It is normal for SAR assets to be unavailable from time to time due to maintenance or other reasons.  As well as locally based assets, Jersey Coastguard through the MANCHEPLAN, is able to call upon the assets of the UK and France (and vice-versa) if required.

"The MANCHEPLAN is a formal Maritime Contingency Plan for the English Channel, including the Channel Islands, allowing neighbouring states to request and mobilise each of others SAR assets, provided that it is done through a designated Marine Rescue Co-Ordination Centre (MRCC) and each MRCC keeps the others informed on asset availability."