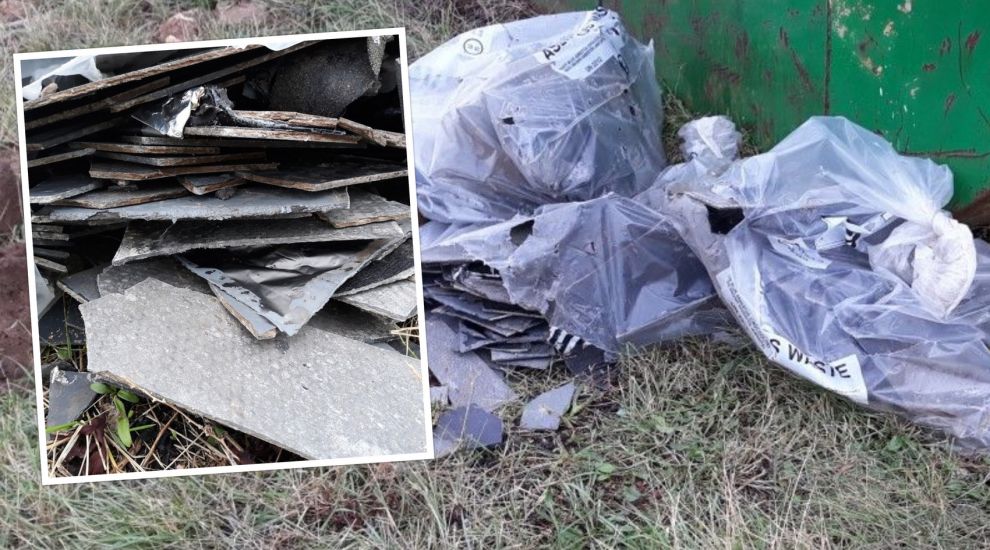 Government officials have launched an investigation after three bags containing asbestos roofing tiles, were dumped in a green waste skip at the Watersplash.

Discovered last week, the tiles were in approved clear asbestos bags, but all three bags were only single bags rather than the required 'double bagging.' All three had split open, exposing the tiles.

The tiles were discovered by a gardener in a green waste skip located in the Watersplash car park on Thursday 29 October.

It is suspected they had been dumped sometime in the four days prior to that. 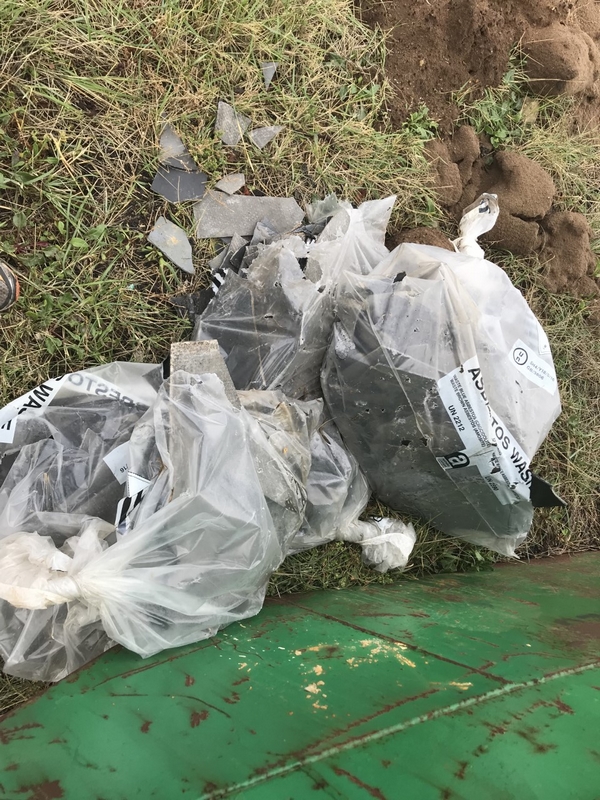 Pictured: All three bags had split open exposing the tiles.

It is estimated the tiles would have covered approximately 6sqm, likely enough to cover a small porch, extension or outbuilding.

Within the bags and partly attached to the tiles were pieces of Ruberoid-type roofing felt as well as some flashing tape.

The waste has since been removed by a licensed contractor and taken for disposal.

“The asbestos was dumped into a green waste skip we had on site to do some general maintenance with no consideration for the danger to our staff or the people further down the line who would be disposing of the green waste,” the General Manager of The Watersplash said. 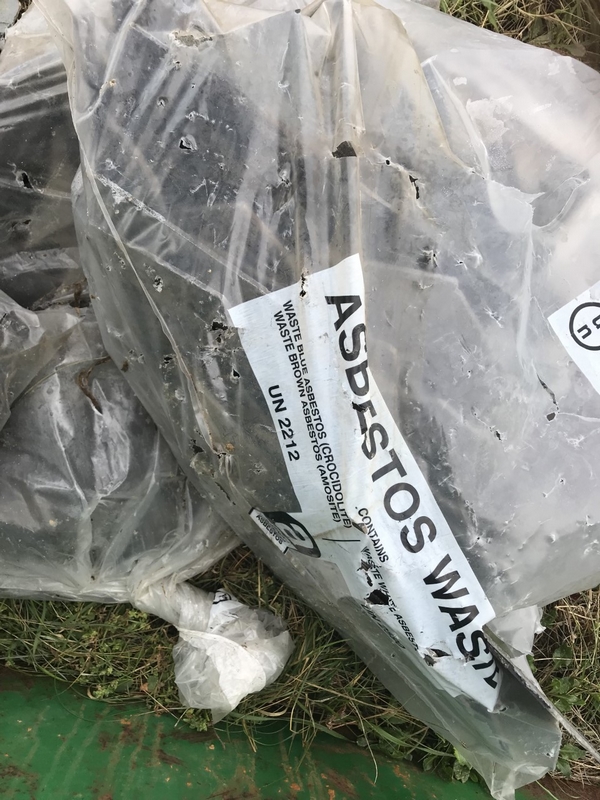 Pictured: An investigation has been launched into the fly-tipping.

Environmental Protection has launched an investigation into the fly-tipping and has requested that anyone with any information about it contact 709 535 or e-mail.

They are particularly keen to hear from anyone who may have noticed the recent removal of approximately 6sqm of roof tiles from a property.

“It is bad enough that someone has chosen to dump their asbestos waste so carelessly and in such a public location, but particularly concerning is that they appear to have no or very little knowledge of how to handle asbestos,” a spokesperson for Environmental Protection said.

“We are very keen to hear from any householders who may have recently had a small amount of roofing tiles removed and taken for disposal or anyone who thinks they may know where the tiles were removed from.”

Posted by Paul Hadikin on Nov 5th, 2020
The is enough webcams there to find out
To place a comment please login Login »

FOCUS: Best friends line up the orders in St. Ouen