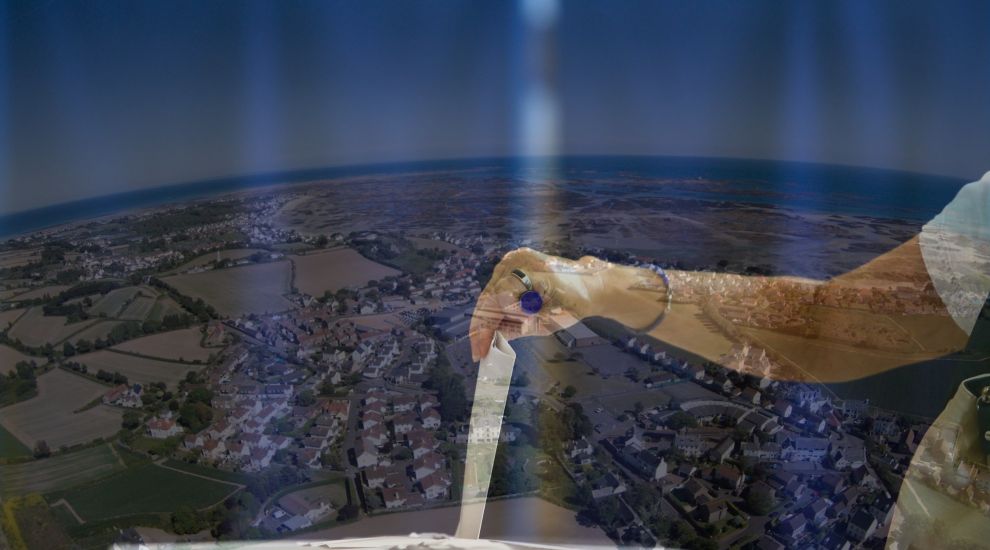 The potential return of the island-wide mandate in the 2026 election will have to be considered by members of the new States Assembly following a petition launched by a former Senator.

Ben Shenton said the new electoral system, which divides the island into nine districts and removes Senators, was a “backwards step” because no politician will have a mandate from every islander.

“Why should people in the town get to elect four Deputies, while some country parishes can only elect three?” he wrote in his petition.

“If you want to support a political party but they don’t put up any candidates in your district, do you not vote? If elected by a district, your mandate is from a minority of islanders.” 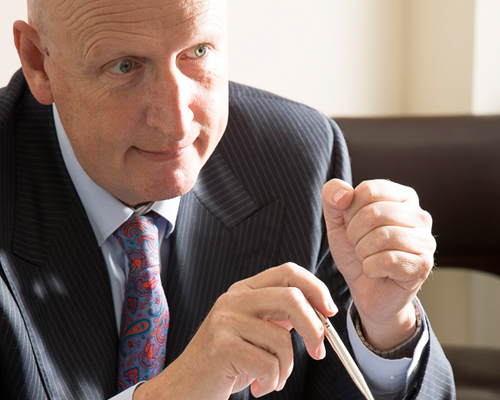 Pictured: Former Senator Ben Shenton wants to see all politicians, save the Constables, elected on an island-wide basis.

Having received 1,000 signatures, the petition prompted a reply from the Privileges and Procedures Committee (PPC) - a panel of politicians responsible for overseeing the running of the States Assembly and making improvements.

They said their successors and the new Assembly would have to consider the matter.

Their reply also reminded that the proposals to abolish the island-wide electoral contest followed the Election Observation Mission to Jersey undertaken by the Commonwealth Parliamentary Association in 2018, which had found:

• an electoral system which remains overly complicated and cumbersome

• constituency boundaries not drawn in line with international standards

• areas of concern including the number of uncontested elections

• disparity in the equality of the vote across districts and parishes

They also reminded the States Assembly had adopted proposals to establish an Assembly of 49 Members, 37 elected from nine new districts of comparable population size plus the 12 Parish Connétables, in December 2020, which effectively enacted Option ‘B’ from the 2013 referendum except with nine constituencies not six.

“The legislation to enact these proposals was contained in P.17/2021 which brought into force the Elections (Miscellaneous Amendments) (Jersey) Law 2021,” the panel wrote.

“The Law has amended the constitution of the States Assembly by removing Senators and increasing the number of Deputies, which will take effect on 22nd June 2022.

“There would be ample time for the new PPC to consider the impact of the new system and decide how (if at all) to change the system for 2026 after the forthcoming election. As part of the new PPC’s deliberations, it will consider the outcome of the Election Observation Mission 2022 as well as a report by the Jersey Electoral Authority on the administration of the election.”

Petition update: Call to 'introduce the Island-wide mandate for all States politicians by 2026' has attracted 1,000 signatures, therefore the Privileges and Procedures Committee (PPC) has issued a response which you can read here: https://t.co/1aBIgmYE1c pic.twitter.com/vuHm0m9miO

Guernsey moved to an island-wide voting system for the first time for its 2020 election. The island became one electoral district, with islanders able to vote for up to 38 candidates.

The successful candidate with the highest number of votes was former Chief Minister Deputy Gavin St. Pier with just short of 14,000, while the 38th individual to win a seat was Deputy Carl Meerveld with 6,477.

There was a record turnout for the new style of election, with 80% of eligible voters making their way to the polls.

Grouville representatives to bow out of key housing debates 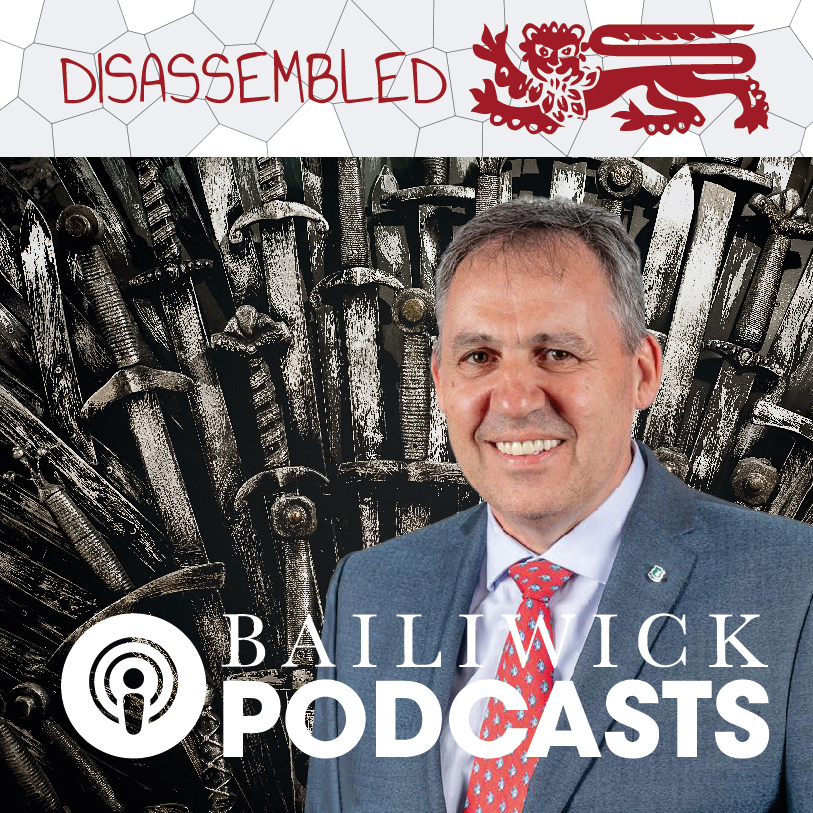 Posted by Private Individual on Apr 17th, 2022
Another government lash up.

Why was it ever removed?

Everyone should be elected on an island-wide mandate. This election is a joke, as there are many candidates that you cannot vote for.
Posted by Jon Jon on Apr 17th, 2022
Island wide mandate is the way to go...This election in June won't be a high turnout ,voting for four in our constituency out of forty nine members just isn't worth me turning out to vote, the first time since I was eighteen I won't be voting.Cut down the amount of members to twenty five ,all on Island wide mandate ,Guernsey did it so why not here but I doubt very much if our politicians would agree to that!
Posted by Jo Collins on Apr 17th, 2022
About time. It is ridiculous your voting rights are for less than 10% of the states. On an island 9x5 why do we bother with districts? Leave the NIMBYism for the Constables to worry about.
Posted by Scott Mills on Apr 17th, 2022
YAWN
Posted by Guy de Faye on Apr 19th, 2022
The real reason for the latest dysfunctional electoral procedure in Jersey is to ensure that the Island's Deputies no longer have to contemplate presenting their political views to the entire voting public. Many of them are poor public speakers, do not hold courage in their purported policies and have a preference for hiding amongst their parochial supporters, whilst being deeply distressed by the concept of "Island wide mandate".

The new political parties further guarantee a reduction in Jersey democracy. Payment of a membership fee ensures that those who would never be elected have a hugely disproportionate influence in local decision making. The actual elected party members will mainly be politicians devoid of creative thinking, who require direction in what to say and do. We are stepping back in time by over a century for a poorer system.

The response from PPC is historically inaccurate and totally misses the democratic point. Over 15 years ago a MORI poll established that Senators were the preferred States Members, then Constables, then Deputies. Last place was for a same day General Election, which PPC adopted as a priority, to discover that only 6 of the 12 Senators could feature in a general election owing to the "rolling authority" of their office. This incompetent oversight initiated the current and abysmal outcome.
The Island wide vote dispenses with boundaries (and their constant reassessment), presents all voters with the same candidates and the same number of votes to exercise. What could be fairer?

All the associated PPC nonsense about the Commonwealth "observations" boils down to a) Jersey States Members were consistently embarrassed by the Island's unique constitutional construct because they didn't understand it themselves and could not explain it to those interested and b) it was inevitable that CPA advice would recommend a simple system based around political parties because that is all they are familiar with. Please back Ben Shenton's petition.
Posted by IanSmith97 on Apr 19th, 2022
This is not the panacea people think it is. So one roll, 49/50 members or however many they deem ‘necessary’ to govern a population of 103,000 for heaven’s sake. Think of it soberly. No geographical constituency link between one of the 49/50 x £50k per annum legislators. If a voter has a problem to whom should they go? Any one of the 49/50? Really? That could mean if anybody remotely sensible or efficient is elected he/she is going to get all the complaints whilst the majority of the 49/50 don’t do any constituency work. It will end up worse than the shambles we have now. We have 49 States Members on a grade 9 civil servant’s salary (currently £44k - £51k p.a.) who have been totally and utterly incompetent at getting a hospital built. It’s amateur hour - well it isn’t because they are paid handsomely - of the highest order. Pathetic and a shambles but never mind, let’s make the whole thing worse. You couldn’t make it up, you really couldn’t.
To place a comment please login Login »