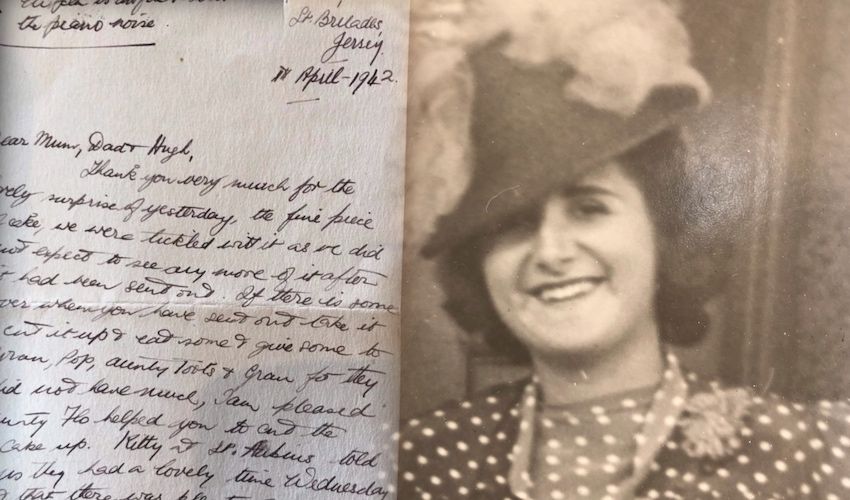 A Jurat has shared a letter written by her late mother shortly after her wedding, revealing how the then 19-year-old still managed to enjoy a "heavenly" honeymoon break in 'locked down' conditions.

“Of course, they were ‘locked down’ and therefore unable to leave the island!” Mrs Crill explained.

"So, they then honeymooned in St. Brelade, at the Miramar Hotel, which is still there on Mont Gras D’Eau.”

Pictured: The newlyweds went to the Miramar Hotel in St. Brelade for their honeymoon.

But it wasn’t just the young couple’s honeymoon plans that were disturbed by World War Two.

Mr Riches had been studying law at Caen University in Normandy for five years, and was about to take his final exams as the conflict broke out.

He managed to make it home to his family and fiancée, without realising they would all then be trapped in the island for another five long years. 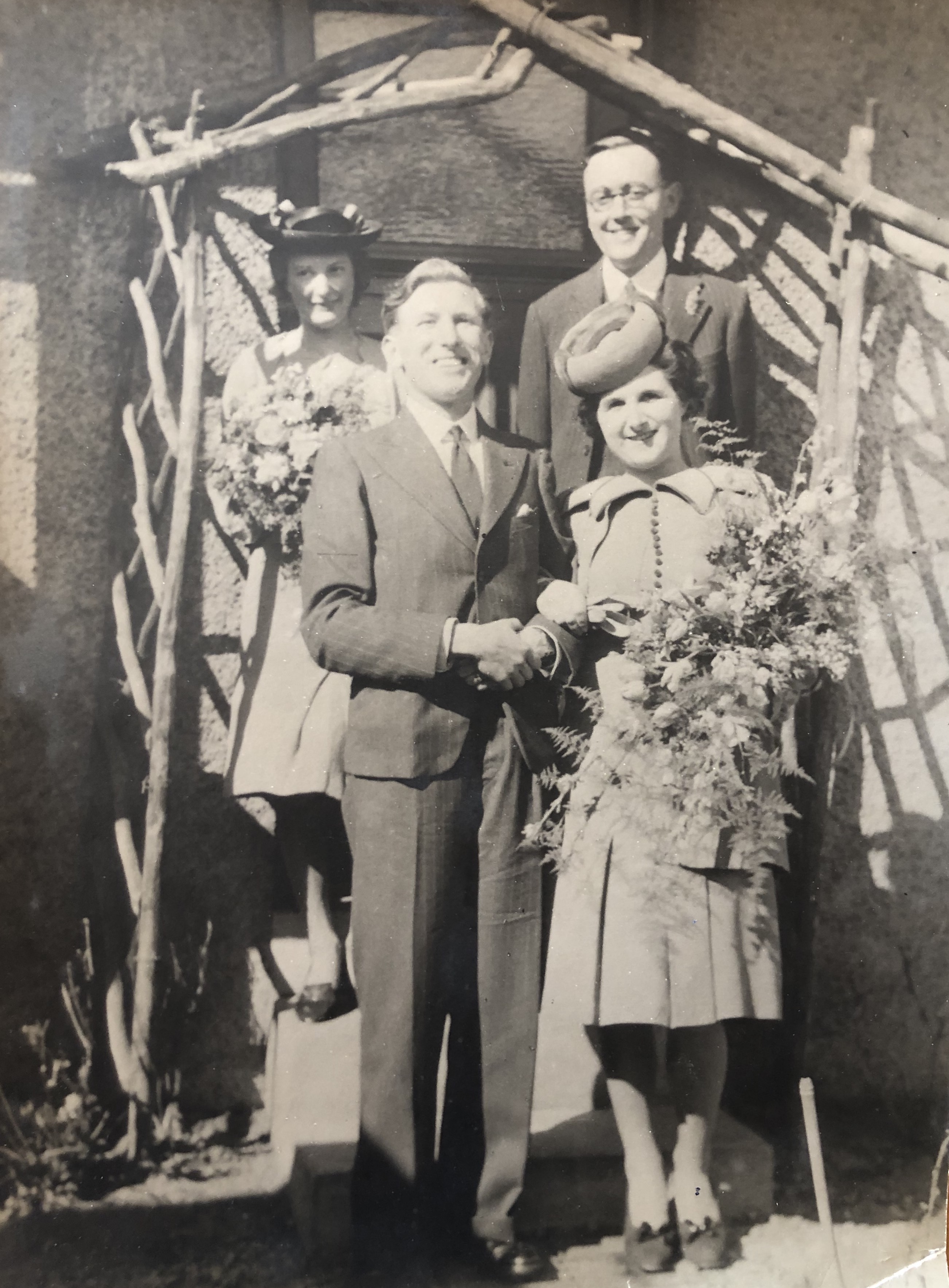 Pictured: Arthur T.M. Riches and Collette De La Cloche were married at St. Mary’s and St. Peter’s on 8 April 1942, with bridesmaid, cousin Gabrielle Hill and best man, Derek Langlois, at their side.

“Sadly, my father never resumed his legal studies,” Mrs Crill said. “He turned to teaching maths at De La Salle College while the island was occupied - and when his father, A. Robin Riches, died prematurely due to the lack of medicine, he then took over his father’s business, Marks and Riches.”

As the island celebrates the 75th anniversary of its Liberation, Mrs Crill shared a letter written shortly after her parents arrived at the Miramar, to her formerly St. Helier-based grandparents, De Beauvoir and Kathleen De La Cloche, with Express.

“After my grandfather De Beauvoir De La Cloche, known as Beau or Bob, retired from the Merchant Navy, he became a highly respected Sea Pilot with the Company of Town Pilots, and skippered the Pilot Boat when it took part in the ‘mini Dunkirk’ in June 1940, helping to evacuate St. Malo and assist Royal Engineers in destroying key installations including the port’s locks,” Mrs Crill recalled. 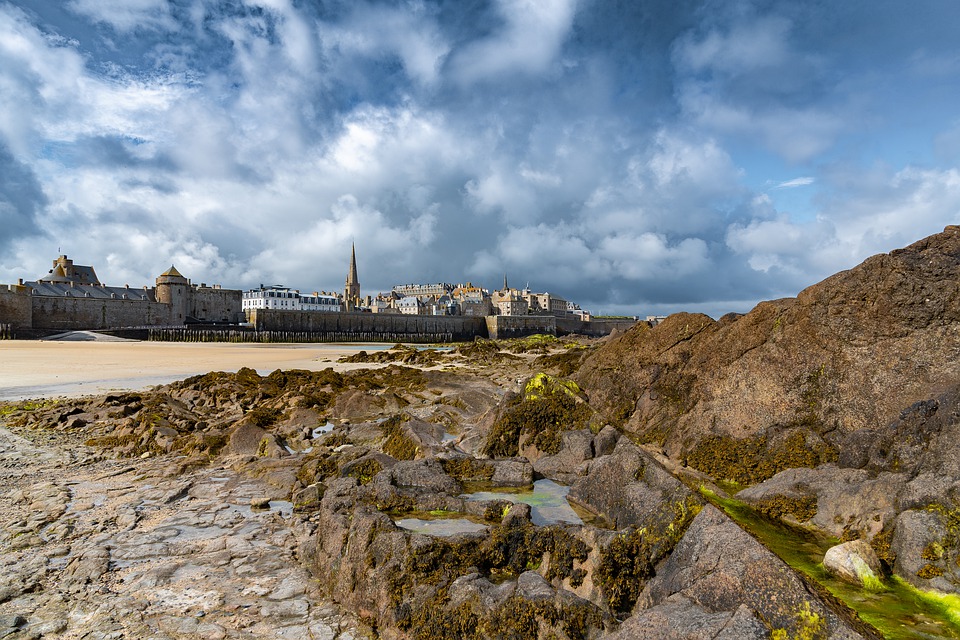 A boarder at Victoria College, he lived with Mrs Crill’s grandparents throughout the Occupation, as his parents, Bevis and Alice De La Cloche, were trapped in separate concentration camps in Changi (Singapore), where Bevis was CEO of Cadbury’s Chocolate until the Japanese arrived.

“Incidentally, Bevis never came home again, as, tragically, he died days before the war ended,” Mrs Crill said. “But Alice returned, very weak and a shadow of her former self after the brutal conditions she endured in Changi, to meet her son Hugh, who was 15 when the war began, for the first time in five years!”

Despite the era being fraught with tragedy and difficulties for both the Jurat's family, and many islanders, Collette Crill's mother's letter captures a rare moment of joy and tranquility.

The new Mrs Riches paints a joyful picture of the marital break, describing the Miramar Hotel as a “heavenly place” that she and her husband are thrilled with. 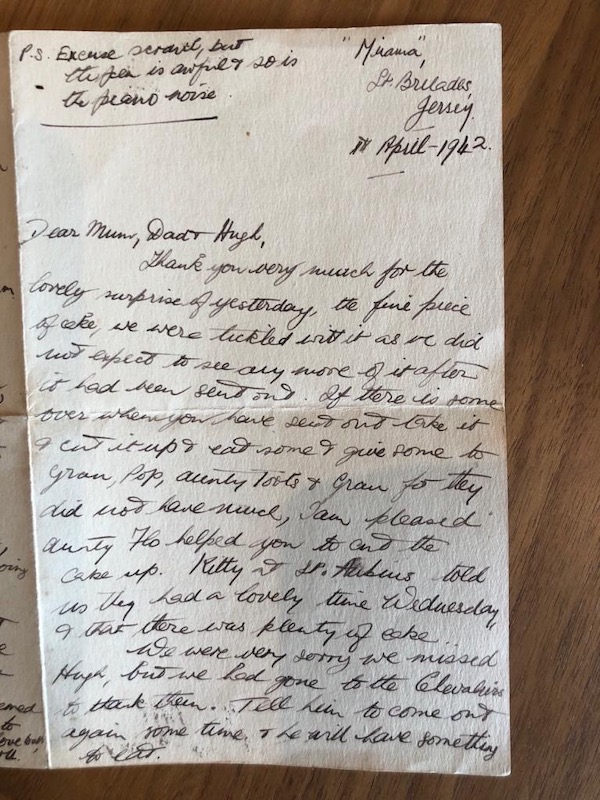 Pictured: In her letter, Mrs Riches describes the first few days of her honeymoon at the Miramar.

She mentions the food, “mostly vegetables and jellies and blancmanges”, adding that it is “very well prepared”, as well as the three members of staff running the hotel.

“As the Occupation conditions meant that they had to take their own food with them to the hotel, she explains that they ‘forgot to take their bread with them’, but they telephoned Orviss (now Vienna) Bakery who took it out to them," Mrs Crill explained.

"They also ‘forgot to register for their potatoes’, so they telephoned my paternal grandfather’s Import/Export business at 40 Esplanade (Marks and Riches) and arranged for the potatoes to be sent out also!” Mrs Crill explained.

She also invites her parents to cycle out to visit them at the hotel for afternoon tea – noting that the buses are “expensive”.

Mrs Riches goes on to say that it "is lovely sitting on the terrace facing the bay" - perhaps too "lovely", as she adds: "...yesterday we got quite sun-burnt and had head-aches".

Amid the peacefulness, the newlywed does note one barrier to achieving full bliss, however - her husband's piano-playing.

Having noted that he is "strumming" in the background "relearning the scales" as she writes, she jokily concludes her letter: "PS. Excuse scrawl, but the pen is awful, and so is the piano noise." 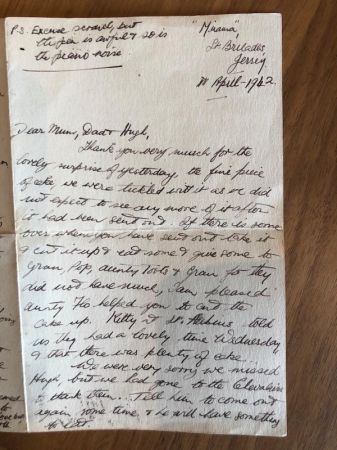 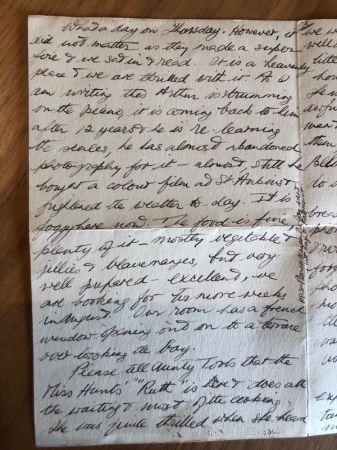 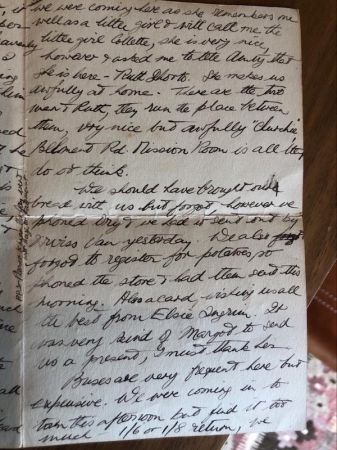 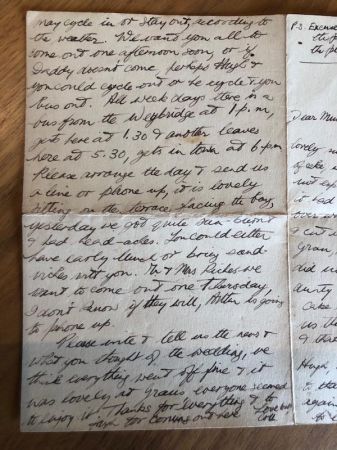 Posted by John Henwood on May 12th, 2020
A charming story. I hope the Jurat won't mind being reminded that she was just Cos Riches when I first met her through her elder and sadly late sister Jo. A lovely family, Mum and Dad Riches were always welcoming of a bunch of sometimes unruly teenagers. Thanks for the memories.
Posted by Collette Crill on May 13th, 2020
Thanks ‘Chick’ ! Indeed, such happy memories of our youth...
To place a comment please login Login »