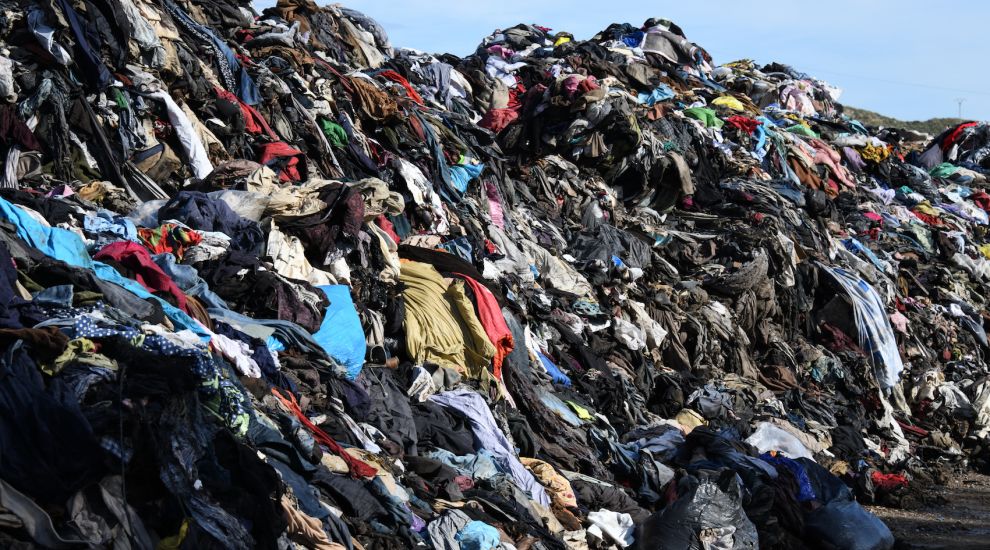 The amount of textiles thrown away as rubbish by islanders each year weighs the same as the entire Liberty Bus fleet – and it’s time to do something to change that.

That’s the message from the Government’s ‘Climate Jersey’ team, whose 'New 2 Me' campaign is aiming to convince islanders to embrace more sustainable fashion choices to help Jersey reach its goal of carbon neutrality by 2030.

They’ll be holding two clothes swap events this week – one for adults on Thursday 23 September at the Santander Work Café and another for babies and toddlers on Sunday 26 September at Pip’s Palace, Jersey Childcare Trust.

Explaining why being more conscious in our clothing choices is so important, the team said: “The fashion industry is responsible for 10% of annual global carbon emissions. This is more than international aviation and shipping combined.

"Swapping or buying second-hand clothing reduces the need for raw materials to make your clothes. Reducing carbon emissions from production, transportation and waste will help with our ambition to become carbon neutral.

“In 2019, 580 tonnes of textiles were collected for recycling in Jersey. We estimate that the same amount of unwanted textiles were thrown in the bin."

Putting that into perspective, they added: “The amount of textiles that we throw away as rubbish each year weighs the same as the entire Liberty Bus fleet in Jersey."

Posted by Scott Mills on Sep 20th, 2021
not surprised with the lack of quality fashion over here. Same same robotic looking rubbish. Lovely beaches to wear stuff on
Posted by Private Individual on Sep 20th, 2021
So just to clarify, we are not allowed to make our own choices on what car we drive, what we heat our house with, what type of fuel we cook with and don't forget your yearly jab.

They are also demanding the type of clothes we wear, and more importantly how we get to work.

All this is based on an estimate!

Every day more and more of our freedoms and human rights are being removed from our daily lives.

This is unacceptable at every level.
To place a comment please login Login »

FOCUS: How sustainable was the Government in 2020?