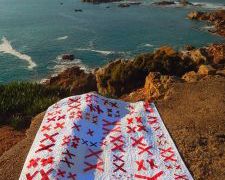 Parishes across the Island are taking part in a project launched by an American woman to honour physically and mentally disabled people who were murdered by the Nazis.

The '70,273 project' was launched last year by Jeanne Hewell-Chambers in North Carolina. The aim is to sew 70,273 blocks of white fabric with two red Xs, each remembering the life of one victim. The blocks will then be made into quilts that will be displayed across the world.

Jeanne started the project on Valentine's Day, which is also her birthday, last year after watching a documentary about the 70,273 people killed by the Nazis before the Holocaust began. She learned that their medical files were evaluated by Nazi doctors, and if they were deemed “unfit” or an “economic burden on society”, the doctors would draw a red X at the bottom of a form. If two doctors made a red X on the page, the disabled person would be killed, most of them within the next two hours.

Bundling up blocks for #the70273project and getting them ready to send off to be pieced and quilted. If you're willing to piece and/or quilt, please let me know. (I'll write a letter to Santa on your behalf!) #sewingforacause #quilt #quilts #quiltsofinstagram #disabilityawareness #stitchedwithlove #disablity #collaborate #quilter #quilters #quiltersofinstagram #commemorate #history

Jeanne told Express: "At the top of the list of reasons of why I’m doing this is Nancy, my middle-aged mentally-disabled sister-in-law. When the idea first whispered to me, I was stitching her drawings - something I’ve been doing since she began making gestural marks in June 2012. Nancy is a treasured wise person in my life, as are many other people with disabilities, and my heart cries at the thought of their vulnerability and voicelessness making them prey for those who are arrogant enough to find them unworthy of life. I can’t save the lives of the 70,273 people who were murdered, but I can preserve their memory."

In Jersey, Gisele Therezien does a lot of patchwork and quilting on her spare time, when she is not working at Jersey Zoo. She heard of Jeanne's project through an online post and decided to get involved.

She told Express: "I was quite shocked to hear that this happened. I heard about the Holocaust but never about those disabled victims. I was totally unaware they had been targeted like that and it touched a nerve. I quickly told my quilting group, Jersey Modern Quilt Guild about it. They got onboard pretty quickly and then my friend, Kim Monins, mentioned she had heard about the project too. We thought, 'How amazing would it be to get all parishes involved like they were for the Liberation Tapestry?'"

So far, over 600 blocks have been made on the Island, with almost all parishes involved. "We are slowly working our way through them. We still have to plan open days in St. Clement, St. John, Trinity and St. Helier. Our goal is to produce a quilt for each parish. All 12 of them will then be exposed at the Jersey Museum Link Gallery in the new year," explains Gisele.

6,845 blocks have been made in total and they keep coming every day from every corner of the world. Jeanne says: "I’ve heard from people in over 110 countries, and I have blocks and quilts from people far and wide: New Zealand, Australia, France, Belgium, the Channel Islands, the mainland UK, Canada, Argentina, Switzerland, Germany, Thailand, and more. Doesn’t it make your heart smile knowing that there are kind, compassionate, caring people all over this beautiful rock we call Earth? At the risk of sounding overly “woo, when the idea came and whispered itself to me, I could see the world standing seam-to-seam in these quilts, paying tribute to people like Nancy." 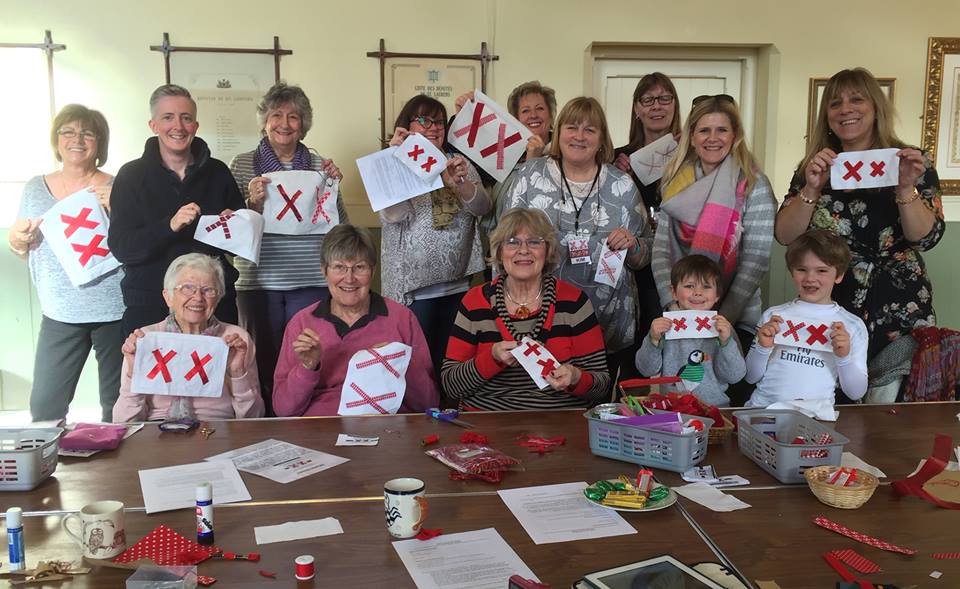 Pictured: Gisele and Kim have been visiting parishes around the Island to get islanders involved.

Jeanne is hoping to have all the quilts - around 1,200 in total - by the end of October this year, 20 months after she launched the project. "The Nazis spent 20 months murdering these 70,273 people, and I don’t think it should take us longer to care than it took them to kill. Then the first thing that will happen is The Great Gathering and Launch where every quilt will be on display and I’ll get to meet the people I now call friends and call them “Sugar” to their face. People from around the world will be invited . . . and encouraged to bring tissues."

Over here, Gisele and Kim have set the "cut off point" for 31 August to allow plenty of time for the quilting. In the meantime, they will go from parish to parish to help people make their blocks.

Gisele commented: "Everyone has different reasons to do it, some do it because they have relatives that are disabled or because one of their relatives died in the concentration camps. We get to meet all those amazing people and hear all their stories. It's definitely worth it." 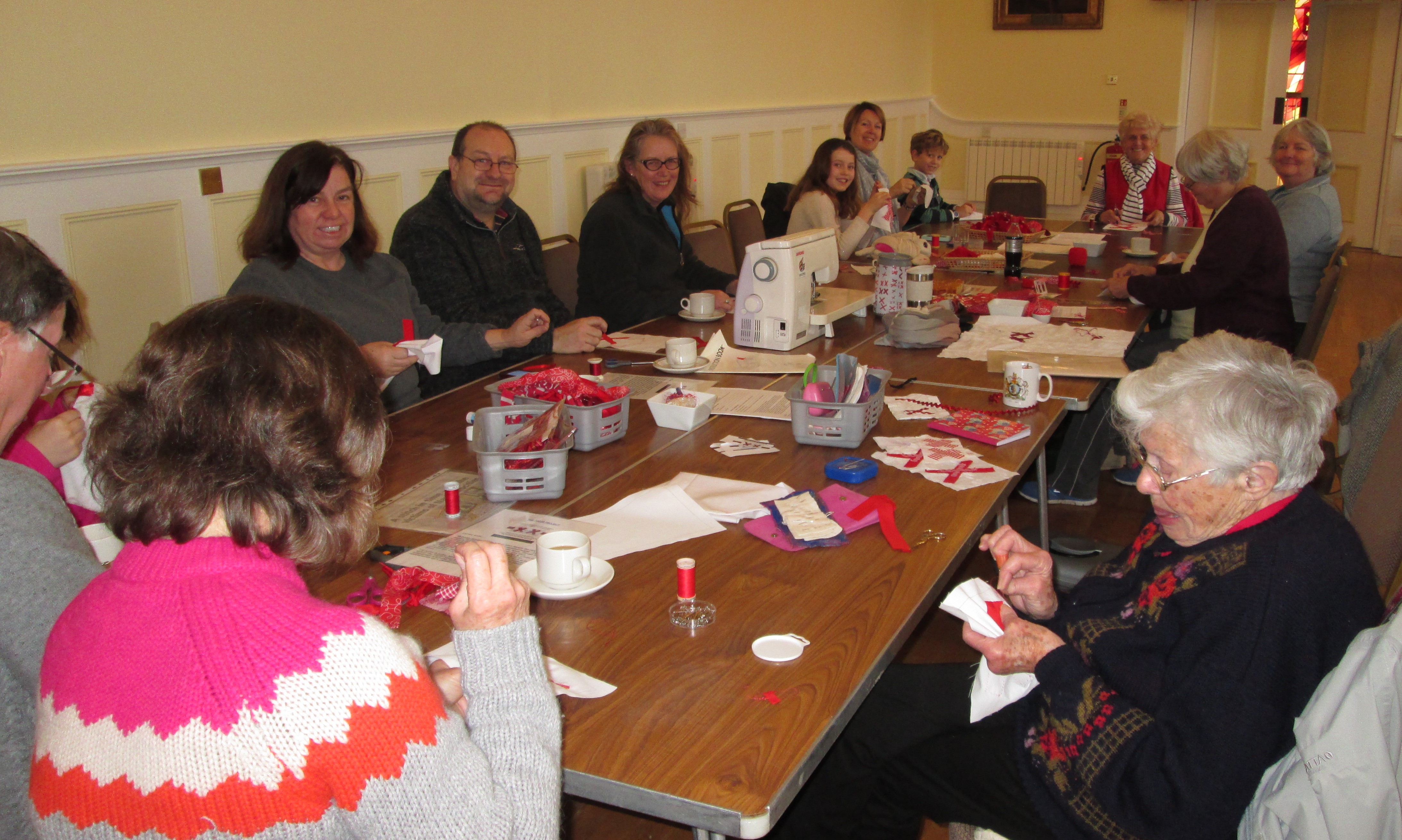 Pictured: There are still a lot of blocks to make before the August deadline.

You can also get involved by contacting Jeanne directly. More information is available on her blog.