Islanders asked to watch out for crapauds! 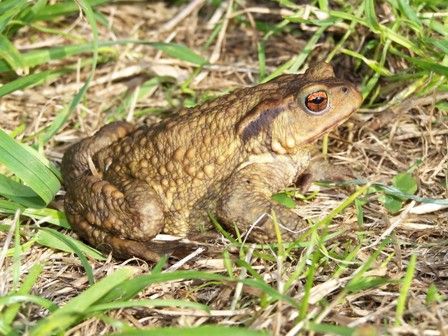 Islanders asked to watch out for crapauds!

Once toads were so common in Jersey that they gave Islanders a nickname that has stuck for centuries – now we’re being asked to keep an eye out for them to help conservationists track their numbers.

This year is the tenth anniversary of the start of the Toadwatch project, and Islanders are being urged to get involved to help as the amphibians’ breeding season gets off to an early start. The public are being asked to send in records and reports of toad, tadpole and spawn sightings – and to take care driving on rainy nights when toads, the original “Crapauds”, are out and about.

Toadwatch is a joint venture between the States Environment department, the Jersey Amphibian and Reptile Group and Durrell, and tracks changes in populations and habitats so that conservationists can look after them.

Matt Goetz, Head of Herpetology at Durrell, said: “By studying ponds over a period of time, vital information can be gained on the distribution and movement of amphibians in Jersey.

“It’s great news that 2014 is Toadwatch’s tenth anniversary because that gives us a substantial amount of information to work with.”

“We’ll be able to put together all the data collected since 2005 and display the analysis on a map of Jersey, showing the distribution of ponds and how this has changed over the years. This means that we are able to see any dangerous trends at the click of a mouse and step in early to see what we can do to alleviate the problem.”

Any information about 2014 toad sightings, ponds with toads or ponds that were previously used as spawning sites but have now become dormant, can be sent to toadwatch@durrell.org or left as a detailed message on the Toadwatch line 860053.