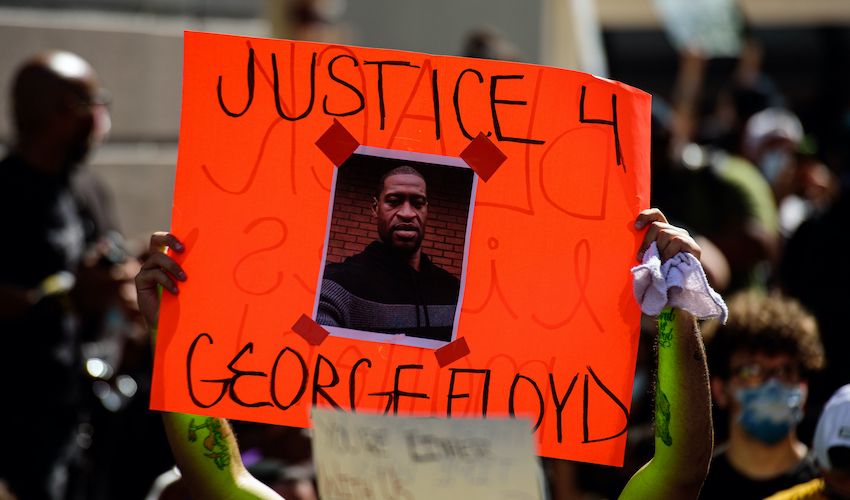 A group of islanders plans to kneel in the People's Park this weekend as a tribute to George Floyd - the black man who died while being arrested by police in Minnesota - and to show their solidarity with other anti-racism demonstrations across the world.

Organisers say that the peaceful, and physically distanced, protest is intended to mark Mr Floyd’s death, as well as allowing Jersey people to show their support for the ‘Black Lives Matter’ movement – which calls for an end to police brutality and institutionalised racism. 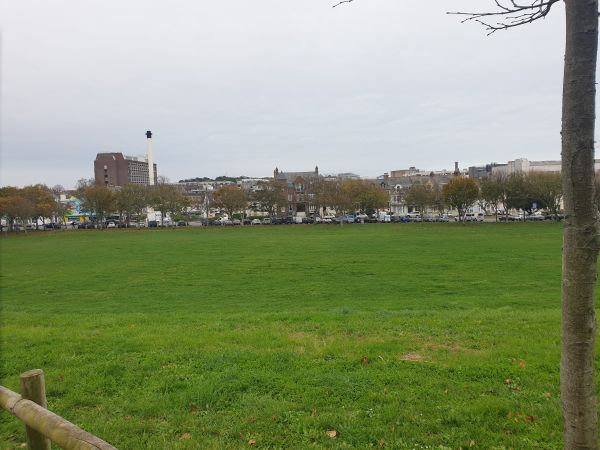 Pictured: The protest is being held in People's Park

Video footage of Mr Floyd’s arrest has sparked outrage, and action, around the world as demonstrations in all 50 states of America and in London’s Hyde Park were held to demand change from policy makers.

Mr Floyd was arrested and restrained by four officers after allegedly buying cigarettes with a counterfeit dollar bill. One of the (now former) Minneapolis officers, Derek Chauvin, can be seen pinning Mr Floyd to the ground with his knee for eight minutes and 46 seconds until he loses consciousness.

Mr Chauvin has now been charged with second degree murder, and the other three ex-officers face charges of aiding and abetting murder.

Now, campaigners in Jersey want to show their support by encouraging protesters to kneel, sit or bow their heads for the same amount of time Mr Floyd was being restrained.

The event has the permission from the Bailiff's Chambers to go ahead, provided protesters abide by physical distancing. It was initially planned to take place in the Royal Square, but due to the number of people interested in attending - the event has now been moved to People's Park.

Express caught up with organisers Jude Kriwald and Nicola Twiston-Davies who are working with community groups to organise the event which has garnered interest from hundreds of islanders on social media.

When asked why they wanted to organise this event, Jude and Nicola said: "The idea behind 'Kneel for George Floyd' is inspired by current world events and the desire to end racism. We kneel in solidarity with those who are expressing their hurt and anger towards the racism experienced by black communities worldwide. We join them in demanding better of ourselves and our institutions.”

Reacting to the event’s response so far, they remarked that it has been “overwhelmingly strong and positive”.

“This week the Black Lives Matter Jersey CI Facebook Group was created as well as this event. The importance of this time of change can be seen in the intelligent and respectful debate online as well as the fast response and interest to be a part of the conversation and positive change.”

Speaking about why this cause should be advocated for in Jersey, the campaigners said: “Sadly, racism is a worldwide problem and nowhere is currently immune. Ask a black person and they will tell you; it is prevalent in their everyday lives. Unconscious biases exist in all of us and in every organisation. To put an end to racism, we can all do more to understand how our actions can unintentionally harm black people. This week, so many people have come together to stop their usual routine in order to listen and hear what is being said. These people have expressed a desire to learn from other voices, to be aware and to be part of a positive change.”

They explained that they’re working with “many black community leaders here in Jersey, as well as black community groups such as Black Lives Matter Jersey CI,” adding that "the current line-up of speakers and attendees for Saturday includes" representatives from this and other groups "as it’s vitally important they are able to share their perspectives.”

When asked by Express about the protest, a spokesperson for the local Police said: "We are aware of the planned protest on Saturday and are meeting with the organiser today. There will be a police presence in the area but we anticipate the event being conducted in a peaceful and respectful manner, fully in accordance with the wishes of the organiser.”