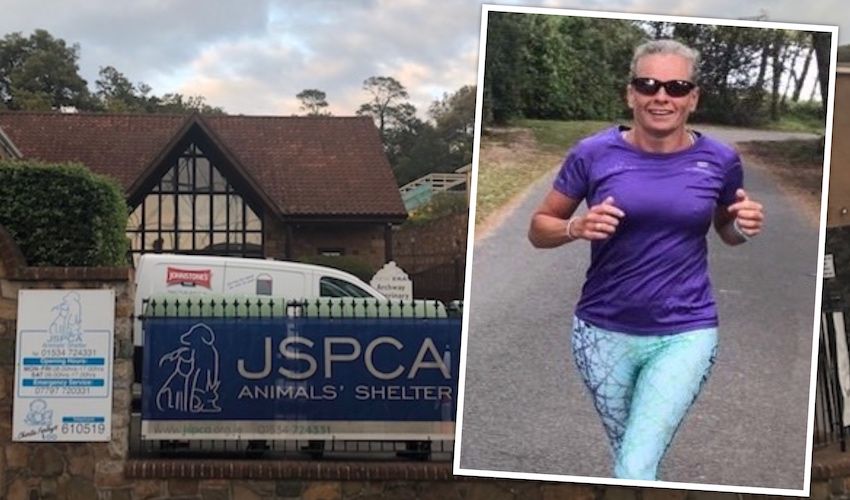 An islander with a passion for running set herself the challenge of running 10k every day in May in a bid to raise £500 for the JSPCA – a target she eventually tripled.

After completing a Trail Monkey challenge in April, during which she covered three half marathons and nine 10ks, and with her first ever Comrades 90k Ultra in South Africa cancelled, Sam started thinking about another challenge for May.

“I’ve been running for years, I absolutely love it, it’s my main sport,” Sam said. “I do triathlon as well, so I cycle and swim but running is my passion.

“I was doing a run with my other half and I started thinking about how many 10ks I could do in a month. I thought why not do one every day.”

While the prospect of running 300 miles in a month might be daunting for some, Sam says she was inspired by Captain Tom Moore – who raised over £32 millions for NHS Charities Together by walking 100 lengths of his garden.

“I just thought if a 99-year-old man can do this I haven’t got any excuse,” she explained. 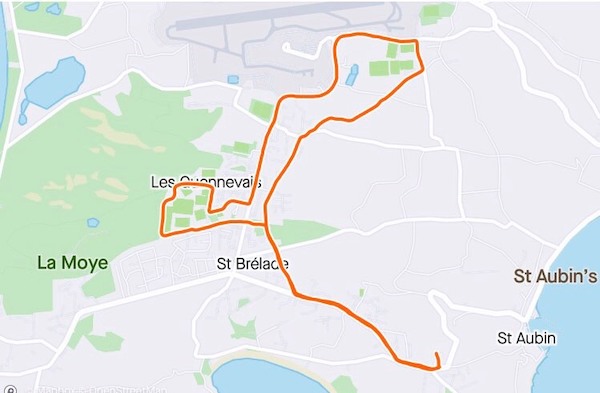 Pictured: Sam followed the same route for each of her 10k run.

Every day of May, Sam got out and ran, following the same route day in, day out, without getting bored.

Her other half, James Harrison, joined her on 15 of her runs, even though he is not a great runner as Sam said, and cycled alongside her for the rest of them. “He was a great support,” she said.

Sam’s “lovely friends” also came out to run with her and show their support.

Luckily for Sam, the weather conditions in May were on her side and it only rained once.

“It was a bit windy and it got very hot towards the end,” she added. “One of my last runs on Saturday, I left it a bit too late in the day and it was roasting!” 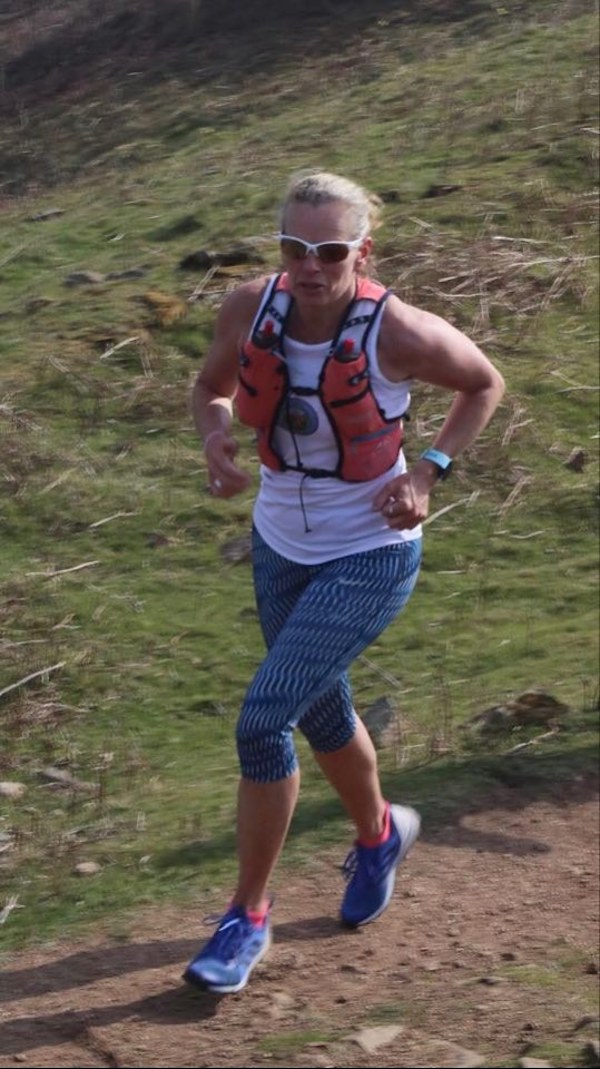 Pictured: Sam, pictured in a Trail Monkey race, is an avid runner.

In the last week of her challenge, Sam decided to go a few miles further and started running two 10ks every day.

“Because I am used to do long distances, 10k did not seem enough,” said the avid runner. “On the bank holiday Monday, I had done a run in the morning and in the afternoon, I got thinking ‘I’m going to go for another run’.

“The last couple of days were hard but my legs seem fine.

“It feels weird today [Monday] because I would normally go for a run. I will have a couple of days off and then go back to it. I had a little ankle injury last week but will probably go back to running Thursday or Friday." 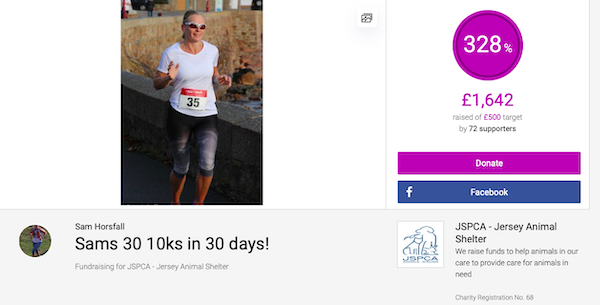 Her challenge now completed, Sam still can’t quite believe how much money she has helped raised for the JSPCA, a charity she chose following recommendations from her friends and because she loves animals.

“I cannot believe I raised that much,” she said. “It’s ridiculous.

“When I set the amount to £500, I thought maybe I should have put £300. I am so pleased for the JSPCA. Big thanks to everyone who have donated!”

Posted by jane blakeley on Jun 3rd, 2020
Brilliant and inspirational, we all need these stories to egg us on and in such challenging times. Well done to Sam
To place a comment please login Login »