It stays fair for Fête finale 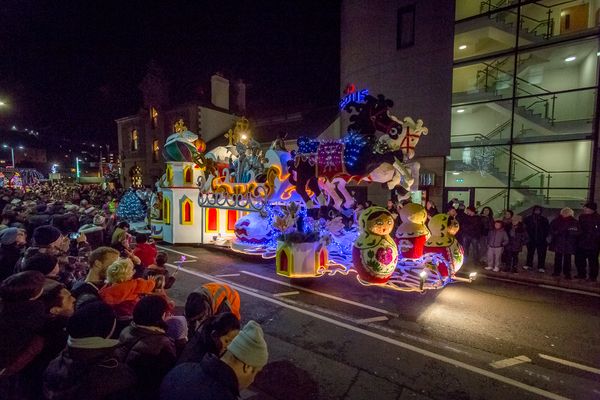 It stays fair for Fête finale

Despite chucking it down for most of the day it didn’t rain on the parade as the crowds gathered to watch the Christmas floats light up town for the finale of this year’s Fête dé Noué.

But we can expect more wintery showers this week although the Met say it won’t be nearly as cold as parts of the UK that are bracing themselves for snow and ice.

The Christmas festival might have come to an end now but the markets, street entertainment and live music have all been helping give Islanders some festive spirit.

Anyone who had had their fill of mince pies could tuck into a homemade croque-monsieur and hot cider instead as 11 market traders were in town from Normandy to offer some French fare too.

Maison de Normandie Manager Aurélie Leroy said: “The Norman market has become a very popular and well-established event in Jersey. It is all about bringing something different to the island, something coming from our closest neighbours.

“Jersey is proud of its Norman roots and Normandy is proud to call Jersey as their closest 'cousins' so it makes sense that this event is the milestone of our close relationship. It is so nice to hear people talking Jèrriais to our traders and they would reply in Norman patois.”