“It’s changed our lives - and for the better” 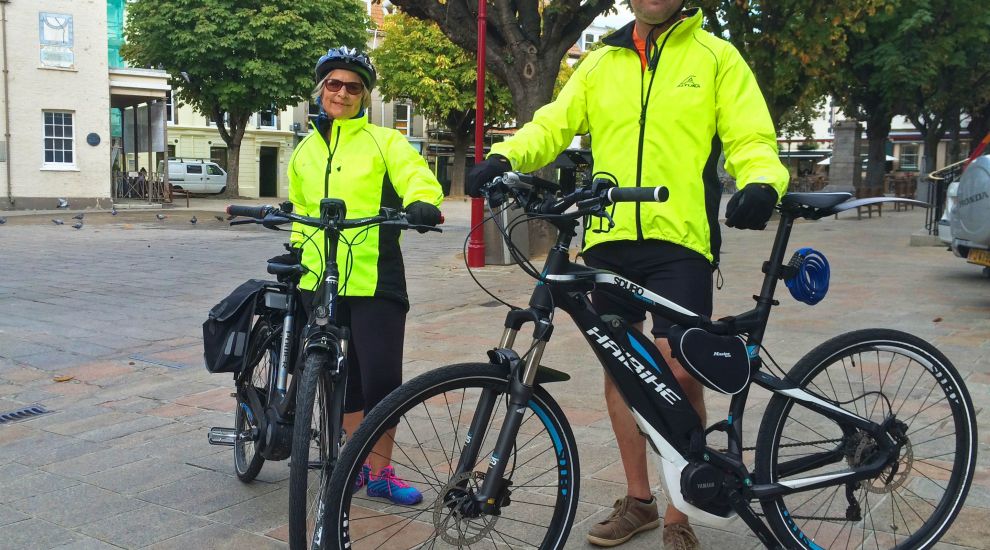 “It’s changed our lives - and for the better”

Nick Bastiman used to look at his motorbike in his garage…..and carry on looking at it.

“I probably went out on it two or three times a year and the rest of the time I would just keep it gathering dust in the garage and look at it,” said Mr Bastiman.

“Then the e-bikes scheme came along and my wife Pippa and I discussed it. We thought it was too good an opportunity not to do it, so we did. And we have never been happier with a decision. It’s changed our lives and for the better.”

Mr Bastiman sold his motorbike for £3,300 and took advantage of the States’ ‘car2cycle’ scheme which offered up to £300 towards the cost of a new e-bike.

“In total that came to £4,000 but with the scheme that came down to £3.400, which was pretty much exactly what I sold my motorbike for. Also, we got rid of one of our two cars, so we now have a family car, plus two e-bikes. Again, it was a decision we thought about for a while, but we are really pleased we did it.

“I’ve told friends and neighbours about the e-bike scheme and four of them have done it themselves.”

Mr Bastiman says he has not been surprised by the popularity of the scheme as the couple went to view some e-bike stores in St Helier the day after it was announced in June and they were already 76th and 77th in the queue.

“We knew it would be popular because it is basically a good deal and we felt it was the offer of a decent amount of money which tipped us over the edge. We just couldn’t see a reason not to do it as we are both very keen cyclists, we both cycle to work and the offer was a really good one.”

Mr Bastiman says his e-bike is exceptionally easy to use and with winter coming, he has forked out for some proper weatherproof gear.

“I’ve been using my e-bike for around three months and I’ve already done 850 miles so it is getting good use. I cycle six miles a day to work and back and all I do is plug it in overnight and it is ready the next day.

“I have tested it a few times and I’ve done a round the island cycle, which is over 50 miles. There was still plenty of charge in the bike when I got home.

“Basically the beauty of it is, it takes the sting out of Jersey’s big hills. Nowadays I actually look forward to a hill, whereas beforehand I didn’t. You have to use almost no energy to pedal up a hill as the electricity does it for you, at about 15mph. Then on the flat I like to work out and that is hard work as the bike, with its electric engine, weighs more than a normal bike. So you are getting good exercise, but the bike helps for the nasty bits.”

At least 360 people across the Island have already taken advantage of the ‘car2cycle’ scheme since it began three months ago, far in excess of the 150 a year the States were expecting.

Anyone over the age of 14 can apply to the scheme and the e-bikes have zero emissions, involve no parking fees and no petrol costs.

Posted by Trevor Carre on Oct 10th, 2016
Selling your motorcycle and car does not alleviate road congestion as the people who bought them from you will now be driving them on the roads.
To place a comment please login Login »