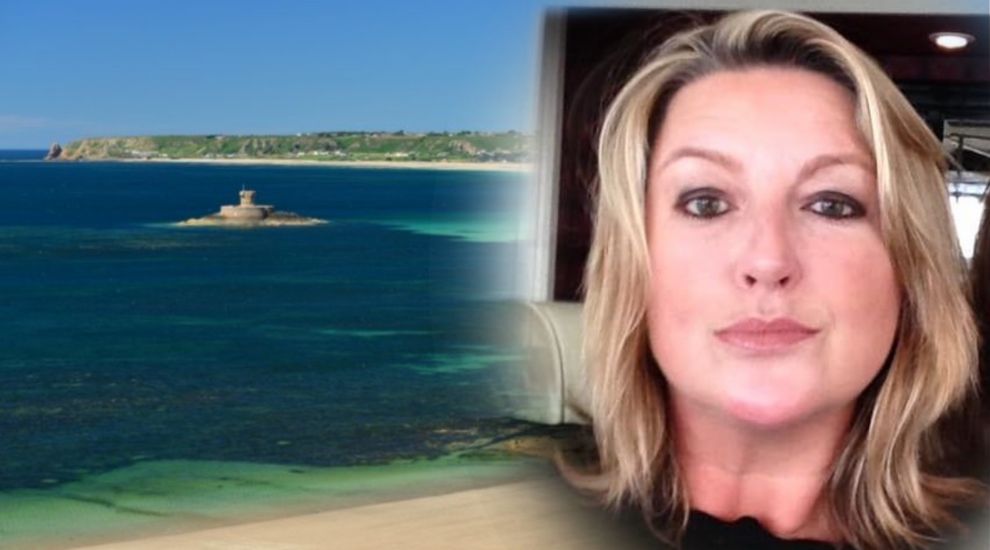 A woman who believes that a tumour in her thyroid was caused by drinking water that contained a poisonous chemical once sprayed at the Airport has joined calls for the Government to take action.

Fiona Gardiner lived for 13 years in St. Ouen’s Bay at a property close to the western end of the runway.

Although active and healthy with no underlying or family health problems, Miss Gardiner had half her thyroid removed after a non-benign tumour was discovered in 2010.

Since then she has suffered from constant lethargy, body ache and a weak larynx - a result, she claims, of drinking water contaminated by PFOS, a man-made and extremely persistent chemical that was used extensively in the second half of the last century but has now been banned.

Its resistance to heat and liquid fuels meant that it - and its sister chemical PFOA - were added to everyday items such as Teflon, textiles, food packaging and firefighting foam.

“I have always been fit and healthy and played a lot of netball when I was younger,” said Miss Gardiner. “But, back in 2009, I suddenly started feeling poorly and began to visit my doctor. This led to an appointment with a throat specialist, who performed a biopsy and discovered the tumour.

“Since then, I’ve lost so much of my get-up-and-go. Also, my throat begins to hurt when I raise my voice and my body just aches all over. I would be at a loss as to the reason, were it not for the fact that virtually everyone who has lived in that property has fallen ill.”

Miss Gardiner lived at Elm Farm between 1993 and 2003. For the first two years of her being there, firefighting foam containing the chemical PFOS was sprayed at the Airport’s fire training ground above until its use was stopped after it was found to be contaminating the water supply.

Pictured: The 'plume area' of PFOS contamination in St. Ouen's Bay spreading out from the Airport. Elm Farm is one of the closest properties under the western end of the runway.

Elm Farm was on a borehole, so Miss Gardiner was drinking and cooking with groundwater. Later tested, this water was found to have a PFOS level of 98 parts per billion. The safe drinking limit is 1 ppb.

Miss Gardiner has also independently had her own blood tested for PFOS. This revealed a reading of 41.4 ppb. There is no safe limit for PFOS in the body, but it is considered that anything over 5 ppb is dangerous to health.

“There are a number of cottages and flats on that site and everyone has had an issue,” she claimed. “Someone had a growth of their thyroid and then died of kidney failure in their early 60s; the owner has had his gallbladder removed; a tenant who lived there for around a decade had bladder cancer; and child who grew up there now has kidney problems.

“That is just too much related illness for one place, and I lay the blame squarely at PFOS. It is too much of a coincidence, and yet the Government have done nothing to help.

“I want them to sit up and listen and give us proper medical checks so we can be tested for PFOS. And, if we have dangerously high levels in our bodies, which I already know I have, then they need to do something about it.

“I’m already suffering the effects of PFOS poisoning, but the Government needs to act now to protect the young and future generations.”

Miss Gardiner fully supports the efforts of other residents living in the ‘plume area’ to the west of the Airport, which has been found to have high levels of PFOS in surface and groundwater.

Last month, Express reported on the efforts of Sarah Simon, who lives close to Elm Farm, who also believes she is suffering ill health because of PFOS poisoning and has tested her blood, and those of neighbours and family, to find out if it is present.

Pictured: Sarah Simon has tested her own blood and those of her neighbours, family and pets to record levels of PFOS in their bodies.

In Sarah’s case, she has a reading of more than 10 ppb, double the ‘safe’ threshold. With the Government unwilling or unable to test for PFOS locally, Miss Simon sent the blood samples to a laboratory in Germany.

Another resident living in the plume, Jeremy Snowdon, is calling on Jersey Water to lower its safe levels for PFOS levels in water. Both Miss Simon and Mr Snowdon want the Government to commission an independent public enquiry to establish whether islanders have been affected by PFOS poisoning and assess the Government’s response.

Jersey Water maintains that the Island’s mains water adheres to the highest standards, but has called on the Government to conduct a study of St. Ouen’s Bay, which has high levels of PFOS in groundwater. Boreholes in the bay are an important source of water for Val de la Mare reservoir but are currently unusable because of the contamination.

The Government has said that there is no evidence of any link between PFOS and ill health - something that the residents strongly refute.

In her campaign, Miss Simon has received the backing of US lawyer Robert Bilott, whose successful fight against a corporate giant that poisoned water in West Virginia with a sister chemical of PFOS inspired Hollywood film 'Dark Waters'.

In official guidance, Public Health England warns that PFOS and PFOA are toxic by ingestion. It adds that "repeated exposure by ingestion can cause stomach upset, liver toxicity and effect on thyroid hormones. Skin or eye contact can cause irritation and prolonged exposure may cause cancer."

Posted by Steven Simon on Oct 14th, 2020
Yet another great article on PFOS.
The government of Jersey are in denial that this is a problem to islanders health.
I’ve PFOS in my blood ???? ( caused by the airport trading ground which polluted my families borehole ) & am awaiting the announcement of the toxicologist that the States say we have access to.
Your mental health is affected because States of Jersey continually refuse to acknowledge or want to do anything about the mess they have created.
To place a comment please login Login »