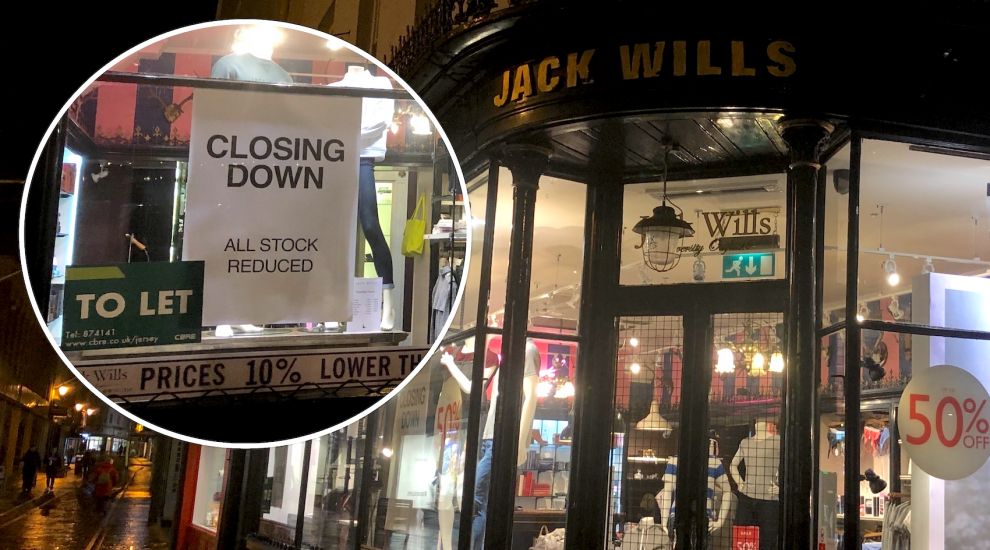 Jack Wills is closing down at the end of the month, leaving Jersey’s high street behind after nearly a decade.

The preppy clothing store has been trading in Jersey since setting up in the iconic former CT Maine jewellery store on King Street in 2011 as part of a franchise agreement with property owner Sandpiper.

Sandpiper confirmed the news to Express this morning, explaining that no staff members would be losing their jobs.

Instead, the island’s largest retailer confirmed they would be able to work elsewhere within the business.

It comes after the 2,732sqft high street premises housing the British clothing brand was listed on the CBRE website in November last year, with ‘to let’ and ‘for sale’ signs appearing in its windows shortly after.

Described as “an attractive Grade II Listed Victorian four-storey property of traditional construction under a pitched slate roof”, the building's rent was listed as £115,000 per annum excluding GST.

Sandpiper denied that the listing signalled plans to axe Jack Wills from its portfolio when asked by Express at the time.

But now ‘closing down: all stock reduced’ signs have appeared in the business’s windows.

Jack Wills was on the brink of administration last summer after posting an operating loss of £14.2m for the year to January 2018, but rescued in August by Mike Ashley’s Sports Direct in a buy-out worth £12.75m. 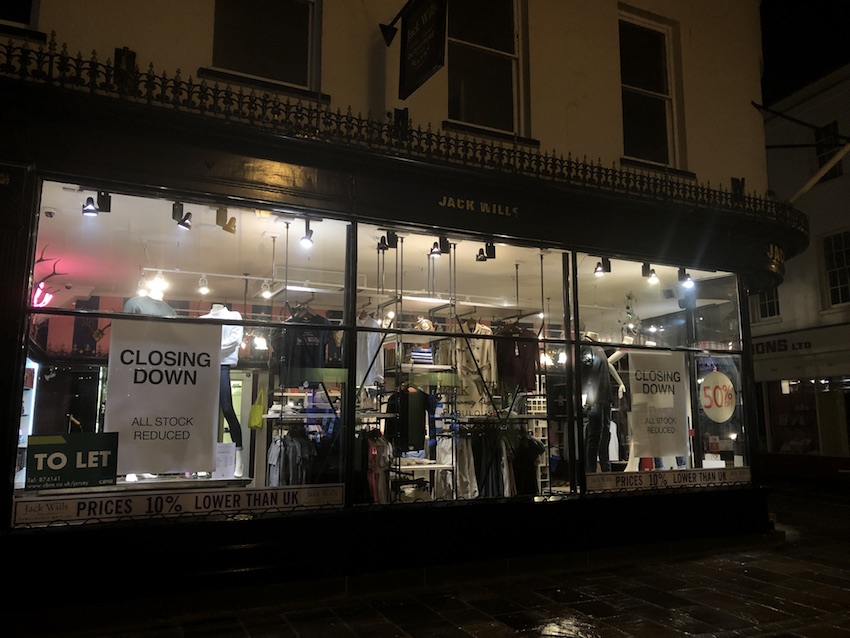 Pictured: Lights will finally go out at Jack Wills, which has been on the high street since 2011, at the end of the month.

Part of Sports Direct’s efforts to keep the brand alive involved bids to secure lower rents with landlords across all its premises.

However, the tactic failed in several cases, resulting in the closure of more than a dozen stores just under two months after the acquisition.

A spokesperson for Sandpiper said that the retailer was “reluctantly closing the King Street store, partly because of ongoing supply issues and the continued uncertainty for the overall future of the Jack Wills brand”.

But they also directed blame at more local causes, adding: “In addition to this, we have reviewed the investment needed in our brands and in the light of the introduction of the States of Jersey 20% Retail Tax, increased fuel taxes and other government costs, we have decided that now is the right time to close the Jack Wills store.”

FOCUS: "In my 40 years in retail, I've seen nothing like it before"