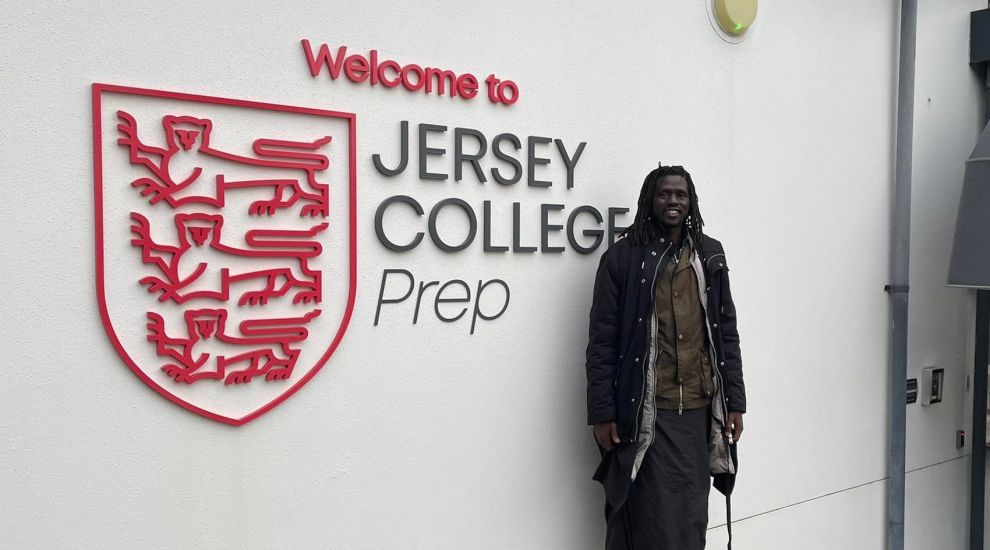 A former child soldier from war-torn South Sudan has opened up about overcoming a harrowing childhood to becoming a musician and peace ambassador in hope of inspiring local students to "never give up" on their dreams.

Emmanuel Jal trained as a soldier at the age of eight, before subsequently being rescued, changing his life to help others and spread the world of peace.

Over 30 later, he has now released six studio albums, starred in films, and worked with a number of global charities including the British Council and Amnesty International.

Speaking to Express after a talk to JCG students - which Assistant Head Teacher Peter Marett remarked was "inspirational" - he spoke about this background growing up in South Sudan. 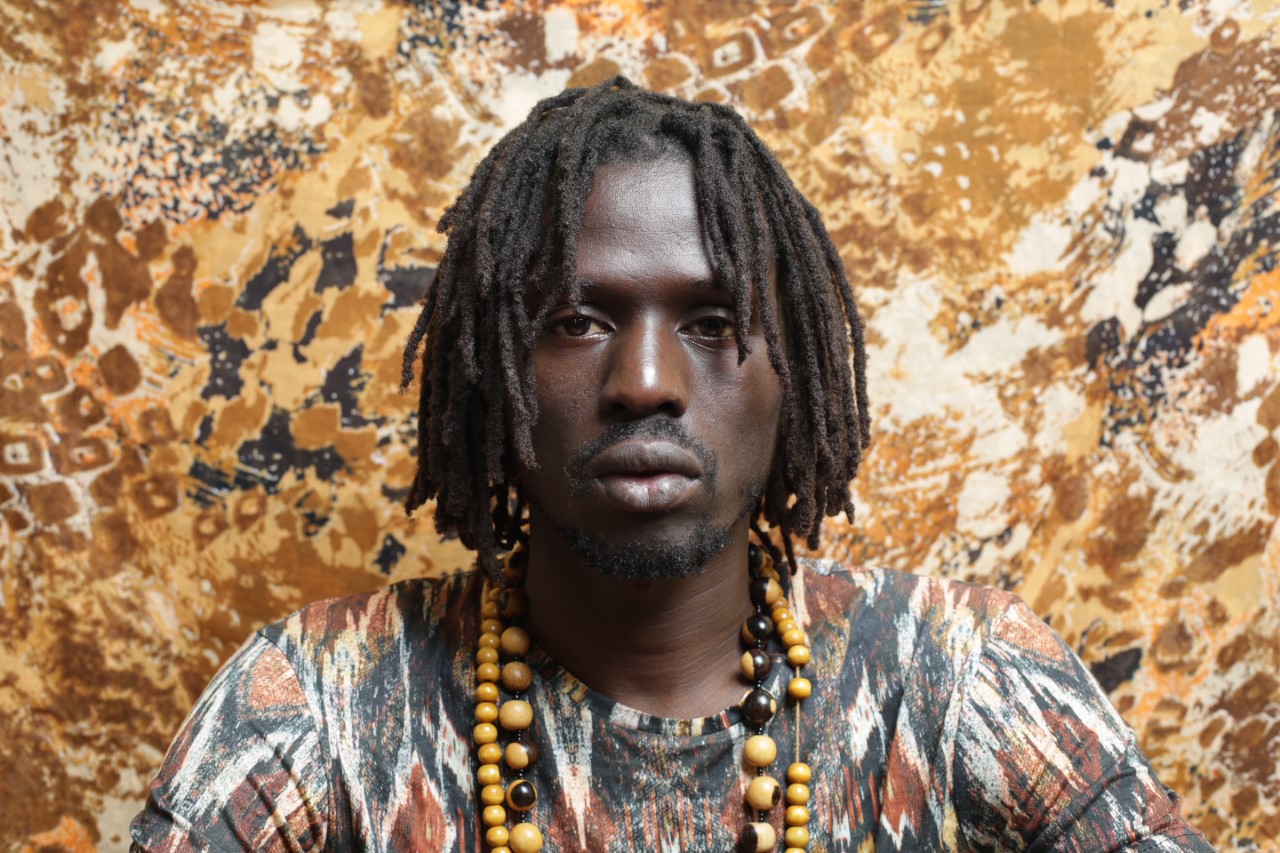 Pictured: Emmanuel has been called an artist "with the potential of a young Bob Marley" by Peter Gabriel.

"I come from a country torn by war and that war robbed the soul of my village, and my mother died during the war, all my aunties, my uncles except two," he explained.

The talk's narrative began at the point he was sent by his father from this torn home to Ethiopia aged seven, where he and other children had to walk hundreds of miles to attend what they thought was school, on a journey that saw children die of starvation, disease and eaten by wild animals.

When he reached Ethiopia too, they found a very different 'school' awaiting them, and he was forced and trained to be a child soldier.

This is illustrated palpably in one of his most striking lyrics from his song 'Forced to Sin': "Left home at age of seven, one year later leave with an AK-47."

Describing some of these horrific experiences that eventually saw him trying to get away, he spoke of the desperation it led him to, drinking his own urine out of thirst, and even considering eating one of his colleagues. 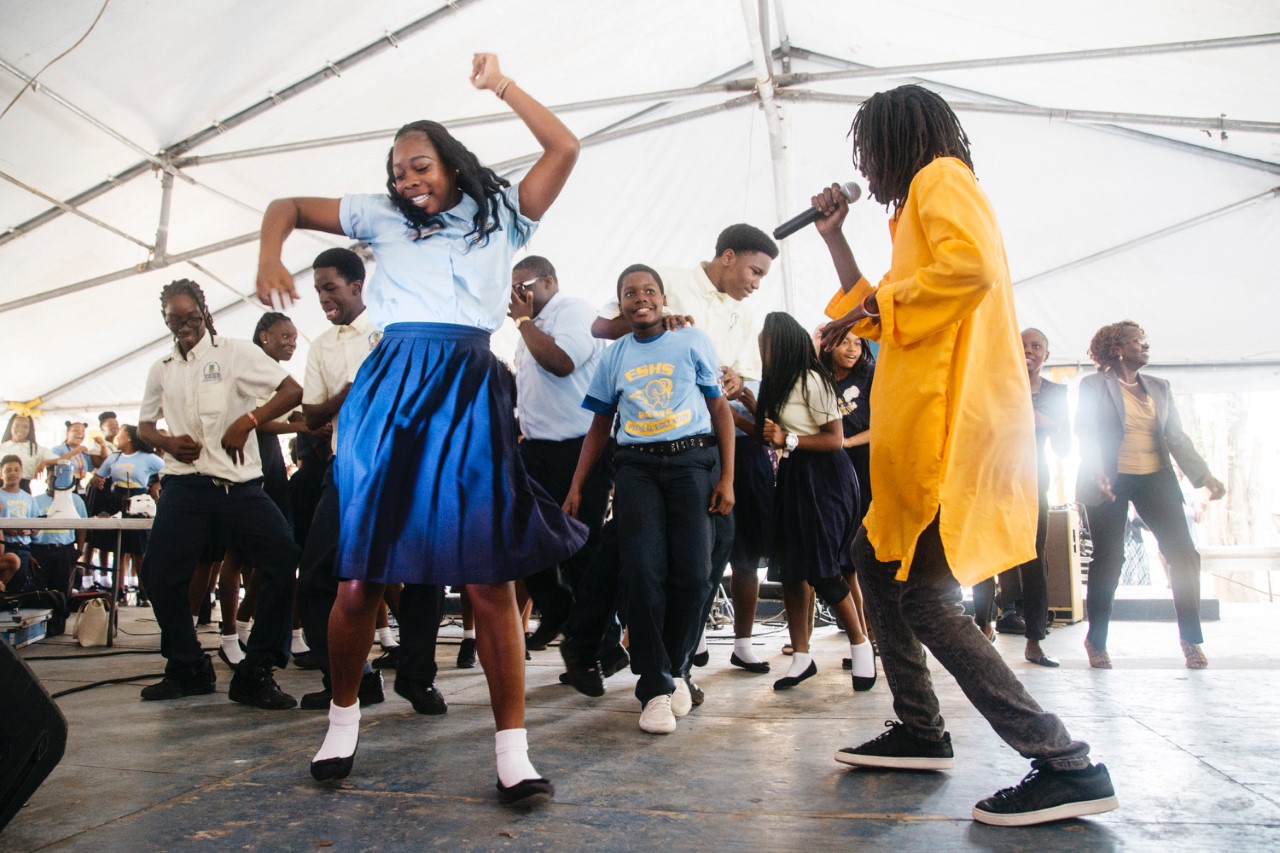 Pictured: Emmanuel now attends schools and universities sharing his stories and inspiring others to use their imaginations positively.

In one of the lowest points of a journey which saw him as one of only around 16 survivors of between 200 and 400 children, he witnessed another child soldier shoot themselves, leading to the seed of a thought, "Why don't you do what he did?"

Through desperation and collapsing from a wounded foot, he even made an attempt on his own life - after this failed, a voice came into his head, telling him: "You are here for a reason."

It was this thought, alongside the power of imagination, that kept him going. Through dark moments, he would imagine himself working in a job that would make a difference - "as a doctor, as a teacher, as a pilot, as someone making our world better."

Salvation eventually arrived for him in the form of a British Aid worker, Emma McCune, who in her life rescued more than 150 child soldiers, marking a "whole turning point" in his life.

McCune helped get Emmanuel to go to school, and eventually he ended up attending the University of Westminster.

Sharing how the power of thought helped him survive the ordeal, he explained: "Imagination allows you to see the future either negatively or positively, and so I've trained my mind to craft the future in a positive way," he said.

"And then I ask myself questions - now this is what I've imagined, this is what my heart has desired, what are the steps to get there?

"My imagination rescued me as a kid, because I used to want to be a part of a solution in the future and I want to stay alive so I can be part of that solution, tell stories, tell my brothers and sisters my experiences." 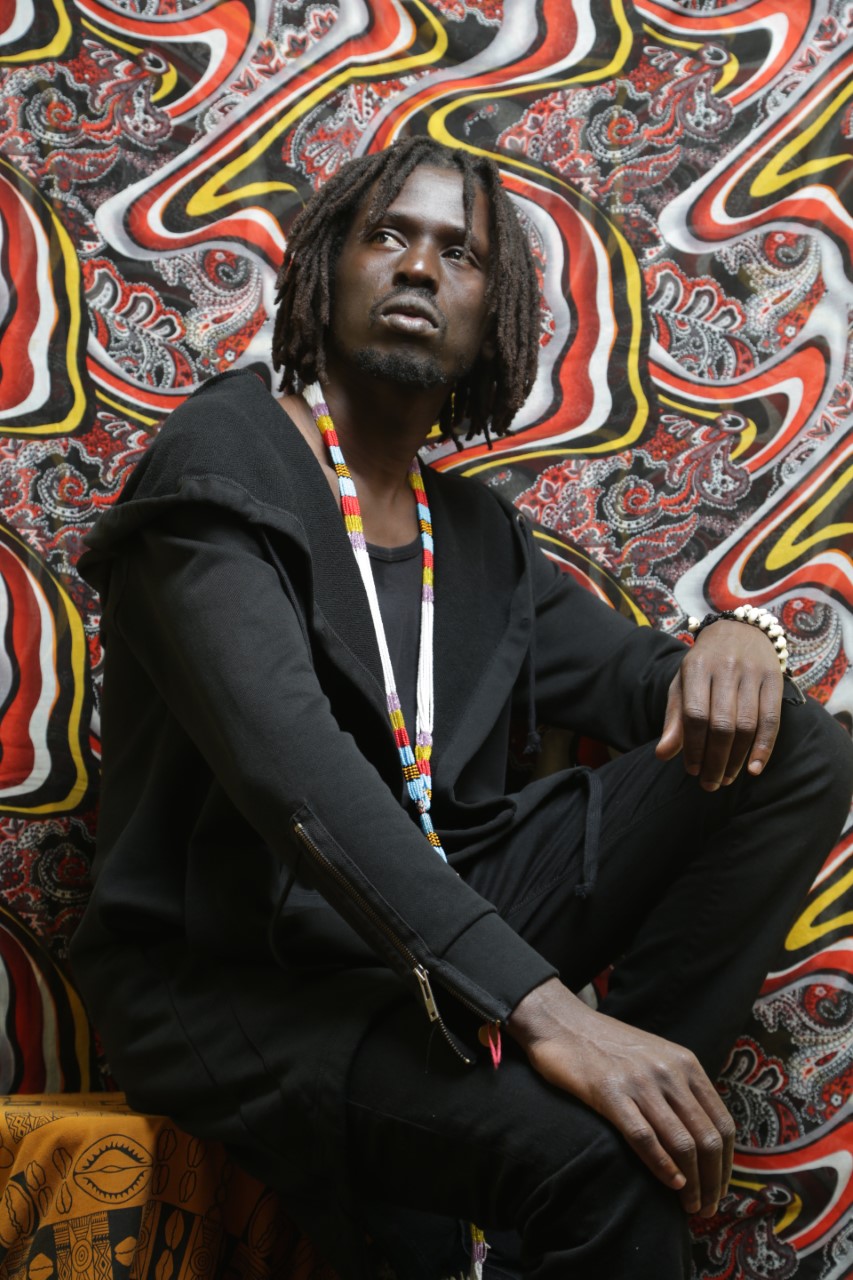 It was this focus on positive thinking, overcoming negative thoughts and the power of imagination that drove yesterday's talk. In it, he asked students to close their eyes and envisage themselves in the future - ideas from the girls ranged from doctor to professional golfer.

He also urged them to remember that "failure is part of the journey" and that learning from past mistakes is an "infinite source of intelligence", and reminded them of the importance of standing up for what they believe in.

Such positive thinking has driven Emmanuel to work on his passions - whether they be his hip hop, starring alongside Reece Witherspoon in 'The Good Lie', his work as a peace ambassador, or spearheading his campaign 'We Want Peace', based on his song, which features strings from none other than Peter Gabriel.

Indeed, the opening of the talk featured messages from prolific supporters of his cause such as pop-artist Alicia Keys and Sir Richard Branson reiterating the message that "we want peace".

He's showing no signs of stopping that pace either, with a new single, 'Hey Mama' just out, and more music videos being shot in collaboration with shoe brand, Twin For Peace.

After leading students through one last jubilant dance, he told Express of how his talks in schools and universities often give him just as much as he gives to them.

"Interacting with young people, it's a two-way thing, they give you positive energy and love and they push you and they challenge you sometimes, they ask some questions, so I just love going to school. I'm now 42, but I still go to school," he smiled.

And he'll have that opportunity again today, as he'll be visiting Victoria College.

His message for everyone in Jersey going through tough times? "Use your imagination positively, and believe in what you want to create and figure out how to get there, because the journey is what is exciting, the struggle is the most exciting part of the life.

"Once you succeed you become boring, but the struggle is the sweet part, it's where the learning is and where the thinking comes from."