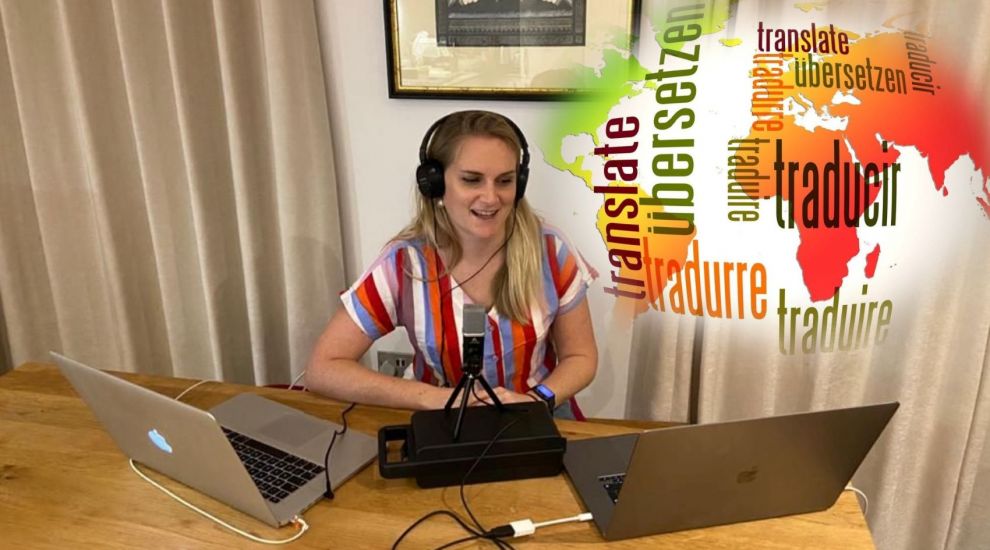 A Jersey teacher has taken her flair for languages to the airwaves, appearing in a podcast fronted by BBC Radio 1 DJ Greg James.

Jennifer Morris, who is Head of Italian and teaches French at Jersey College for Girls, has recorded an appearance on Greg's and journalist Bella Mackie’s new podcast, due for release in 2021.

The podcast revolves around the pair going back to school and being taught something unique by teachers - “something a bit niche,” as Jennifer put it.

But when Greg first posted about it onto Instagram, Jennifer took a bit of convincing to apply: “My friend told me about the post, but initially I thought, ‘No, I’m not going to do that, I wouldn’t be interesting enough.’”

WATCH: Greg and Bella give a shout out to JCG.

Jennifer explained that it was the opportunity to promote the subject she loves that made her change her mind.

“I saw that they didn’t actually have any language teachers talking about it on the post, and I thought my subject area is in a bit of decline anyway nationally, so this would be a great opportunity to promote languages," she explained.

“They’re really useful, they’re really great for the international job market, and who doesn’t want to speak another language?”

Though Jennifer has previously dipped her toes in the world of audio recording with her raps for her classes under the guise of 'Macklemorris', podcasting was a first for her.

“I’d never done a podcast before and for me the experience was really interesting,” she said of the experience. “I think I was more nervous before thinking about what I was going to do than actually when I got onto the recording session with them, and then it was absolutely fine, it was really fun and it was a lot more enjoyable than I thought it would be!”

Video: Jennifer recorded a song while she was self-isolating for her students to help bring some cheer to the classroom.

Teasing listeners on what they can expect of the podcast, she said: “It’s all about the interesting, weird features of languages, how if you even get one sound wrong it could lead to an unintentional mishap, or words which are fantastic in other languages, but we don’t have corresponding words for them in English.”

Though the podcast won’t be out until next year, Jennifer said that if she had an overall message to give to people about language, it would be to “appreciate that every child in Jersey has the possibility given to them to learn a language, and even though in 2020 hardly any of us can leave the rock, we are part of a global community.”

Encapsulating this importance, she concluded by recalling the quote: "In the future, two people will be left behind: those can’t speak English and those who can only speak English."