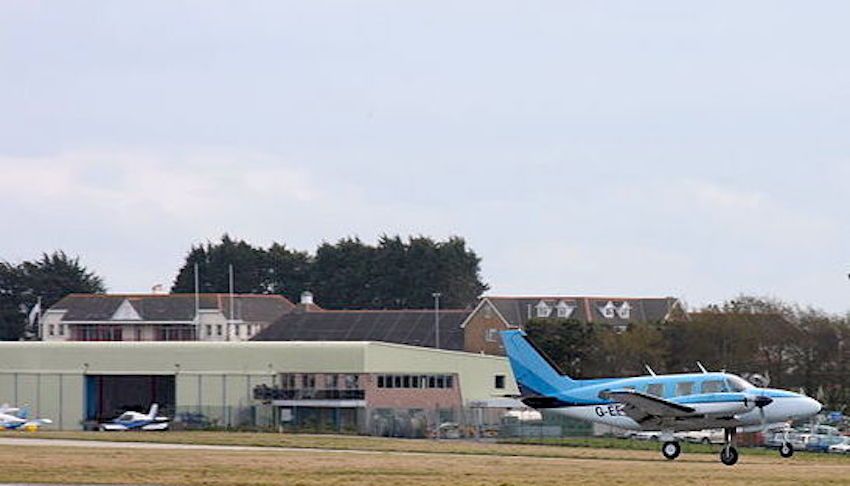 Jersey Aero Club has entered administration after 70 years of activity, it has been announced.

The St. Peter-based club is one of the oldest in the British Isles, having been founded in 1950, going on to provide light aircraft hire, flight training courses and social opportunities for local aviation enthusiasts.

Members were told of the decision to enter administration at a meeting yesterday afternoon (Tuesday 26 May), with Ports of Jersey Chief Commercial Officer Jonathan Crick confirming the move shortly after.

He said it would be "inappropriate" to speculate about the future of the historic club, but assured that local aircraft owners would still be able to access their planes in the meantime.

Pictured: Ports of Jersey said they were "saddened" by the news.

"We are very saddened by this news and the impact it has on staff and members. The club is one of the oldest established aero clubs in the British Isles and is held in great affection by many people within the aviation world, both locally and further afield," Mr Crick commented.

"The club has been closed since covid-19 lockdown came into force although Ports of Jersey has made temporary arrangements with Gama Aviation to handle any visiting light aircraft as and when restrictions ease. In the meantime, local owners are still able to access their aircraft, which are parked on land owned by Ports of Jersey, complying with the current agreed practices."

The most recent publicly viewable members newsletter of the Jersey Aero Club - dated April 2019 - explains how the club had recently decided become a 'satellite' of Aeros Flight Training in Coventry in order to obtain ATO (approved training organisation) status in line with CAA obligations.

Director of Flying Martin Willing writes of a new agreement with the local ATC squadron to be able to use their Flight Simulator, and a plan to recover the downstairs area of the building occupied by Skydive Jersey over the summer to convert it into a "first class briefing and training facility".

"It seems to me that at long last, there is an opportunity for the JAC to return to perhaps what was its status in the 60s and 70s, when we were a thriving training organisation!!" he wrote, later adding: "We are now facing a much brighter future, and I thank you all for your support, and encourage you all to advance with this new opportunity."

In his statement, Ports of Jersey's Chief Commercial Officer did not explain the reasons behind the decision to enter administration or the next steps for the club.

He said: "It would be inappropriate for us to speculate at this stage as to the future structure and operations at Jersey Aero Club but would like to offer our reassurance that Ports of Jersey will continue to work closely with its management committee and administrators to ensure the best possible outcome for all as a result of this very difficult period.

"Further details on what these new arrangements are will be announced in due course."