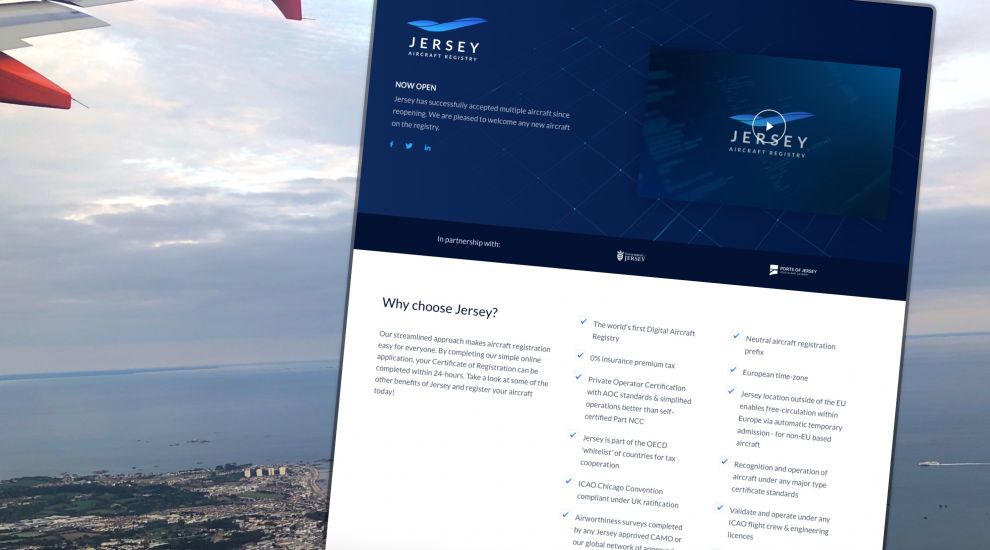 A Deputy has branded the Jersey Aircraft Registry a "huge waste of time and money" after new figures confirmed that nearly £1.2m was sunk into launching the ill-fated venture, while it generated less than £30,000 for the public purse.

Founded in 2015, the JAR attracted just four aircraft over the course of its lifetime, with the final one pulling out last week, leading to a decision to axe it by Economic Development Minister Deputy Kirsten Morel last week.

Since 2017, the aircraft registry has not generated any income whatsoever, despite successive rebrands – including an attempt to brand itself as the “world’s first” to use blockchain technology.

Since the set-up, most of the expenditure was in officer time and insurance costs, which were approximately £9,000 a year.

Ports of Jersey have also incurred £165,355 of costs since assuming responsibility for the registry in 2019, the Minister’s response showed.

Since it was established, the Jersey Aircraft Registry has cost taxpayers £1,167,971.42.

What a huge waste of time and money. It should have been shut down years ago.

Pictured: Deputy Sam Mézec submitted a request for the breakdown of costs on 31 October and recieved the results yesterday.

After each of the four aircraft pulled out one by one, with the final going on 27 October, Deputy Morel officially axed the Registry last Monday, blaming it on its “commercial underperformance”, which he said “does not represent value for Jersey’s taxpayers”.

Responding to the stats uncovered by his question, Deputy Mézec said: “What a huge waste of time and money.

“[The JAR] should have been shut down years ago.”

Pictured: A breakdown of the JAR's income.

This reveal comes following news that Guernsey's aircraft registry, which has a total of 831 aircraft registered, is running at zero cost to the island’s States and has even started to generate profit.

Posted by Lesley Ricketts on Nov 9th, 2022
Tax payers money will continue to be wasted until there is accountability for the poor decisions that lead to these loses.
Posted by chris vinrace on Nov 9th, 2022
“ Economic Development Minister Lyndon Farnham said: “This new registry will be a fantastic opportunity for the Island.” accountability?
To place a comment please login Login »