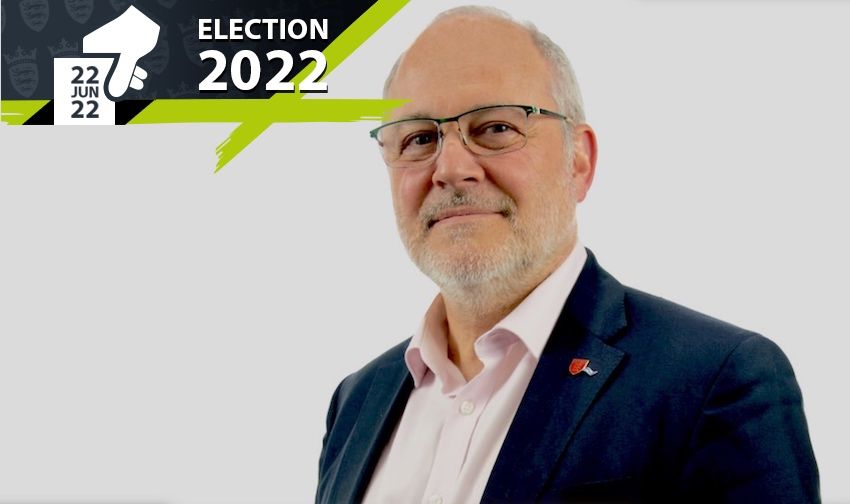 The Home Affairs Minister and Chair of the Jersey Alliance is standing for re-election in St. Lawrence, St. John and Trinity in the hope of being able to continue with current Government projects.

Current St. Lawrence representative Deputy Gregory Guida, who is seeking to take one of four available seats, was first elected in 2018.

He became Assistant Minister for the Environment, and then Minister for Home Affairs following the passing of Constable Len Norman.

While on the Council of Ministers, Deputy Guida has been involved in numerous policy panels, including housing, population, sports facilities and taxes.

He is also involved in Ministerial groups relating to carbon neutrality, medicinal cannabis, marine resource management, financial crime and international trade, as well as being a member of the Assemblée Parlementaire de la Francophonie.

Deputy Guida says he is "extremely proud of having been able to serve the island at a high level" and wishes to continue working on projects his Government has set in motion.

"It has been a time of hard work and many difficult decisions. In the end, I have been a member of 19 different committees, panels and boards, and even had to defend Jersey against the country of my birth," he said, referencing the French fishing dispute.

He said he felt the current government had "started all the projects that had been found too long or too difficult by past Assemblies", including the refurbishment of Fort Regent, "which will raise much debate but desperately needed to be started", and refinancing States pensions, which he said would "save billions but will not make headlines".

Turning to the Alliance, which he founded alongside Deputies Lindsay Ash and Rowland Huelin, he described the team as a group who are "centre-right" who will "always put Jersey above their personal ambition."