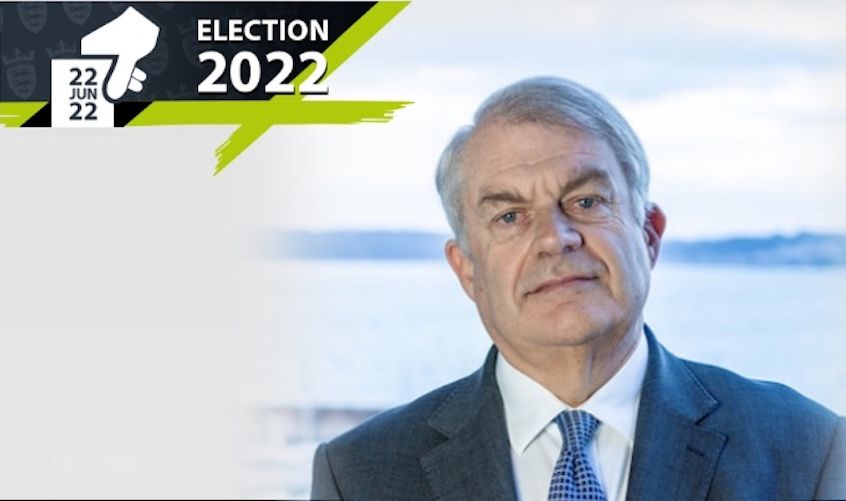 The Leader of the Jersey Alliance Party has announced he will be standing for election in the "dynamic" Parish of St. Clement.

Sir Mark Boleat says it would be a "real honour" to represent St. Clement in the States Assembly, having "always regarded" it as his "home parish".

The Jersey-born former political head of the City of London was elected leader of the Jersey Alliance party at its first AGM in February.

Explaining the decision to target St. Clement, he said: “My family has had strong connections with the Parish since my great grandfather came to Jersey in 1875 and innumerable family events have been held in the Parish.

“St. Clement may be the smallest parish but it is a dynamic one with a population that has grown rapidly.  It can boast stunning views along the whole of its coastline and has a great community spirit.”

Sir Mark was born and educated in Jersey at St. Martin’s, St. Luke’s and Victoria College. After university, he made a career in trade associations, including being Director General of the Building Societies Association, the Council of Mortgage Lenders and the Association of British Insurers.

Subsequently, he has had a portfolio career with companies, public bodies and charities, the highlight being the political leader of the City of London from 2012 to 2017.

He was knighted in 2017 for services to the financial services industry and local government in London.

In Jersey, he has been Chair of Andium Homes, the Jersey Development Company and the Jersey Competition and Regulatory Authority. He has carried out work for Jersey's Government on population policy, housing policy, consumer policy, financial stability and Island Identity.

Sir Mark says he is a keen student of Jersey history and has written 'Jersey’s Population – a History' and 'Migration from Jersey to New Zealand in the 1870s'. He has just completed 'Jersey in 1331' and is currently working on 'An Economic History of Jersey'.

St.Clement’s constituency is the only one with boundaries that have not been changed since the 2018 election, and together with St. Brelade and St. Saviour is one of just three constituencies that coincide exactly with parish boundaries.

The Parish currently has two deputies, Susie Pinel, who has announced that she will not be seeking re-election, and Lindsay Ash, who will be contesting the seat again. With the new arrangements, it will have four deputies.

The election is taking place on 22 June.

Posted by Jon Jon on Apr 24th, 2022
How much of his time will he give to the Island 100% ? With other things he’s involved with in the uk I can’t see it.
To place a comment please login Login »