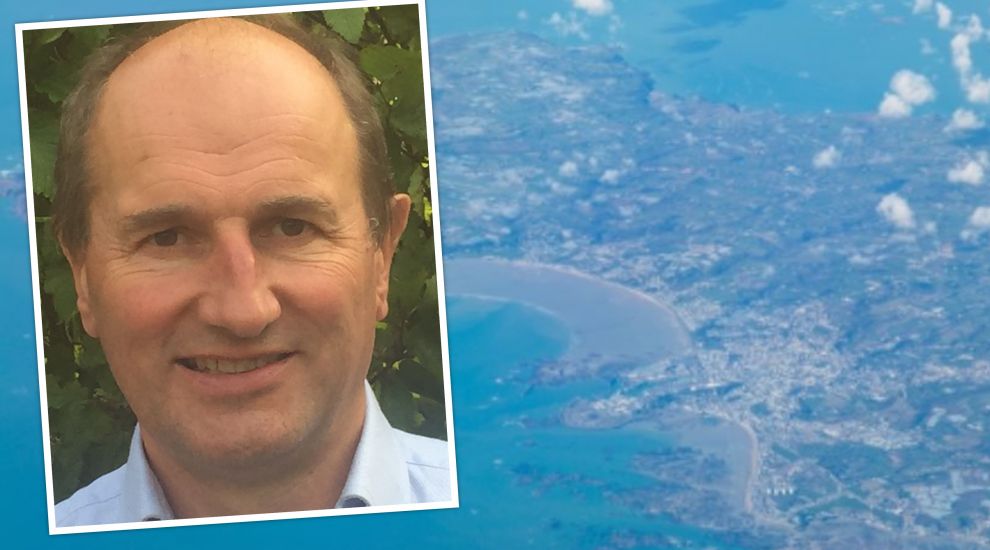 The rural activist who built up the Covent Garden Soup company is calling on Jersey to celebrate its food heritage – and think about relinquishing some of the land devoted to Jersey Royals to other, equally valuable, crops.

William Kendall visited the island earlier this year, following an invite from the National Trust, to see the island's approach to farming and conservation and the work of a local sustainable cooperative in action.

While he was impressed by some of the practices he saw, reflecting on his experience, he spoke to Express about the areas he felt the island could improve even further...

Described as a “regenerative farmer, active environmentalist and campaigner for better food and rural issues”, Mr Kendall was born in a farming family. He studied law at Cambridge University, where he met his wife who also came from a farming background.

After qualifying as a barrister, he worked as a financier before putting his entrepreneurial flair to use by building up various drinks and food businesses, including The New Covent Garden Soup Company and fair-trade chocolate brand Green & Black’s, which was sold to Cadbury’s in 2005.

More recently, he has been involved in larger companies, particularly family-owned businesses with a link to food or farming, such as Cawston Press.

Even though he walked away from farming, Mr Kendall never lost interest for it. When his wife inherited a farm in Suffolk from her uncle, they decided to farm it organically in a bit to “enhance” their environment.

“I am not a fan of industrial farming,” he explained. “We both got interested in organic farming naturally as we were interested in nature conservation.”

Looking back, however, Mr Kendall says he would have preferred to start off as a regenerative farmer, with the aim of becoming organic later on, as the transition from industrial to organic farming was not an easy one.

“Farmland that has been doused in chemical for two or three generations has become very dependent on that regime,” he said. “Chemicals are not very good at suppressing weeds for a long time, so every now and then the industry comes out with new chemicals or new varieties of grains that are more resistant to weeds.

“Everything is built around chemical dependency so when you take those chemicals away, the soil falls flat on its face. Organic farming has a very clear set of rules you have to agree to from day one whilst regenerative farming enables farmers to start with some of the easy stuff.”

Pictured: At Maple Farm, Mr Kendall and his team cultivate a number of grains, which are milled on site at the windmill.

Another principle is to ensure there is always something growing on the land so that the soil is constantly fed.

“Carbon is fed into the ground by the plants and then the soil feeds it back to the plants,” Mr Kendall explained. “In industrial farming, this whole cycle is switched off by chemicals, and the crop no longer has to operate within a symbiotic relationship with the soil it goes into.”

Regenerative farmers also aim to have as many crops as possible in the same field as well as life stock, both of which contribute to making the soil more vigorous, which will in turn produce healthier crops whilst saving farmers money on chemicals and machines.

“Regenerative farming is good for the soil and for the plant,” Mr Kendall said. “With artificial fertilisers, your crop grows very quickly but it’s vulnerable to pests. With regenerative farming, you may not get the same yield, but it tends to be healthier.

“The theory, and there is growing evidence that it is real, is that with a healthy soil, your crop yields will grow and grow but the earliest years will perhaps be the tougher ones. As the soil gets in better shape, it has more nutrients and carbon in it, so the yields will go up and the costs will come down.”

Pictured: Mr Kendall said his wife and him had chosen to farm their land organically to enhance their environment.

The practice is also beneficial to the environment, Mr Kendall explained, as it not only means more land can be left to rest “because it’s been shot up to pieces by chemicals” or for biodiversity, “which we need for our future”, but can also help with carbon emissions.

“Soil is where the carbon should be and because so much carbon has come out of the soil and is in the air and in the ocean, we should find ways of not only reducing carbon but also putting it back into the soil as quickly as possible.”

During his visit to Jersey, Mr Kendall said he was intrigued to see the way Jersey Royals are grown.

“Growing potatoes on a field every year is crazy,” he said. “It does not make sense to grow the same crop in the same field every year. At some point, the land will become toxic to potatoes and if the land is more fragile, diseases become endemic. 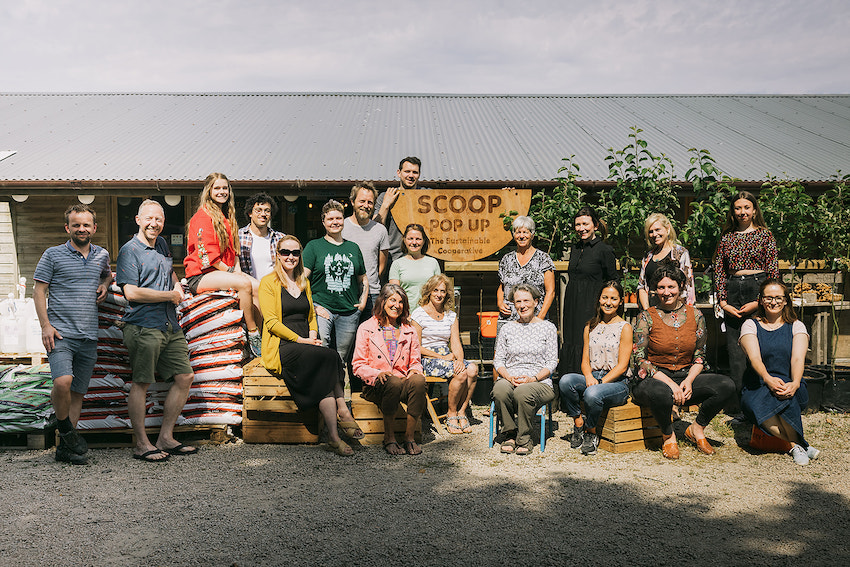 Pictured: Mr Kendall said he had been impressed by the work of the sustainable cooperative Scoop. (Credit: Natalie Meyer Photography).

Mr Kendall said he was “seriously impressed” by the conservation work the National Trust is involved in. He was also inspired by the work of Scoop, the St. Lawrence based sustainable cooperative.

“India [Hamilton, one of the co-founders, ed.] told me they have 450 families that are members,” he said. “I see no reason why what Scoop is doing could not be rolled out to a much larger chunk of the audience.”

Mr Kendall believes Jersey should not only celebrates its food heritage but also take advantage of people’s interest for food.

“Most developed countries have forgotten their food heritage,” he said. “Jersey is a truly beautiful island, it’s an agriculture island. The reason why there are financial services and tourism today is because it’s a wonderful place, and it is because previous generations have made it a very beautiful place and kept it vibrant.

“Jersey, as a high-quality food, beautiful, heritage-rich island, is an obvious place to do this and there are lots of signs of it happening. It’s a good opportunity as an island that’s already done it. Jersey could celebrate its food heritage very powerfully because of its history.”

Posted by Sheila Young on Aug 4th, 2022
What an absolute tragedy this has been allowed to happen: - THE Island’s largest vegetable producer has made its final deliveries, ending a 135-year family farming tradition.

Woodside Farms has produced 80% of Jersey’s fresh vegetables for seven years, since Amal-Gro ceased operations in 2015, and was the main supplier of local produce to Waitrose and the Co-op, among others.
To place a comment please login Login »