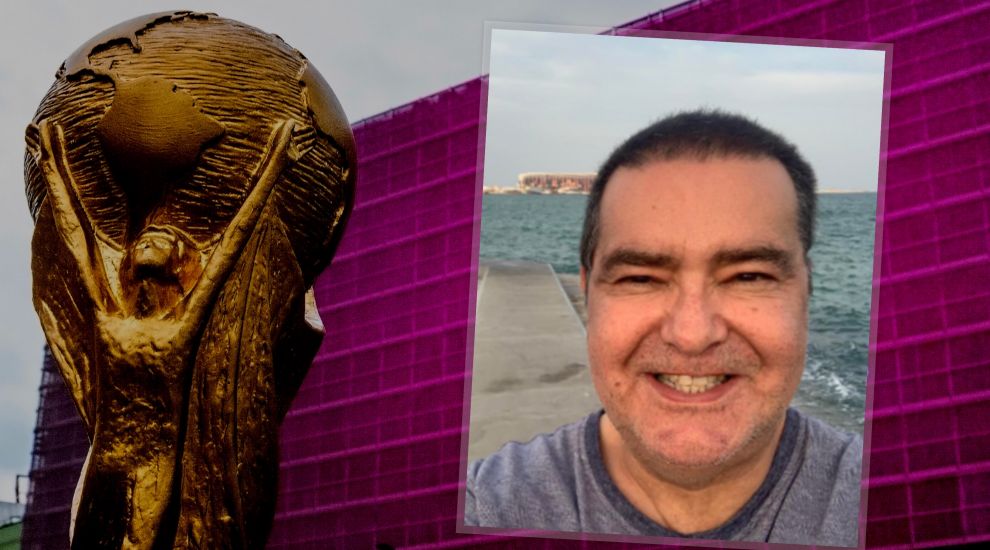 A DJ from Jersey, who will be providing World Cup coverage for a Qatari radio station, says the country is full of "buzz" as matches get underway.

Marc Curtis has worked at the BBC across the islands, as well as at both Channel Island commercial radio stations, Island FM and Channel 103. He was also the resident DJ at popular St Helier nightspot Chambers for many years.

But he’ll be spending this winter far from home, working for QBS Radio – a Qatari government-owned, English-speaking radio station.

It’s not his first time working in an Islamic country, so he knew what he was signing up for – but the first time he’ll be taking a leading role putting together coverage for one of the world’s biggest sporting events.

"I am working on the World Cup, analysing each match and putting together World Cup updates," Mr Curtis explained. 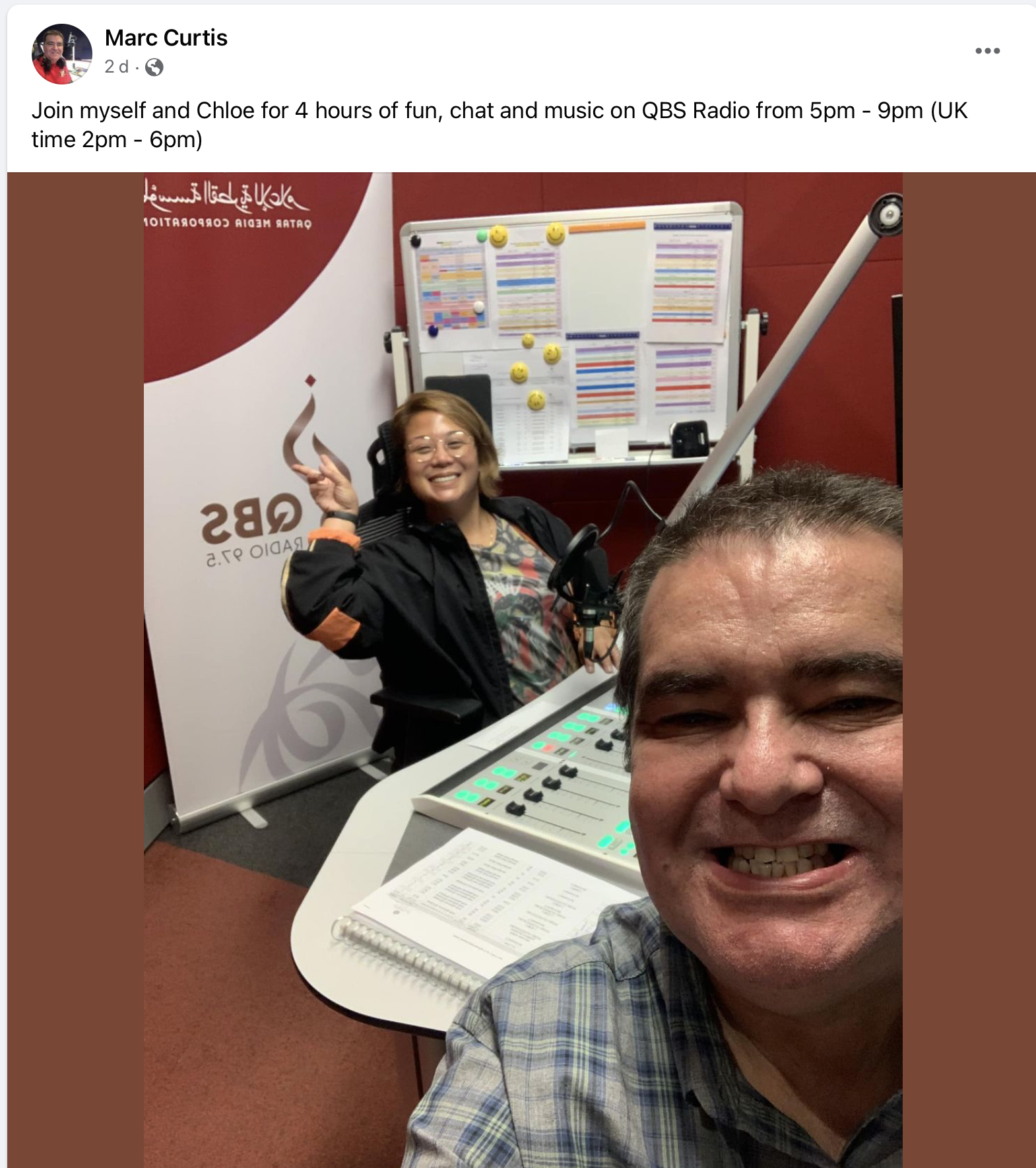 Pictured: He's often working in either Guernsey or Jersey, but this winter Marc Curtis is in Qatar.

"The atmosphere during the build-up was a bit slow, but in the past week it has been amazing. Thousands of fans from all over the world are arriving everyday," he continued.

"No alcohol is allowed in the stadiums but that hasn't affected the excitement or enjoyment.

"First match (yesterday) Qatar v Ecuador, which Ecuador won 2 - 0, but the atmosphere was amazing. There is a real buzz here now especially in the fan zones."

Addressing the widespread news reports around some of the rules in Qatar, including last week's decision to ban alcohol sales within the World Cup stadiums, Mr Curtis said it is not causing the problems in Qatar that some people may have been predicting.

"All the fans are mingling and enjoying the party"

There's been "no trouble whatsoever," he said, "all the fans are mingling and enjoying the party."

As an England supporter himself, who is known to enjoy a nice cold pint, Mr Curtis said other fans have all been very accepting of the rules in the Islamic country.

"The reaction in Qatar by the fans on the ban of beer in the stadiums has been good, you can get a drink before and after in the fan zones or in one of the many bars nearby, there have been very few complaints," he said.

"If you behave, you won't have a problem"

"There are no other rules to really talk about, it is an Islamic country and you have to abide by their rules, if you behave you won't have a problem."

Mr Curtis also acknowledged some of the reporting around the facilities and visitor services in Qatar - many of which have been built, or introduced, especially for the World Cup and the travelling fans supporting each nation. 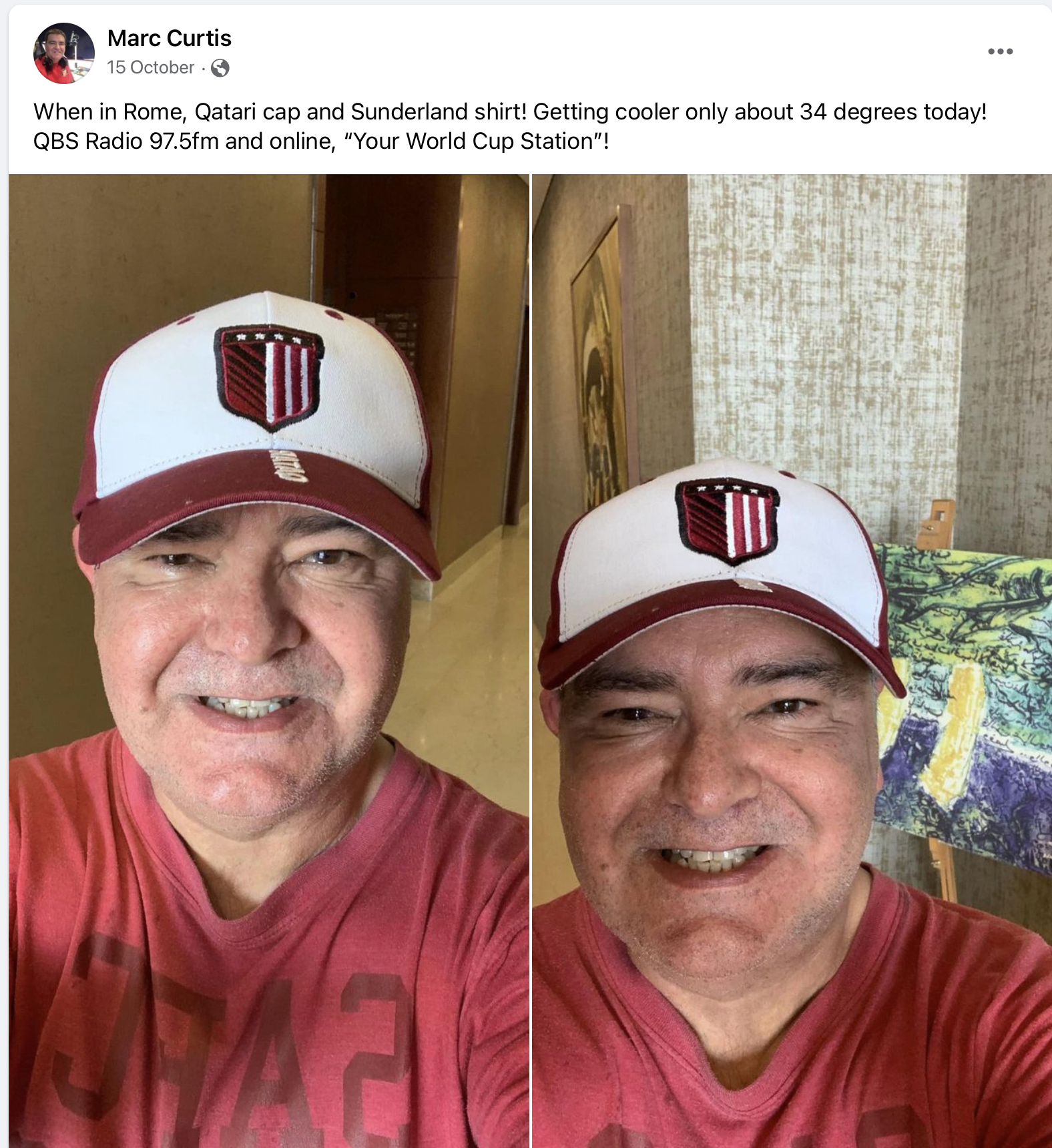 He said there are plenty of options for fans who have made it to Qatar but who don't have tickets to get into the stadiums, and also lots of places to grab an alcoholic drink while enjoying the games.

"You would pay that in London... or even Guernsey!"

"In the fan zones there are huge screens to watch all of the matches, and lots of bars selling beer for around £7 a pint which is expensive, but you would pay that in London, or even Guernsey!

"There are huge screens all over Doha for people to watch the football and there are free electric busses to shuttle fans to and from the match, and metro travel is free. You can also get a free SIM card with unlimited data for as long as you are here.

"I haven’t been able to get to any stadiums yet but from what I have heard the facilities are excellent especially for the disabled, they have really done a great job with access and seating. The infrastructure has improved dramatically over the past few years, with new roads, a new improved airport and new buildings, which is all very good for the people of Qatar."

"I think Brazil will win"

Mr Curtis supports Sunderland, and England, himself. But despite being a football fan, he is in Qatar to work so won't be watching any of the matches at the stadiums and will instead be watching them all from his studio where he'll be reporting on them for the radio listeners.

"I want England to win obviously," he admitted, but I can’t see that happening. I think Brazil will win the World Cup, but I also fancy Belgium to do well."