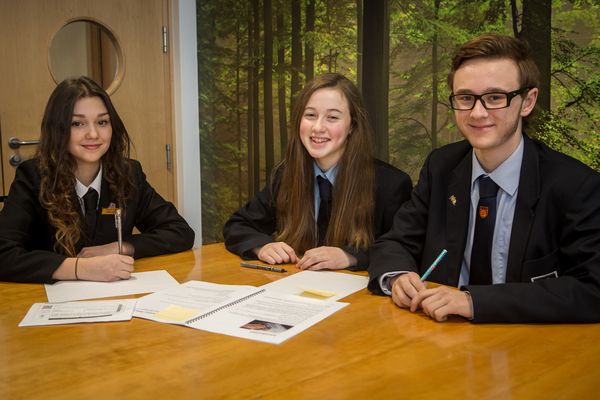 Local secondary school students will get to spread their ideas on the future of technology around the world when they speak at the first ever TEDxStHelier in Jersey.

The three students aged between 13 and 16 will join Richard Noble OBE, the Scottish entrepreneur who held the land speed record for 14 years, and Susanne Wiigh Masak - Sweden’s environmentally friendly burial pioneer – who will both be speaking at the event in April.

Grainville Headteacher John McGuinness said: “I think students have a voice that needs to be heard. If you can imagine an audience of adults gathered, to have some local young of people saying this is actually my future, technology is part and parcel of that, I think it will be very inspiring for them."

Mr McGuinness said the school is pioneering a whole raft of technological changes within the school from September in line with the new computing curriculum which includes programming and coding. He said: “A lot of lights are about to be switched on.”

The TEDx program was designed 30 years ago as a conference to bring together people from the world of technology, entertainment and design. Millions of people around the world watch TED lectures on subjects as varied as politics, technology and philosophy.

The local event is being organised by local project manager Tim Rogers. The founder of change management think-tank ciChange said: “The TED Talks on the internet and Facebook are hugely popular and I applied to be a curator and host an event in Jersey. The application process is not difficult, but it is rigorous which is what makes TEDx such a strong brand, and the talks of such high calibre.”

The seminar aims to stimulate dialogue on a range of themes covering Science and Technology, Education and Opportunity, Innovation and Design, Challenge and Endeavour and Charity and Community. Each short talk will focus on a single topic or idea lasting no longer than 18 minutes.

The Digital Industry will support the event which is timed to coincide with a number of initiatives, including the Innovation Weekend being held at the Omeroo Hotel.

Chairman of Digital Jersey Paul Masterton said: “We are delighted to be able to support Jersey’s inaugural TEDx conference. This is a positive initiative which we hope will attract and encourage new ideas and promote Jersey through the TED and TEDx network”.

The former Head of Le Rocquier School Richard Rolfe will host the seminar. He wants to get more students involved next year.  He said: “This is an exciting and prestigious event for Jersey, I am delighted to have been asked to act as host. Next year we are very keen to involve students from the local schools in order to create a Youth TEDx".

The conference, which will take place on 11 April at The Grand from 12 noon until 5pm, will be recorded for upload to TEDx to share around the world. The event is limited to 100 guests.

A 'purrfect' result for Grainville at the Jersey Student Business Challenge