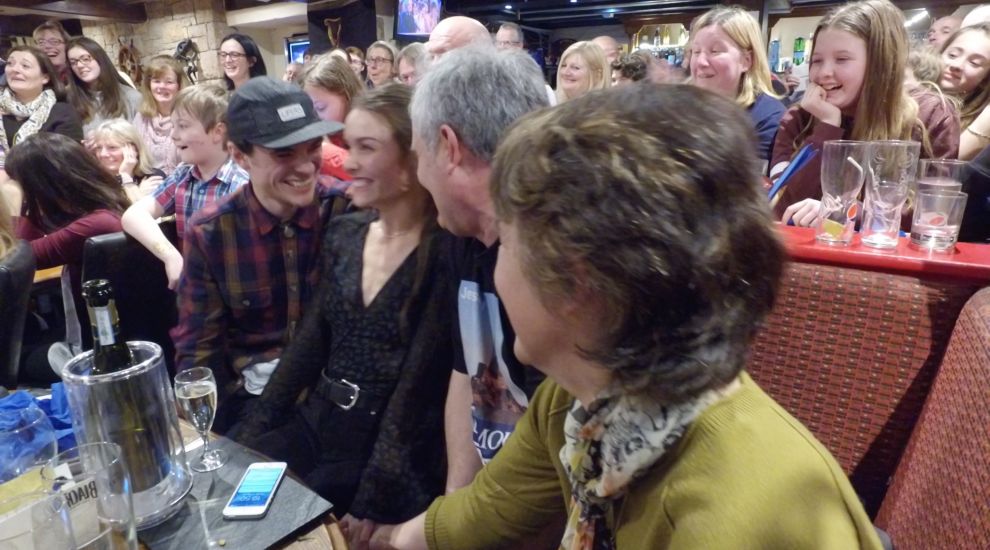 Over the past five weeks the Victoria College-educated 24-year-old former EastEnders star and his girlfriend and dance partner, Chrissy Brooke, have continually wowed the judges with their performances. Last night they sealed the deal.

The victory was made even sweeter because Jonny was back in the Island with his girlfriend and was able to go down to his local – the Seymour Inn - with his parents, Mark and Collette, and other family members and friends to watch the show go out.

There was standing room only as hundreds of supporters packed the small pub to find out the final result. It’s been showing the competition every Sunday evening in honour of the “Grouville boy made good”.

The duo finished filming for the programme just before Christmas and had to keep the results under wraps. Jonny says in some senses that’s been one of the hardest challenges of the series.

Jonny began dancing aged five and appeared in his first stage show aged eight as a member of the Jersey Amateur Dramatic Club. In 2011, he left Jersey to take a BA course at the Doreen Bird College of Performance in Sidcup, London, graduating in 2014. He joined the cast of EastEnders in June 2015, playing gay character Paul Coker, the grandson of Pam and Les Coker. He appeared in 106 episodes before being killed off in a homophobic attack in September 2016.

ART FIX: 'Seas' the day and get colouring