Jersey wants to have a bigger say at the crucial ‘COP26’ climate change conference in Glasgow next month to promote ‘green finance’.

However, the UK Government appears to be unwilling to give the Island, and Guernsey, more of a voice at the international meeting, which is seen as the most crucial gathering on climate change since the Paris agreement in 2015, which set legally binding carbon limits.

Speaking to the Justice Committee at the House of Commons this week, External Relations Minister Ian Gorst said: “One the areas where we have been seeking to help and plug in is COP26, and all of the net zero carbon initiatives that we have on the island.

“And for us, of course, being finance centres, we think that ‘green finance’ and the way that that can support those environmental objectives is something that we can work with the UK Government on.

“We perhaps have not made as much progress in that regard as we would have liked."

Asked by the one of the MPs on the committee whether the UK Government was doing enough to bring the island on board, Senator Gorst smiled and replied: “I think I would like to make more progress in that regard.” 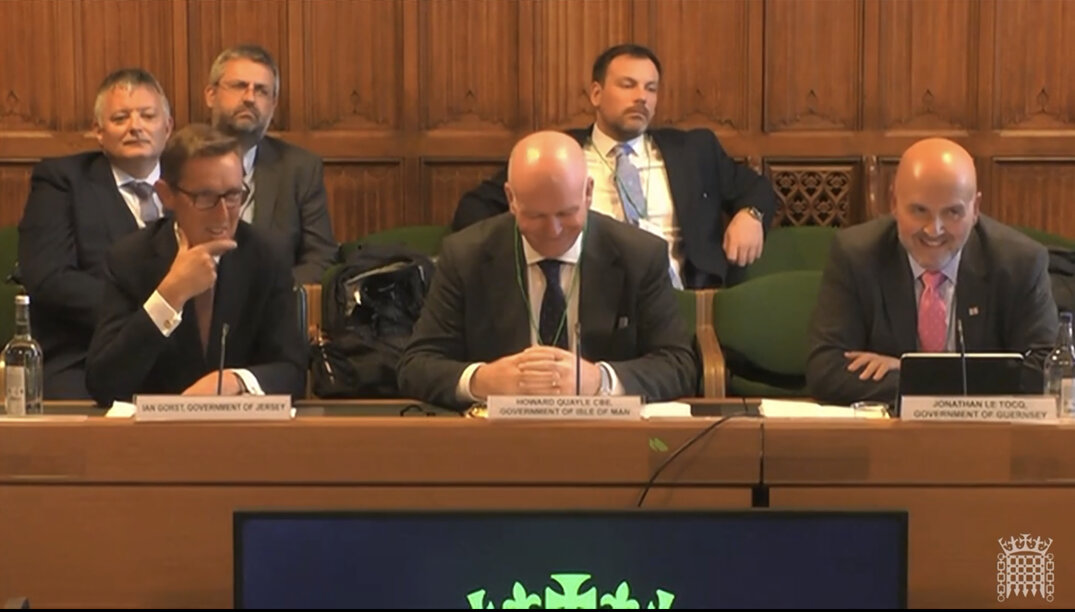 Guernsey’s ‘External Relations Lead’ Deputy Jonathan Le Tocq added: “We have made it pretty clear [that we want a bigger involvement at COP26], but it would be good to see some movement in that area.”

Setting out a vision for Jersey that “by 2030, Jersey will be recognised by its clients, key stakeholders and other partners as the leading sustainable international finance centre in the markets it serves”, the report included short-term and long-term aims.

One of them was realised in July, when the Jersey Financial Services Commission published new disclosure requirements aiming to address the risk of ‘greenwashing’, which relates to funds being mislabelled as having a sustainable objective.

COP26, which will be hosted by the UK Government and opened by the Queen on 31 October. Following a recent report by the UN’s Intergovernmental Panel on Climate Change, which was called a “code red for humanity”, the conference has been billed as the most important yet to avoid global catastrophes, such as heatwaves, droughts and flooding.

Posted by Jo Collins on Sep 9th, 2021
I wouldn't worry about it too much. This gathering of the powers that be is just a show to make it look like they're actually doing something. Yet they set target dates well beyond their political terms and careers without stating how these targets will be met and with no plan to be held accountable against. Farce!
Posted by Scott Mills on Sep 9th, 2021
Oh my god, what do Jersey want The Chairperson for the whole world. All they want is to sell by offsetting carbon. Green finance...sounds like a dealer.
To place a comment please login Login »