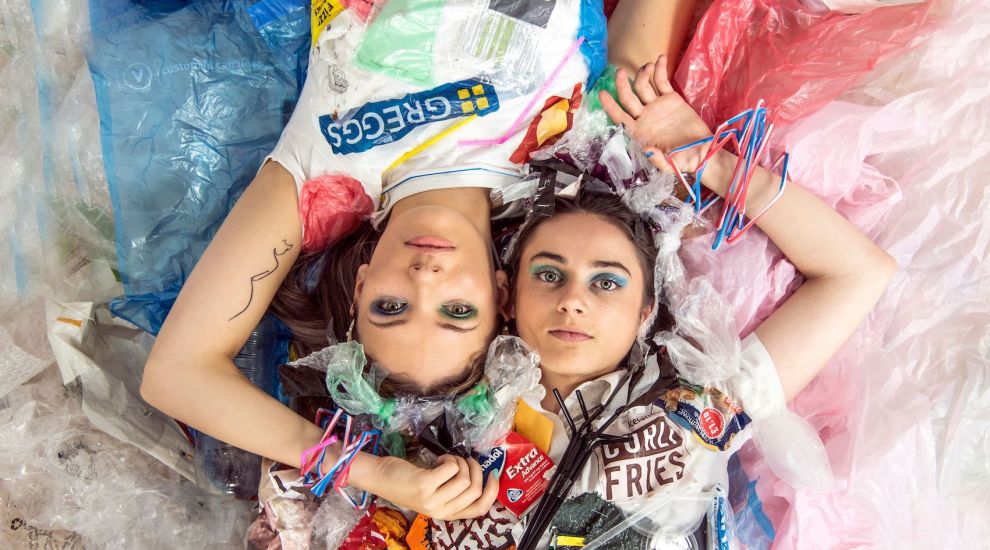 A Jersey-born performance artist has been encouraging people across the world to get involved in cleaning up the streets, inviting them to pick up and reuse plastic in imaginative ways.

One half of Plastica Gals alongside performance partner Emma Gannon, Bryony Harris has been making theatre promoting sustainable living and eco-awareness over the last year.

The duo's latest show, ‘Plastica Galactica: Get Involved’, was an interactive online experience made for the Sheffield Unshut Festival on July 2 that challenged its listeners to go on a street clean and create weird and wonderful items from the plastic they picked up.

The pair have been posting the results of the street clean online, with creations ranging from styrofoam marine life to pen pots to ‘eco-bricks’.

Discussing growing up in Jersey and getting involved in its theatre scene, Bryony credits the Love Theatre company for sparking her love of creating performance.

The piece she co-created and starred in while there, ‘Being a Girl’, won the Roy Berezai Eisteddfod award in 2014, and was toured around schools across the island.

“With Love Theatre I really enjoyed the devised element of it, not having a script you follow. I love it because it’s about what you want to talk about and it’s your platform to talk about. When we did ‘Being a Girl’, it was all about our feelings about being teenage girls and what we all go through,” she told Express. 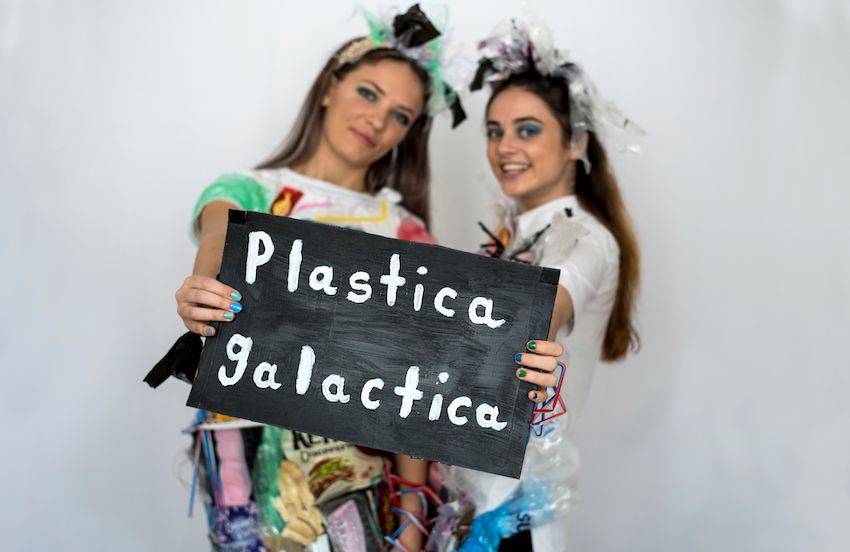 Equally, the beaches of Jersey made an impact, as Bryony explained: “I definitely have Jersey to thank for my passions for environmental activism; I was always taught to respect the beach and to clean up after myself.”

She carried both her love of devised theatre and activism to University in Chichester, where she met Emma Gannon, co-creator of the Plastica Galactica project. The pair struck up a friendship over meeting for regular beach cleans with the Marine Conservation Society, and soon decided to do a full hour-long show on the topic.

Born out of these conversations, the show has since been performed in venues in the UK such as Camden’s People’s Theatre.

The show is a blend of pop culture and serious environmental discussion, taking its audience through issues surrounding plastic and waste.

Bryony described everything on stage as DIY and recycled, from the props to the costumes.

Looking at the responses to both the theatrical show and its online counterpart, Bryony said that it was getting people to realise that individual action can change things in a huge way that has been deeply important to her and Emma, and that “we’re very proud of the fact we’ve got people to change the world.”