WATCH: "We must better reflect the rich diversity of Jersey" 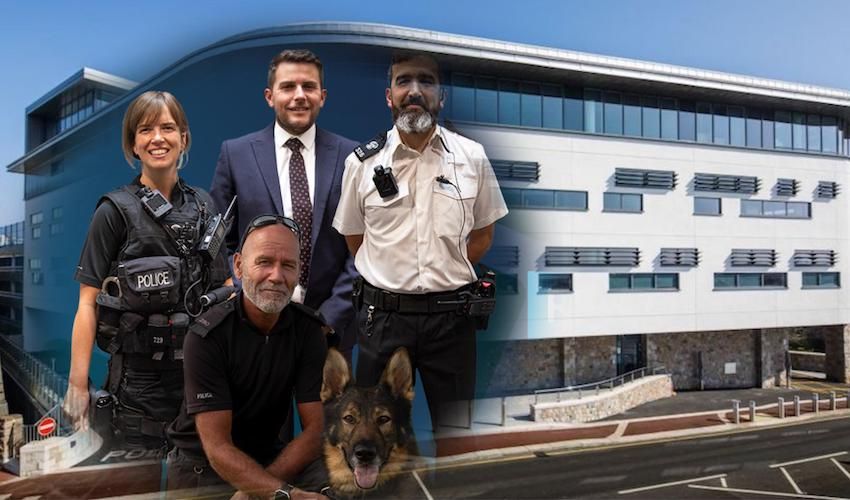 WATCH: "We must better reflect the rich diversity of Jersey"

Jersey’s Police Force is aiming to better represent the population it serves as a major new recruitment campaign, which comes at a time when officer numbers are at their lowest since records began, gets underway.

All applicants applying for roles in 2020 will be put through a selection process, spanning four months, in which those who have the necessary skills and potential will be identified.

Acting Superintendent Alison Fossey, said: “This is a fantastic profession that lies at the heart of island life, but we must better reflect the rich diversity of Jersey.

"If you’re good enough and you meet the qualifying criteria then you have an equal chance of success, regardless of your background.”

The number of new recruits that can be taken on will depend on funding and how many current officers will step down during 2020.

The first of the new officers that successfully apply will start their training in spring of 2020 with Norfolk Constabulary, where all Jersey Police officers complete initial training.

The new recruitment campaign comes amid serious staffing difficulties, which have led Jersey to fall behind England, Wales, Scotland, Guernsey and the Isle of Man with significantly fewer officers per 1,000 population.

Despite crime increasing by 13% and incidents requiring their help rising by 29% in recent years, as well as further demands in the areas of cybercrime, counter-terrorism, and support for vulnerable people, staff levels are at their lowest since records began.

The Government Plan therefore includes a funding commitment of more than £7million between 2020 and 2023.

A document outlining the rationale for the funding, which will be subject to States Members' approval in a vote in November, notes: "This budget growth will support an additional 10 officers to further strengthen front line policing capability and capacity, as well 6 police staff to improve effectiveness or enable  the release of further officers to frontline duties. This will increase police officer establishment from 190 to 200.

"The Council of Ministers has also agreed to find and release additional funding (c.£700,000) that is not contained within this Government Plan during 2020, in order to increase police establishment by a further 15 officers and 3 police staff, increasing to 215 police officers. Whilst not included in the 2020 expenditure, these budget increases have been included in 2021, 2022 and 2023 forecasts.

"Such an increase would improve the ratio of officers per 1,000 population to from 1.8 to 2.0; this is still fewer than the average for England and Wales (2.1), Guernsey (2.4) and the Isle of Man (2.6), but marks a significant improvement on the police's current position."

More details about the recruitment process be found online, with the closing date for applications 6 September 2019.